If you walk around Manhattan or Brooklyn for an entire day, you will most likely spot at least one trace of A Color Green hanging around somewhere clever. The iconic faces take the form of anything from stickers, throw ups, and various clothing and accessories. These faces are an all-encompassing signature for the production company that is A Color Green, starring an edgy and sometimes crude character that expresses the messages of this NYC filmmaker. The artist remains anonymous to the public, allowing A Color Green, a.k.a. Mr. Green, to speak for himself.

I was lucky enough to visit the studio of A Color Green and chat with the artist about why and how ACG was created and what kind of productions we can look forward to seeing in the future.

I choose art probably because it’s my easiest form of expression. For someone who’s usually quiet, who would rather sit back and remain anonymous and check a crowd… it’s the ultimate release. I also think art presents the important opportunity to discuss more than just individualism, but expand into politics and greater culture. It’s entertainment, sure. But – it’s multi-faceted; it doesn’t have to just be one thing. I work with a bunch of different mediums. I grew up on slapstick comedy but also watched movies like The Deer Hunter which entertains with it’s beauty and haunts the shit out of you with a bleak truth familiar to something you’ve actually experienced or witnessed in one way or another. Sometimes its more than just making people laugh, it’s exposing conspiracy or showing you what reality is… even if its a fabricated version of that. Art shows you something you wouldn’t normally think about and that’s one thing I’ve always enjoyed.

Who is Mr. Green?

Mr. Green or, A Color Green is a character I’ve created to represent myself and my greater work. In a way he’s a critic, a caricature of some of my cynical thoughts, political beliefs exposed as a skull-less, black & white burrito bum. He’s a cartoon, a face on the street and ultimately the accumulation of a bigger thing which is A Color Green – that cartoonish Larry David who likes to say what he thinks whether its “Fuck Katy Perry”, “Smoke some Green”, or “Everybody have a great day!”. Everything comes from my own bended prerogative I guess. As I start doing bigger stuff, there should aways be a message involved whether it’s political or, that goofy get-up about ‘going green’.

What part of the process of developing Mr. Green is your favorite?

I think the best part in developing A Color Green and putting him out on the street is that it all started as kind of a simple thing. I thought of A Color Green as a production company I would start one day. I always thought of the the character as more of a logo that maybe I would use to brand my films. When I started developing the face while also exploring animation. I found there was interest in my weird animations and kept pushing the Green character. When I moved back to Brooklyn I got caught back up in the art and started throwing up as many stickers as possible. I took a class on graffiti at Pratt taught by Sasha Jenkins. Our homework was just to work on our tag. I kept trying to just write the face as a throw up that I could use as a simple signature. I think that within a few months that really helped me work towards ‘the face’ I have right now, which I’ve been sitting with. It’s fun to take the face and draw a mustache on him or give him a different shaped head. Lately I’ve been working on some comic canvases – basically just a kind of hacking comic books and inserting the character in for some fun pieces that I can turn out and enjoy making.

What are the upcoming projects for A Color Green that you are excited about?

This year I’ll be more involved with the Sticker Social Club – We just installed some work at the Young New Yorkers Silent Auction (at the Joseph Gross Gallery) and have a few more art shows coming up this Spring / Summer. As far as regular A Color Green stuff goes, I’m finishing up a short film called “Milt Retires” and in pre-production on an animated series called “Buddy and the Drone”. Other than that, we just wrapped the production on our first “A COLOR GREEN ZINE” – I’ll be hosting a small release party at the Dardy Bar in Williamsburg on April 14th.

Click the links below to get more of Mr. Green: 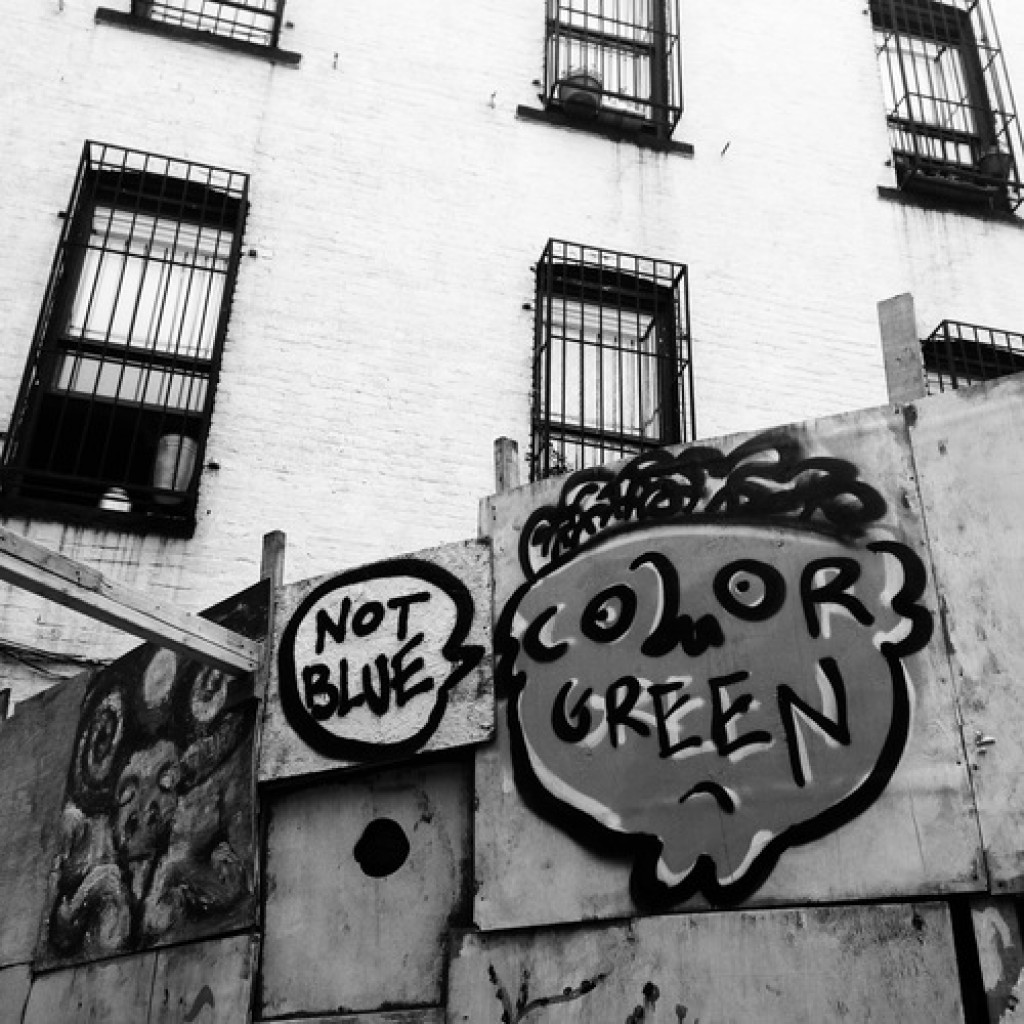 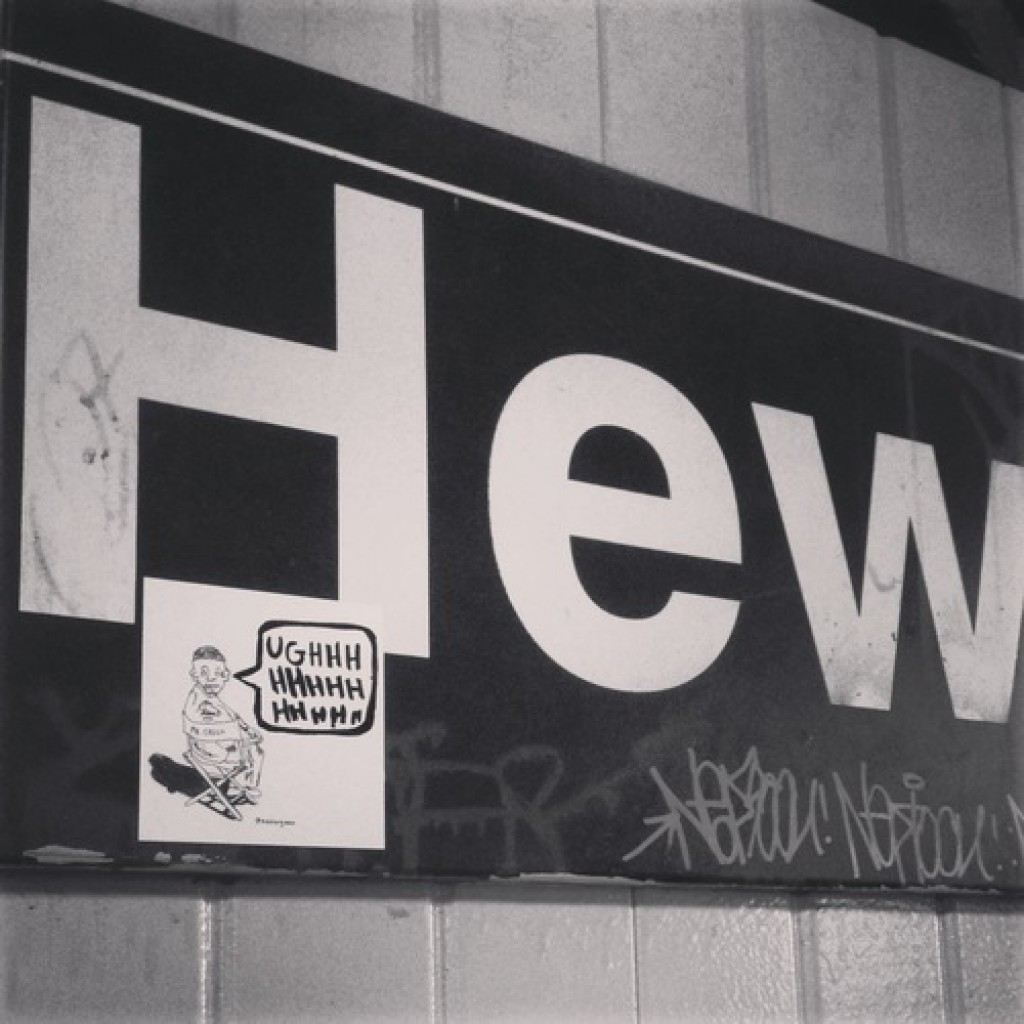 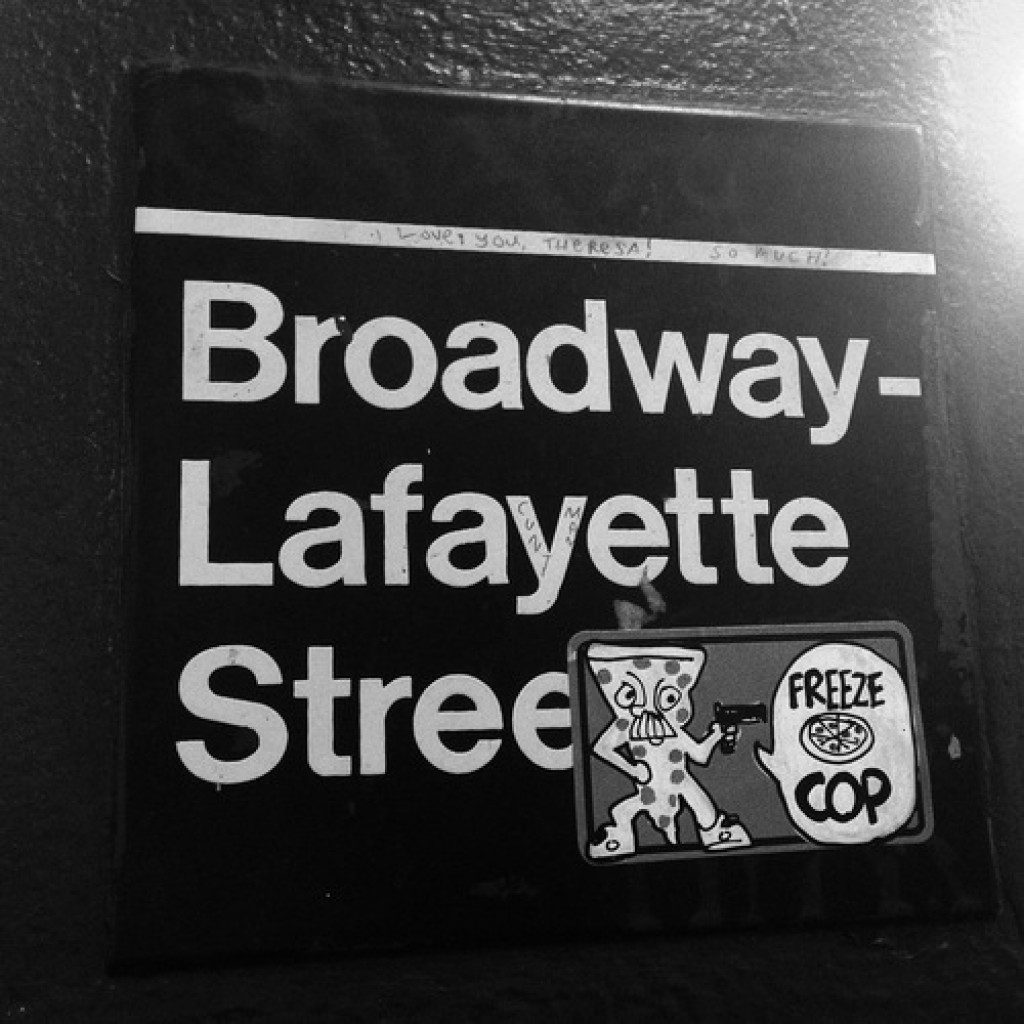 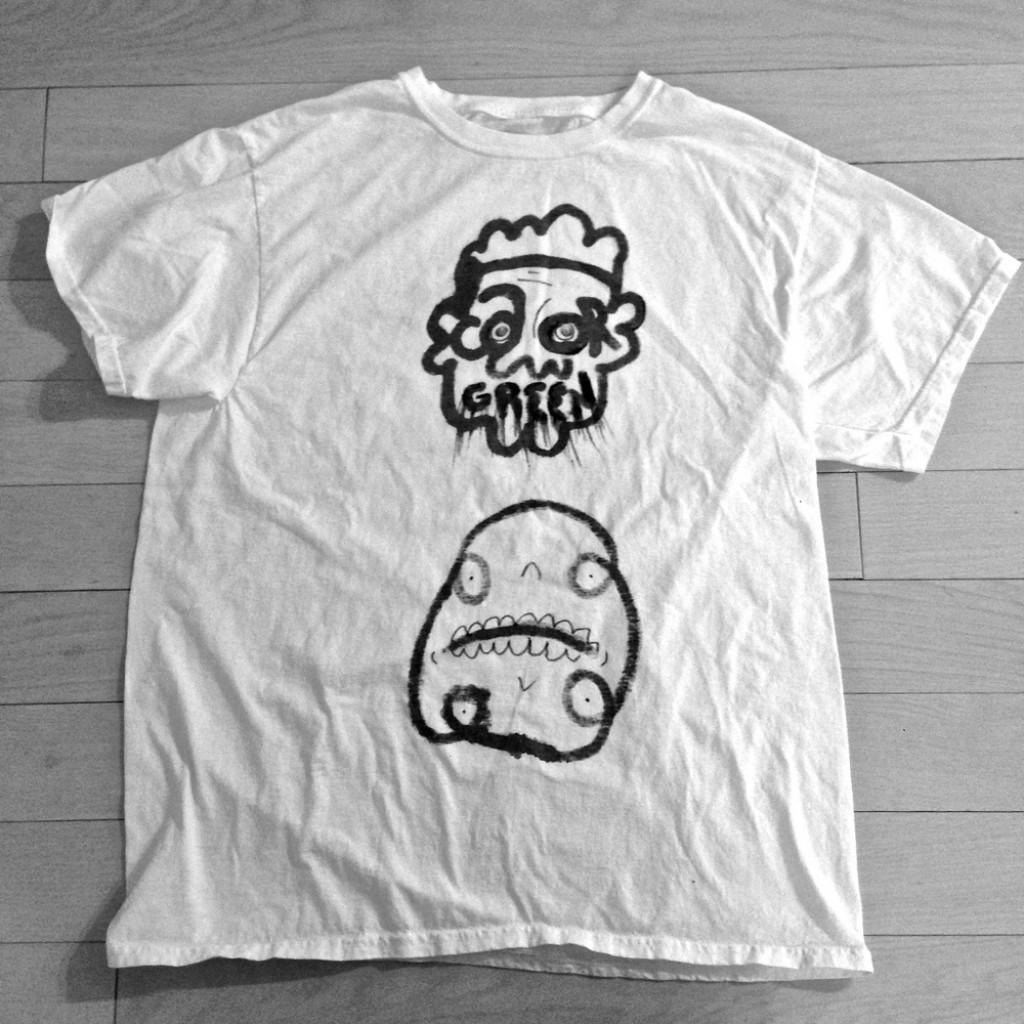 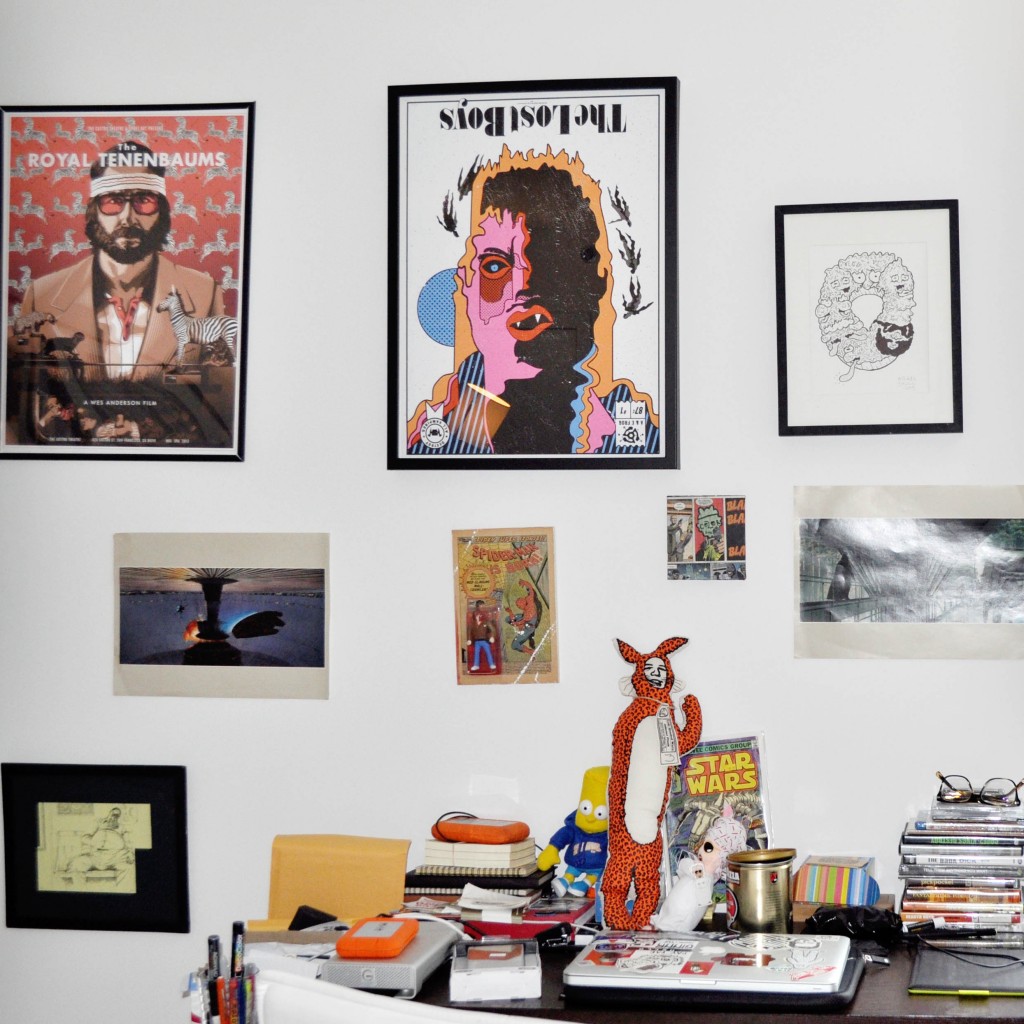 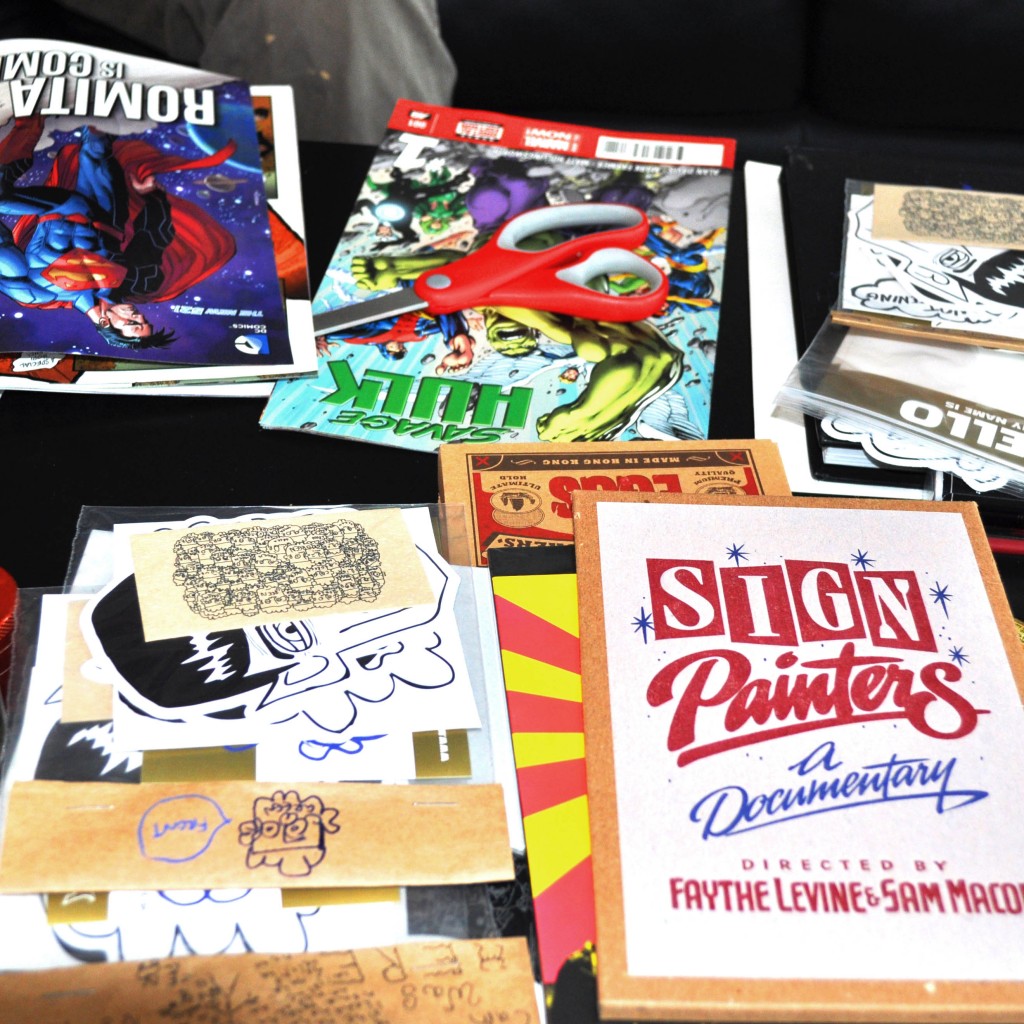 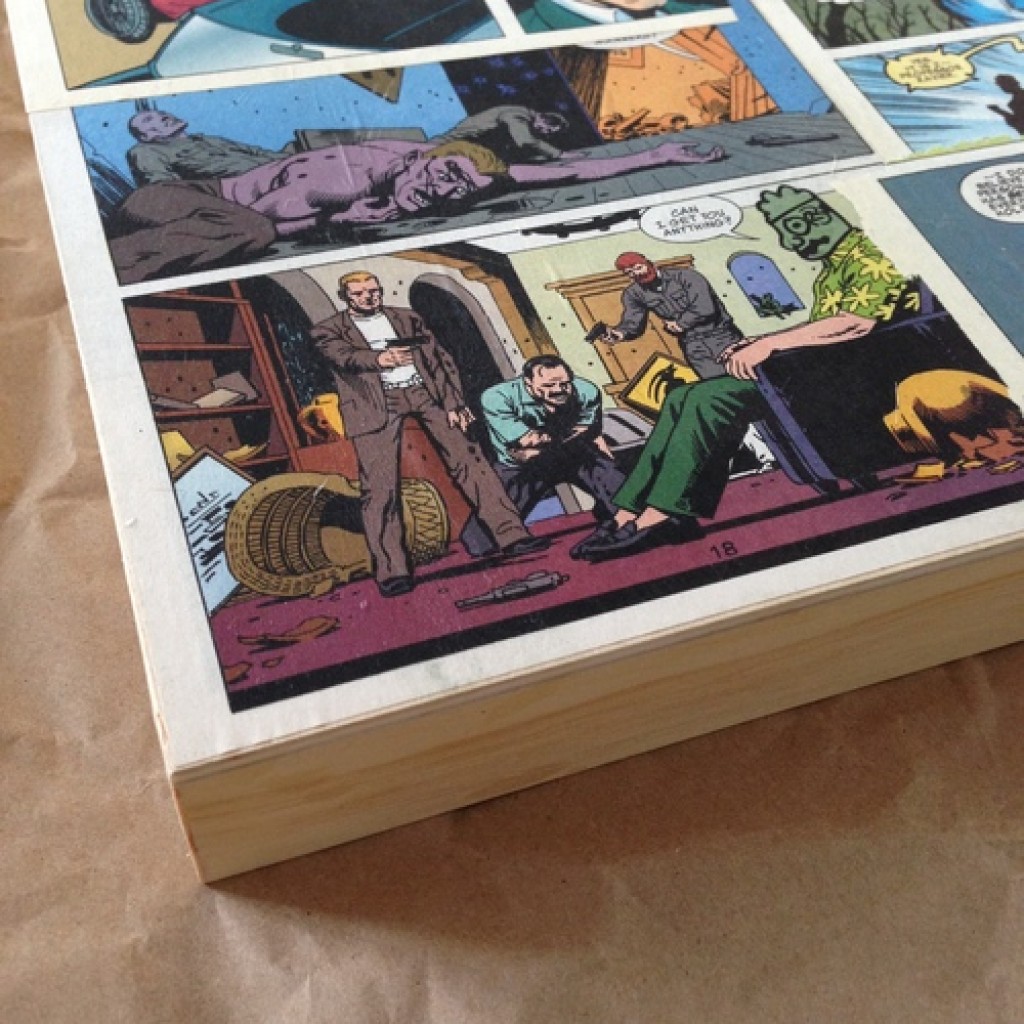 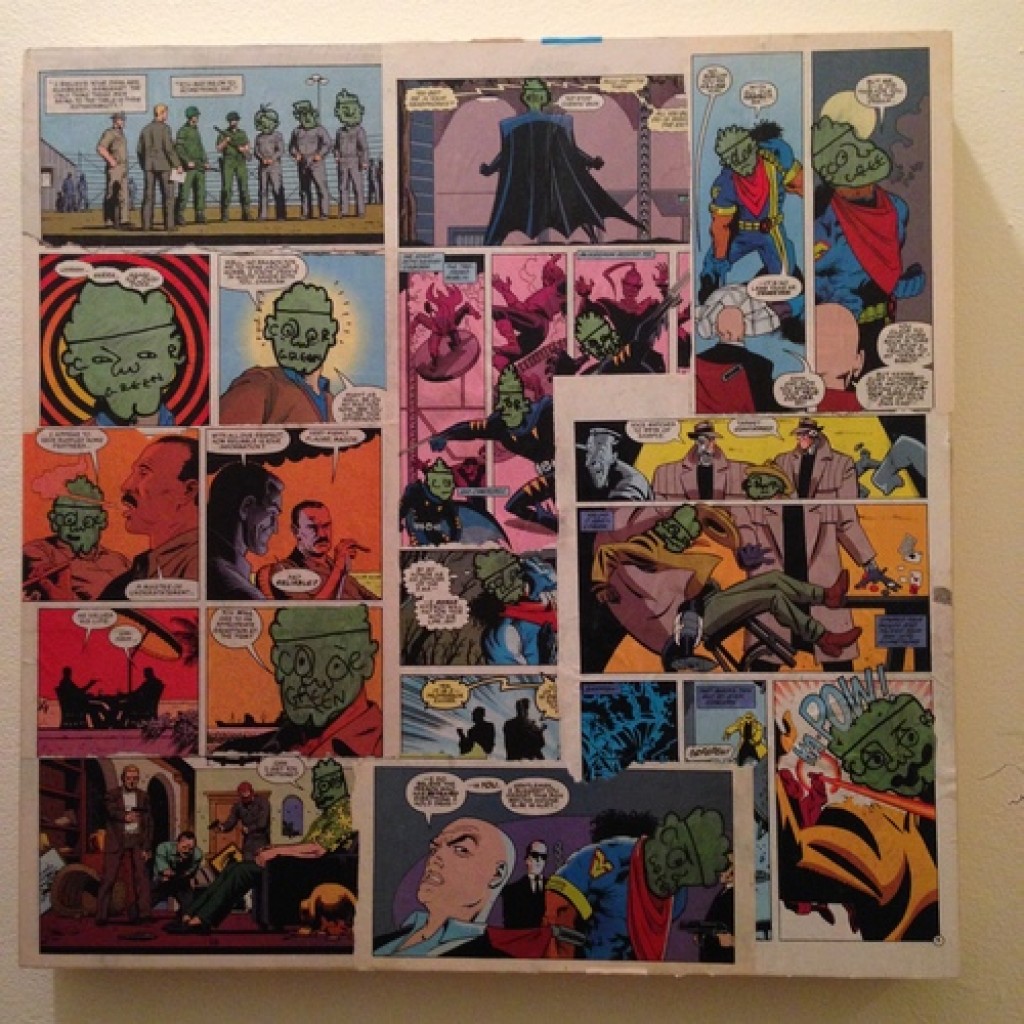 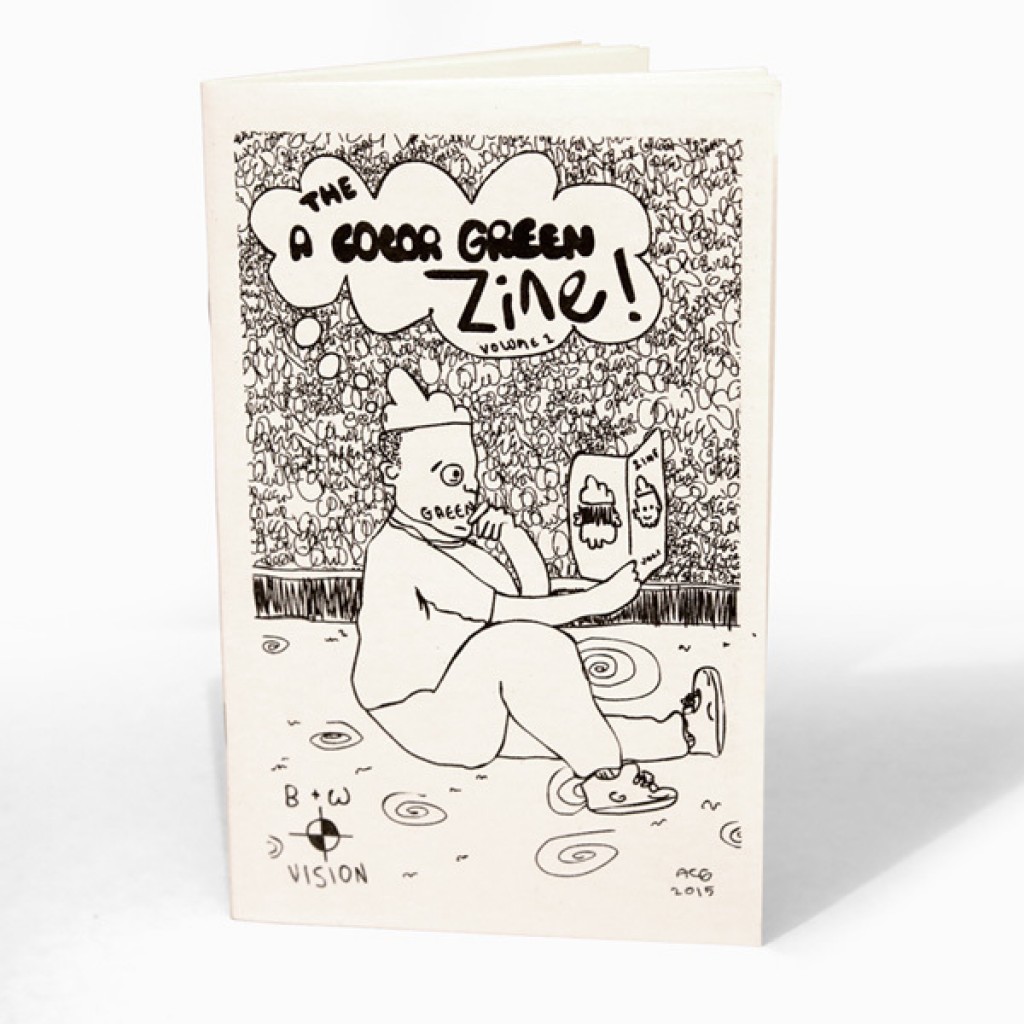 Krista Moy
Krista believes that art is an expression of one’s soul in unlimited forms and experiences.
Related Posts
Comments