This left us fascinated. So, in an effort to tame our intrigued mind, we asked Monick a series of questions and discussed his artistic process.

We Choose Art: At first glance, this show seems very eclectic. How did it come together?

Dan Monick: “I can’t remember why I started shooting the psychic windows… I mean I’ve always liked neon, just neon signs, fluorescent signs, all that kind of light reminds me of like being a kid…

We Choose Art: It has a nostalgic feel to it?

Monick: YES, exactly! And I was always drawn to neon window displays. They’re just so classic, like donut shops and psychics, they used to be everywhere. I just kept shooting them and shooting them and then the animals (referring to the Coyote photos), these are all taken just down the street from my house. They’re all from the drive home between my house and my studio. Once I started shooting more of those, I thought in a weird way they’re sort of the same thing. You know? The psychic windows and these glowing eyes.

We Choose Art: And I see some of the photos are mounted in a way that has left them smudged and imperfect underneath the top layer of plexiglass. Can you elaborate on that?

Monick: One night, I don’t know what it was, I was just lying down and all of a sudden I was just like “COVERED IN RESIN WITH NEON FRAMES!” Then it took a while to learn how to do it and it took some practice…then the LA Express Box photos came into the picture and it was like, “OH YEAH! This series is MY L.A.” Instead of…first it was the psychic windows, then it was psychic windows and coyotes, then it evolved into all the weird shit that I see when I’m cruising around L.A.

We Choose Art: So is it the lighting that ties it all together? The light reflection in their eyes, the neon signs?

Monick: Yeah, kind of. It’s supposed to be like you’re just cruising down the street and then you stop at a restroom. (Laughing and pointing to the hand dryer photos). The power boxes for the neon is left exposed, the glass is smudged. It’s like you’re looking into a window.

The scene is set from the moment you walk into Showboat Gallery. From the unassuming, exposed silver clamp light dangling from the roof, illuminating the entrance way, to the vintage, ripped and torn folding chairs that are holding the three old clock radios, the overall the experience of the viewer is that of looking into an old window with a neon storefront light display. The whole show is very thoughtful and extremely sentimental. Every single detail of this show has been conceptualized in the purest of ways.

Monick has successfully transported the viewer into a not so far pastime when people cruised down the street in their cars, enjoyed the glow of the neon lights on every store front, read physical newspapers and sat by their clock radios waiting to hear their favorite tune. He has shown how quickly these things have become outdated and forgotten…and as for why Dan Monick chooses art?

Silk Degrees is running until January 21st at Showboat Gallery or join him on Saturday, January 14th 7-9 PM during NELA Art Walk. 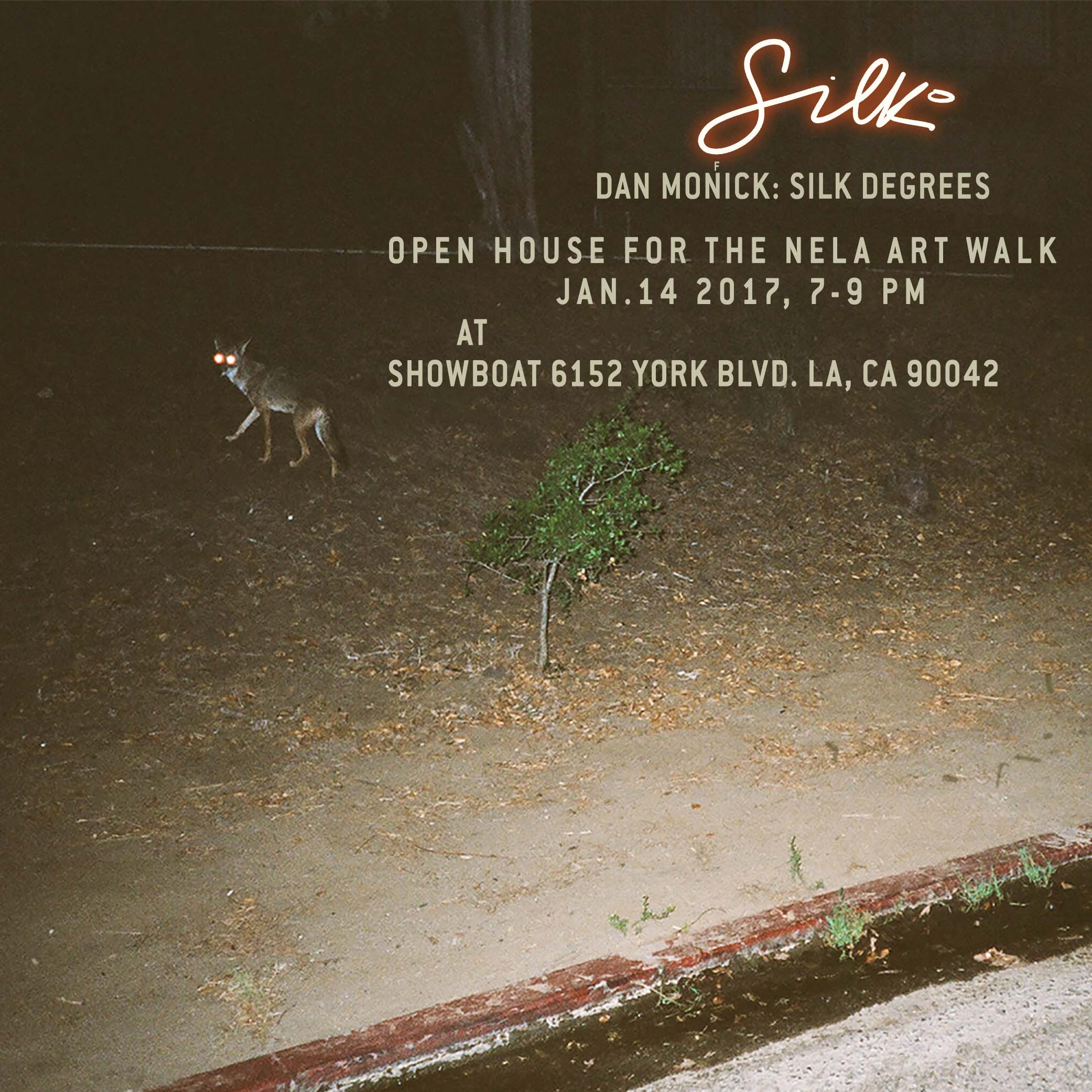 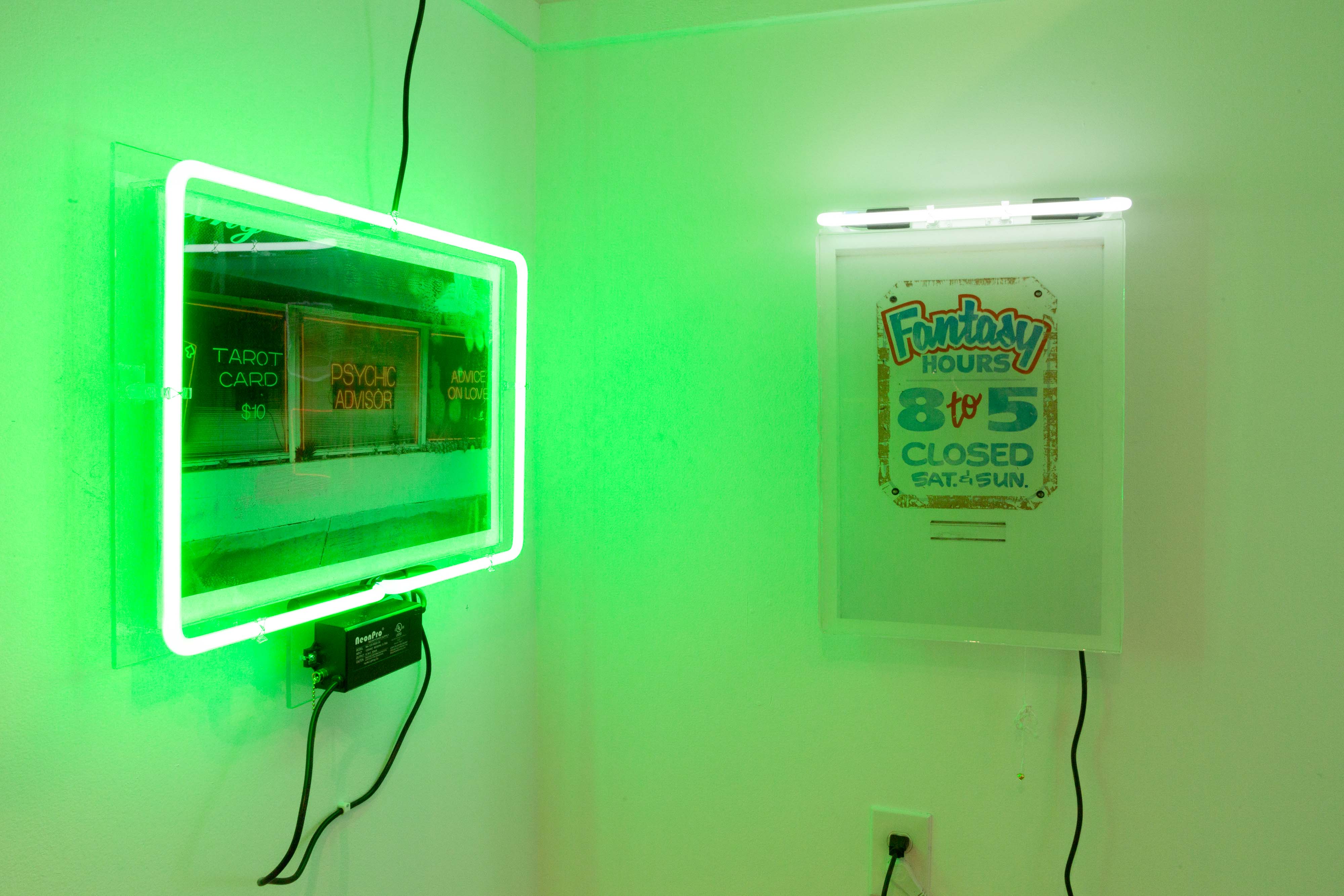 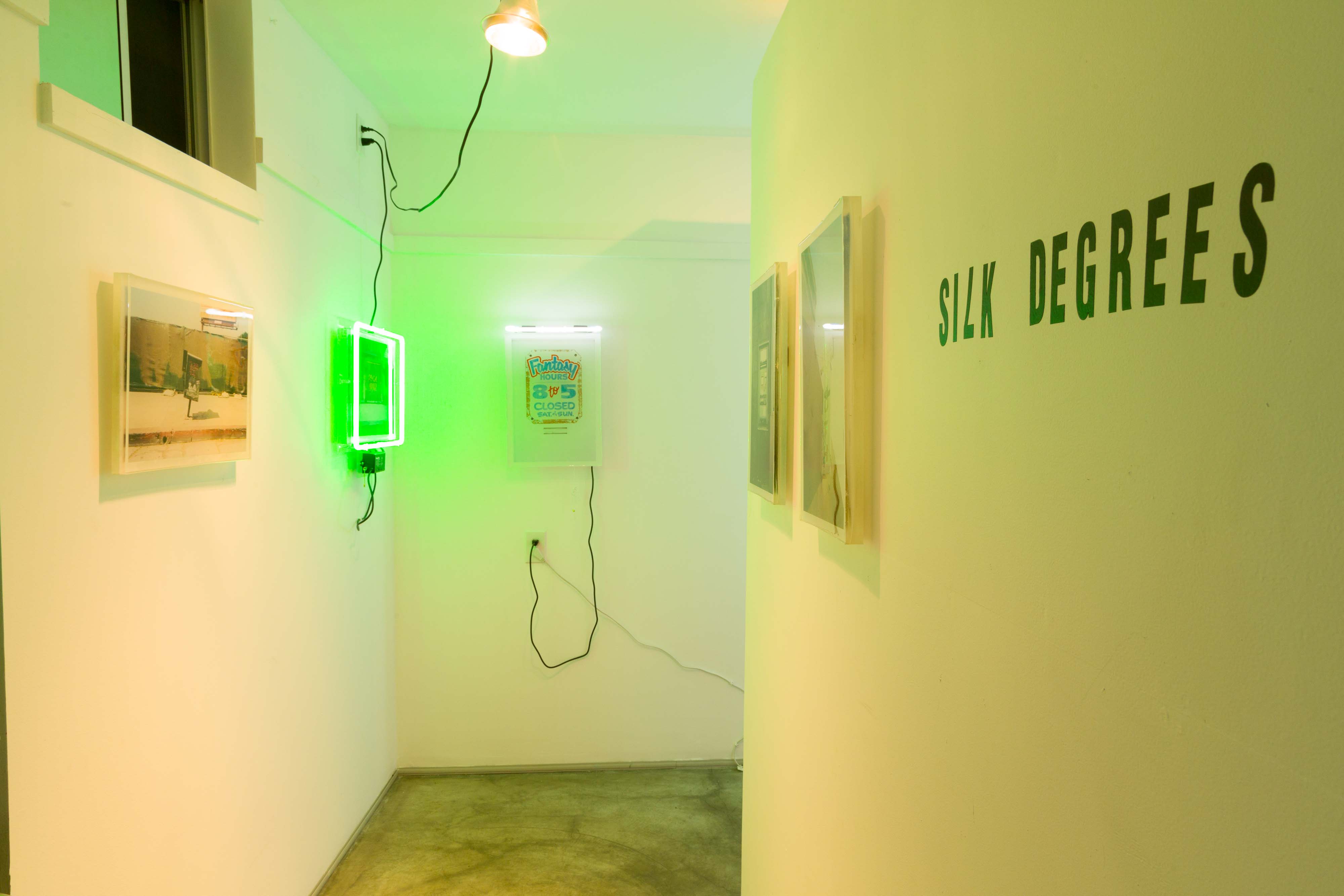 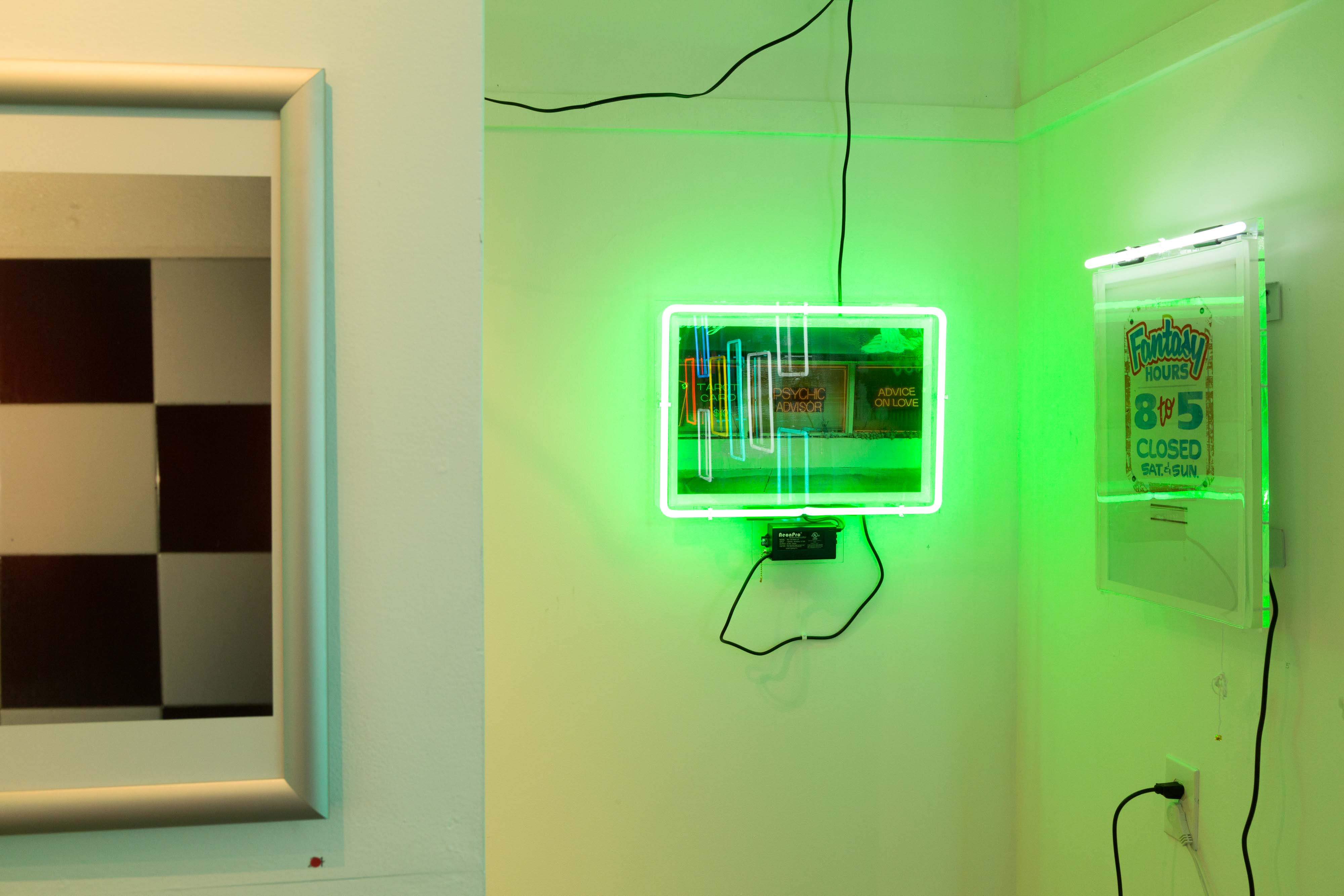 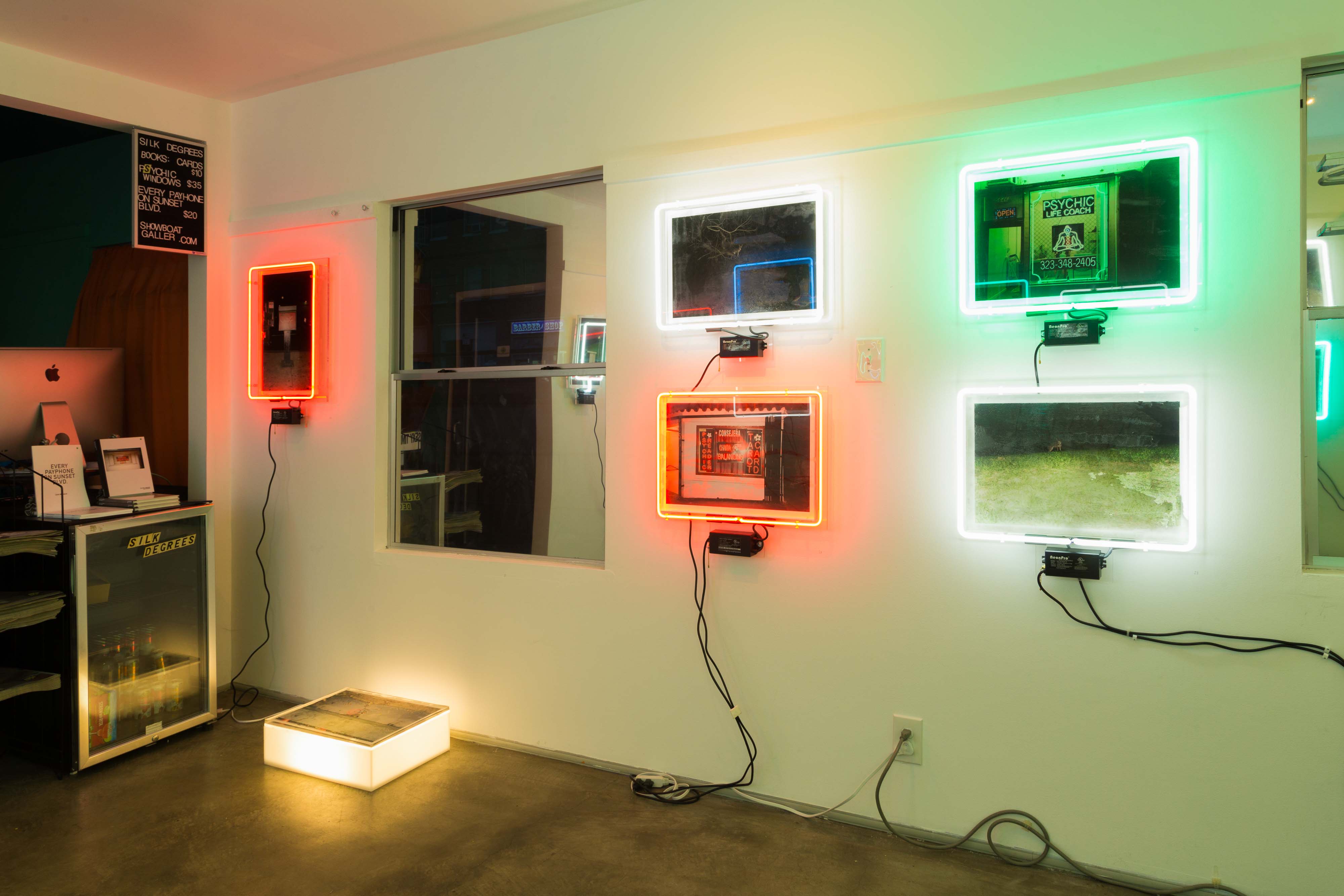 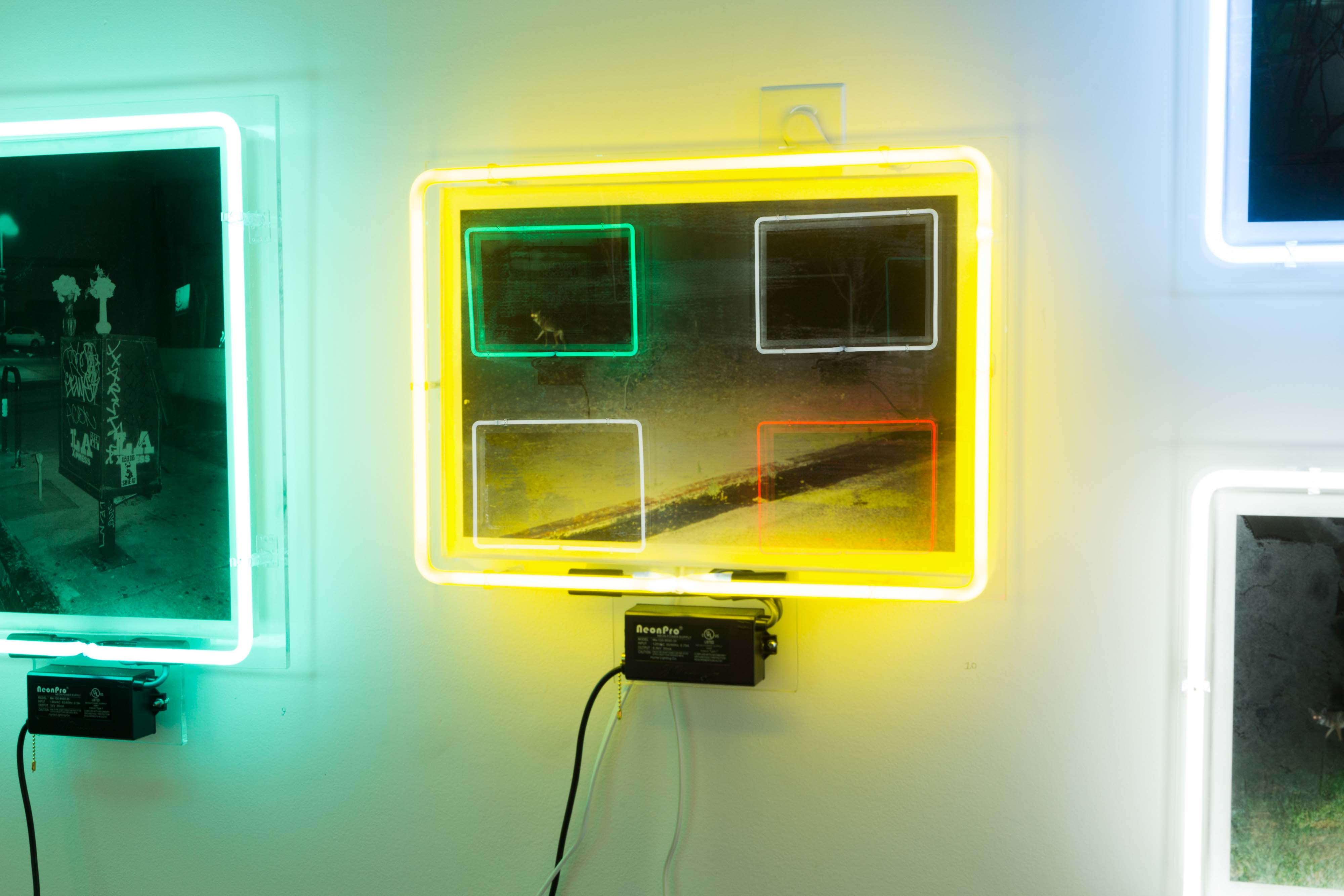 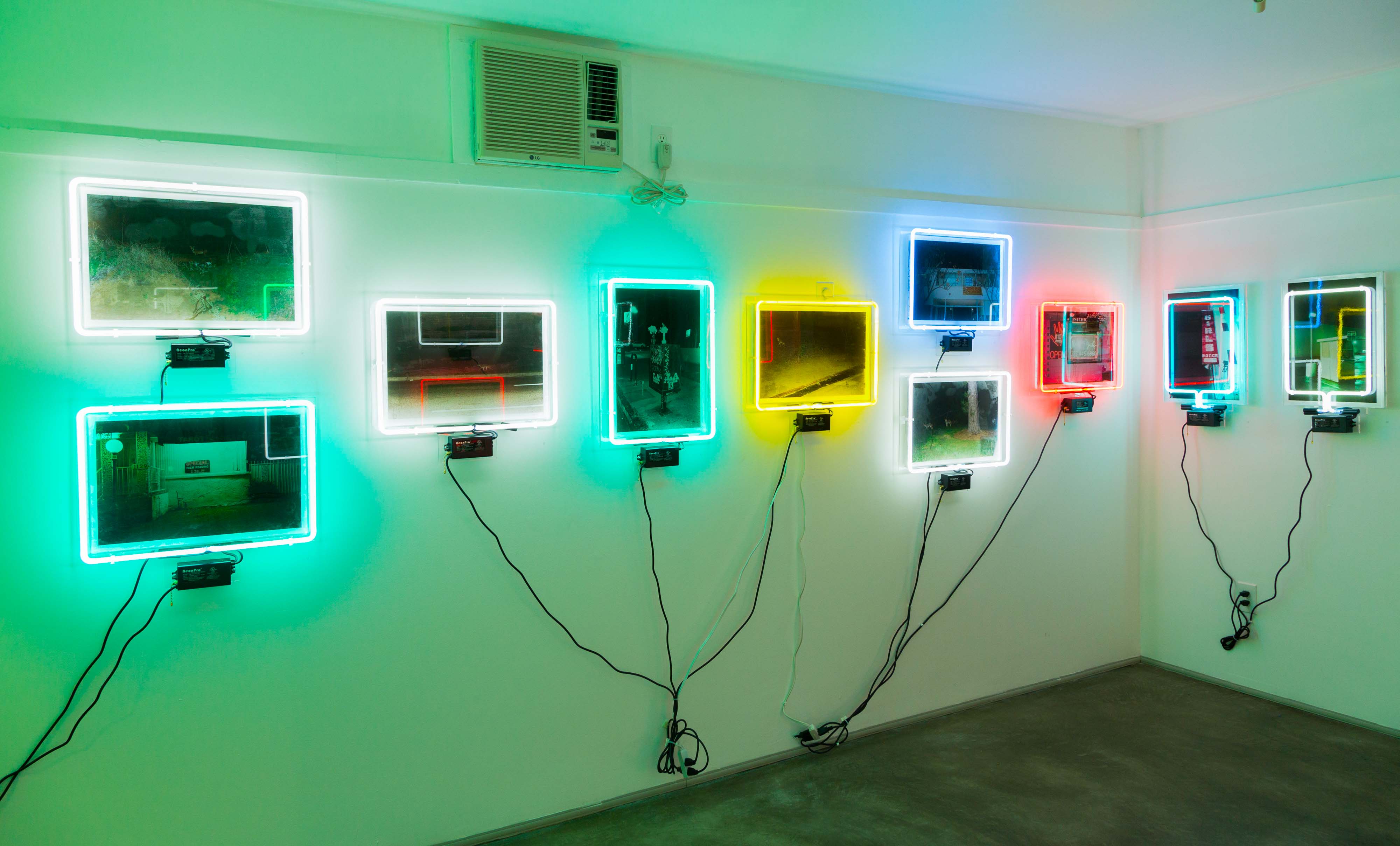 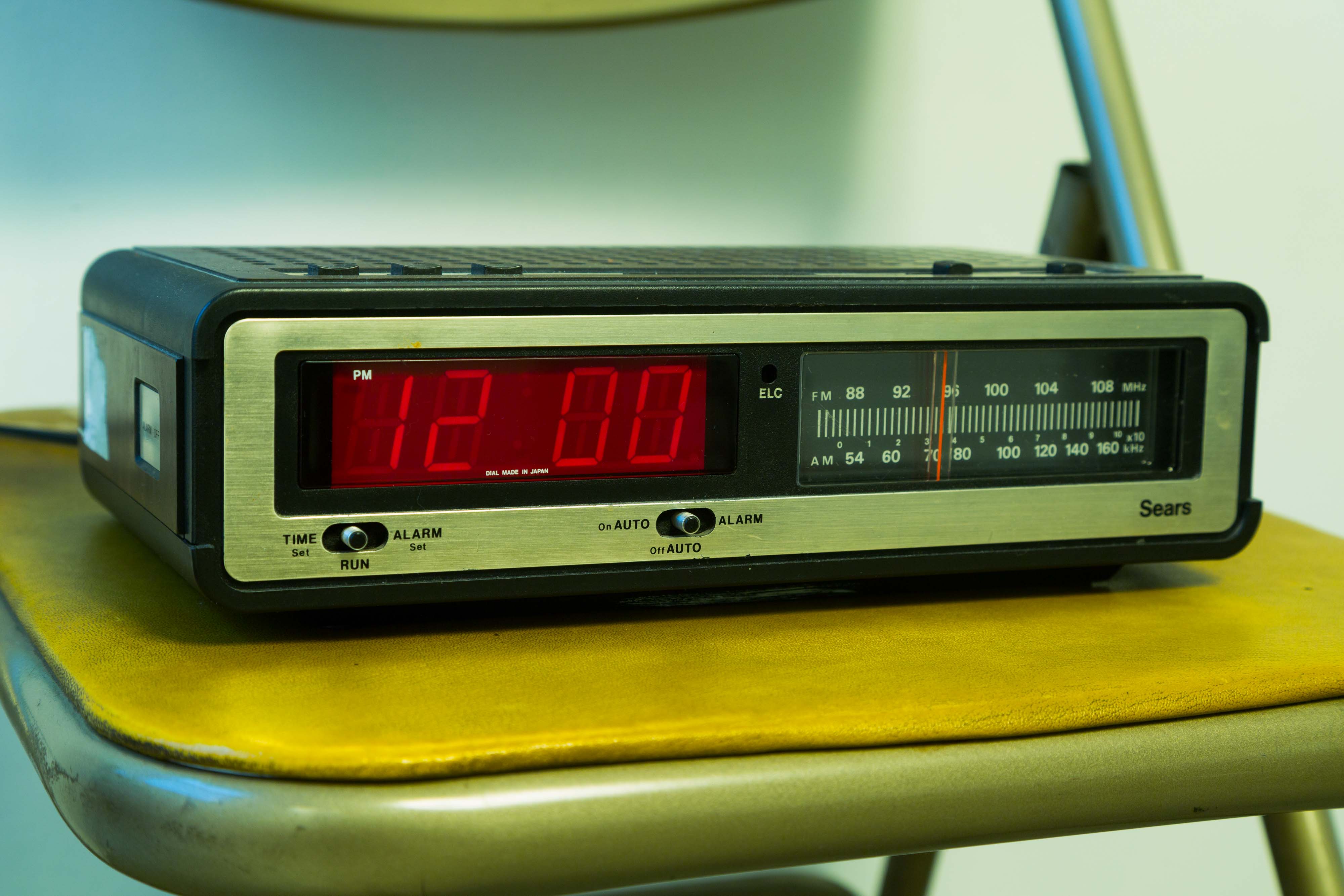 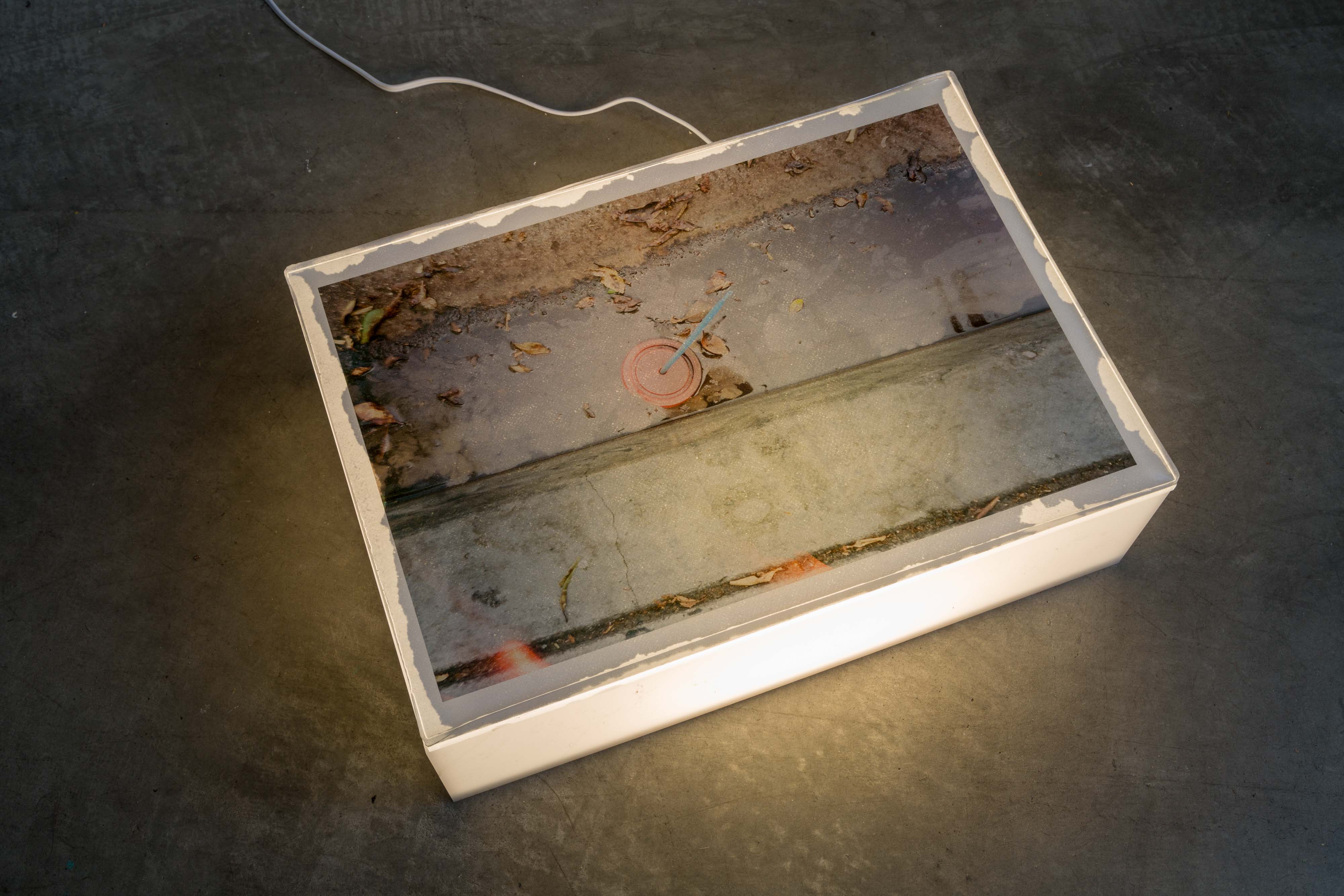 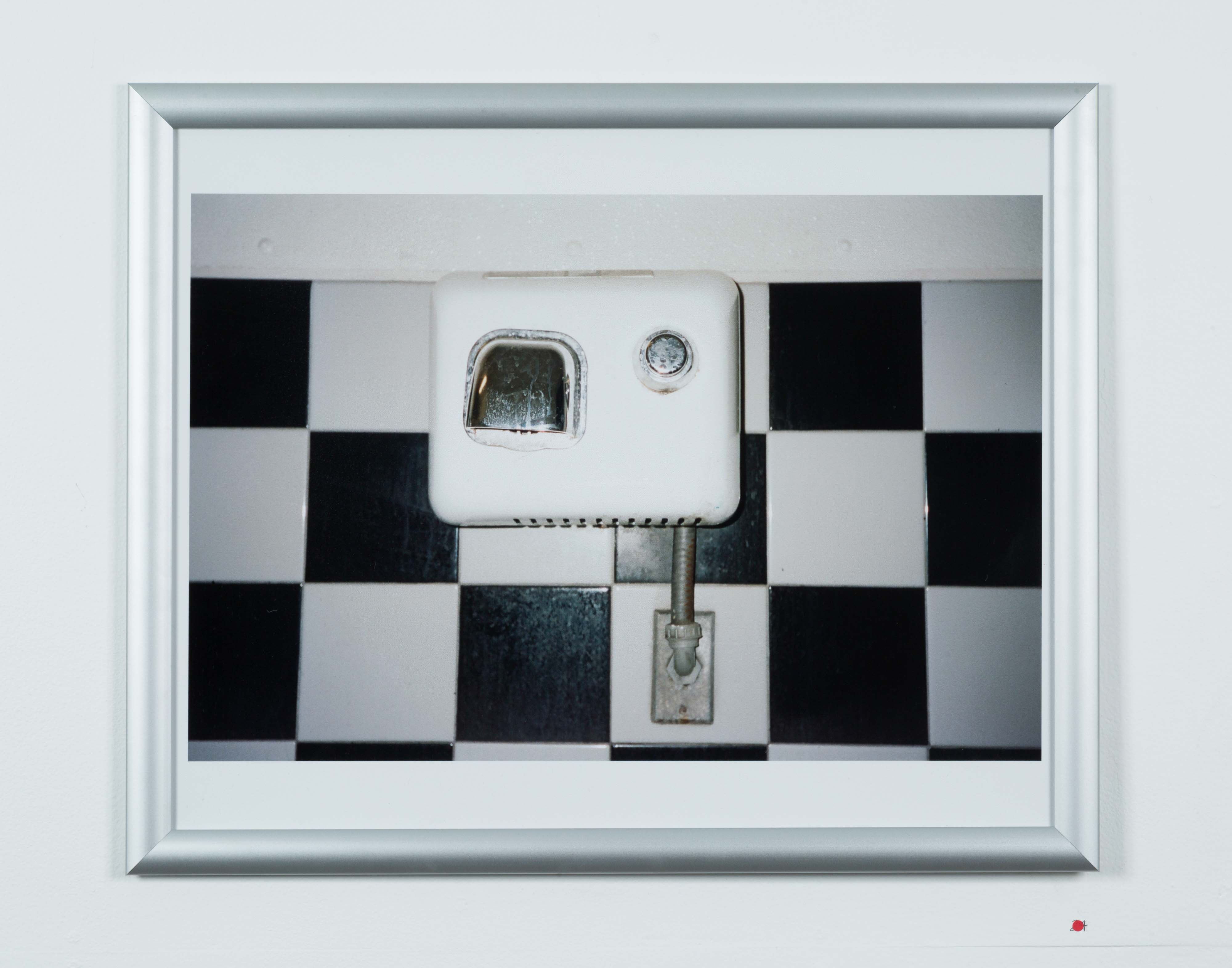 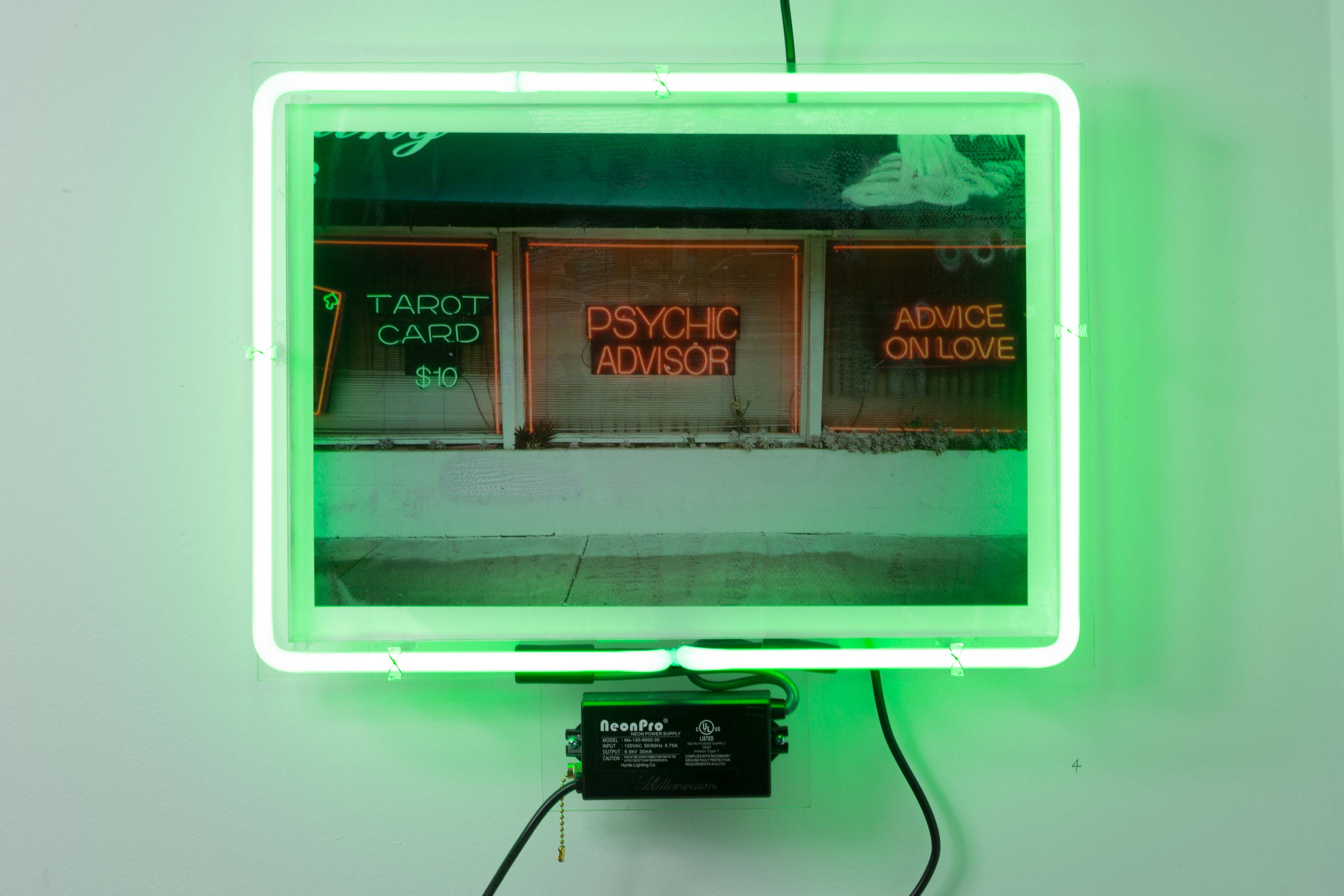 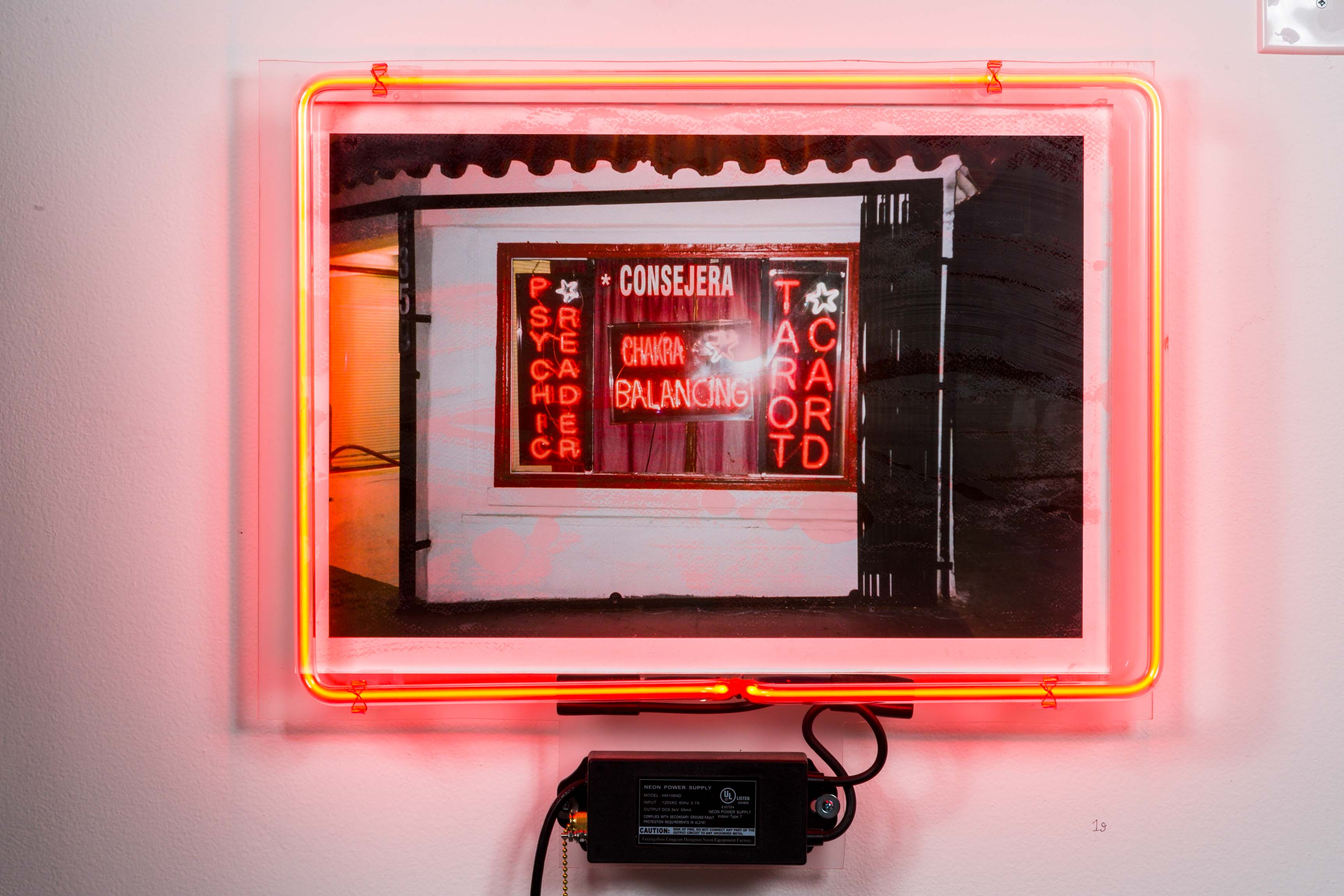 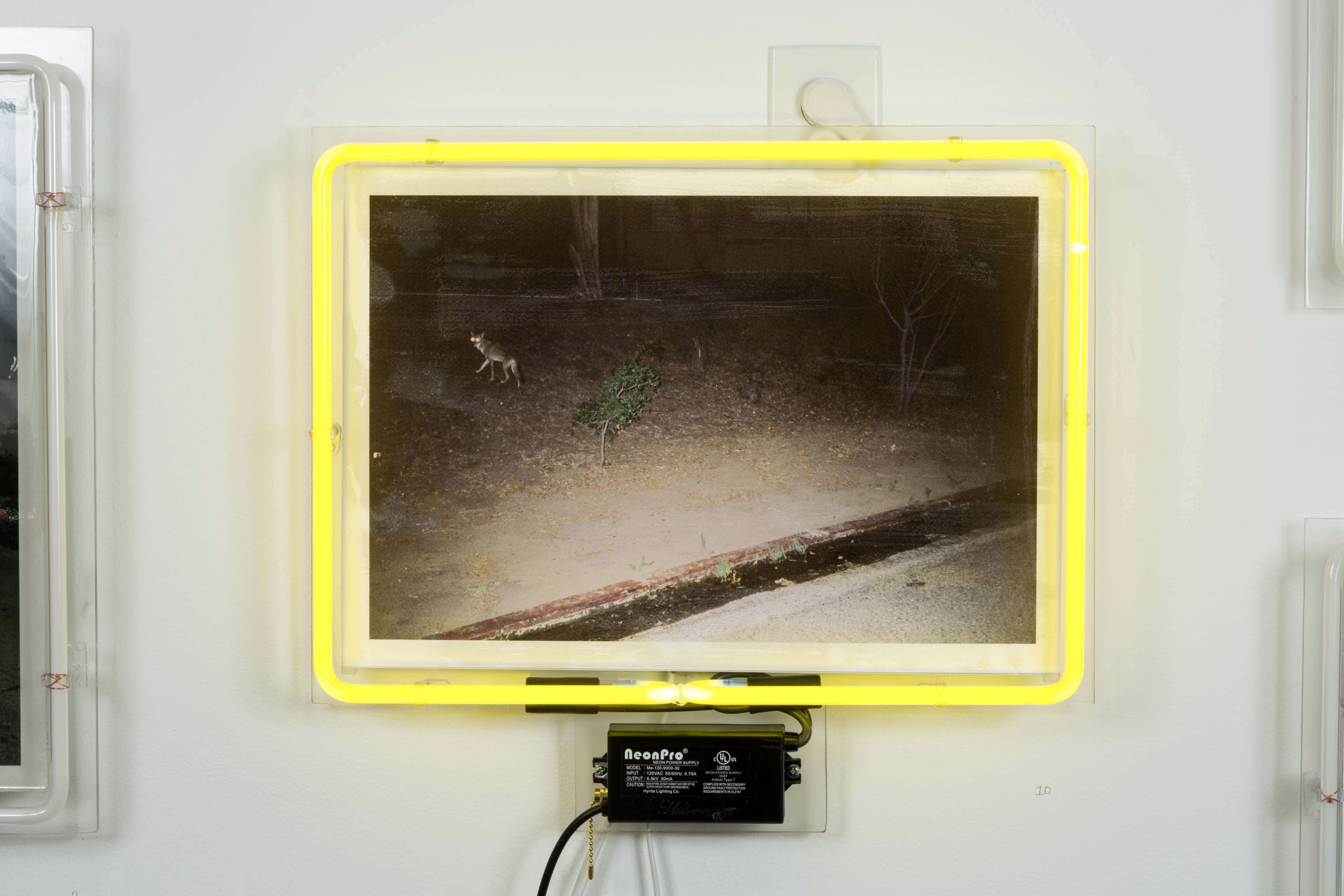 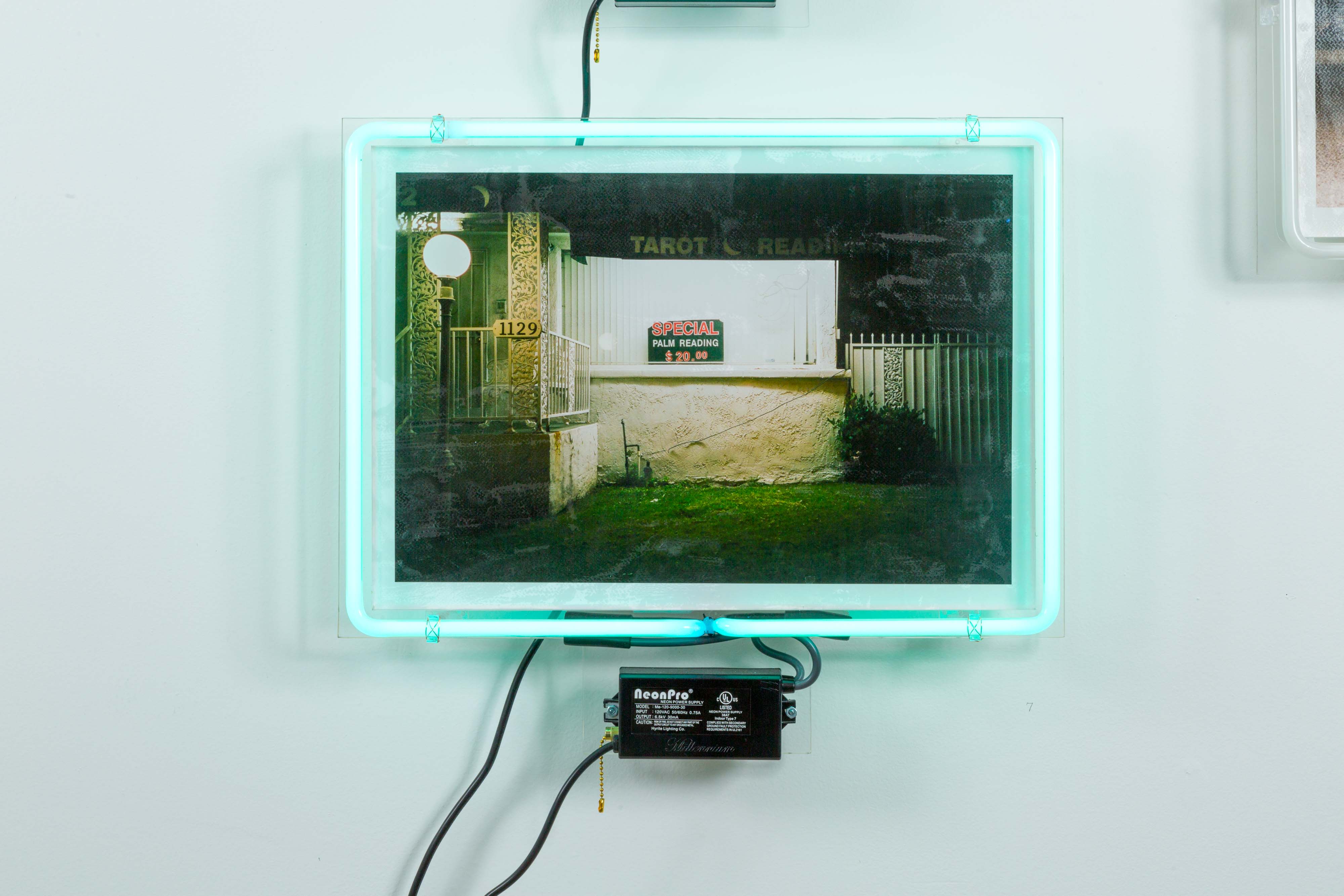