Dwora Fried creates tiny tableaux inside glass fronted boxes. She populates them with miniature vintage furniture, dolls, toys and fabrics from the 50’s, adding photographs, plastic ,wood, metal and paint. Her small rooms evoke what it was like to grow up as an outsider in postwar Vienna: being jewish, lesbian and a child of holocaust survivors, she learned to see everything through the prism of loss, danger and secrecy. “I inherited a sense of isolation, displacement and an appreciation for the surreal.” At first glance, the pieces seem to be colorful miniature doll house rooms; however their small size forces the viewer to get closer and share that intimate sense of alienation and solitude of the artist. Although Fried has been living in Los Angeles for over 30 years, her art is still haunted by the remembrance of her early childhood in Vienna, the whimsy and the not so imaginary dangers she experienced on a visceral level.

Her latest and upcoming exhibition is the “BIG BOX / little box” a Solo Show, opening on January 16th at Gallery 825 located in Los Angeles. Fried will be exhibiting a new series of her unique and intimate boxes for viewers to see …and one BIG BOX for viewers to experience!

We Choose Art had a few questions for Fried and tried to sit down with her during the handful of days that California actually experienced a downpour, or as Fried put it “compared to Austria, this is like a light spring drizzle….” But with California’s completely chaotic response to water falling from the sky we decided to conduct this interview via email.

We Choose Art: Can you tell me a little about the box series and how it began? What is influence behind them?

Dwora Fried: My box series started out as a dream: I had this collage exhibit and in my dream the images started to move. You know how on the iPhone the photographs move a little when you touch them, almost imperceptible, but it is a little shocking when you first notice it. So I decided to use a format that allowed me to let my images move and I found these boxes at IKEA and just went with it. At the time I was visiting my mom in Vienna and she was a bit of a hoarder, so I had lots of stuff to work with, shopping bags, photos, hair rollers, you name it.

We Choose Art: Has that influence/message remained constant throughout your artistic career?

Fried: My influence has remained the lack of a childhood, inheriting the angst of survival from my mom, who survived Auschwitz and Bergen Belsen. She was only 11 when the war started. I guess you have to grow up with a holocaust survivor to understand…

We Choose Art: You’ve been quoted as saying that you made the switch from collage to boxes over 10 years ago. Since then it’s been all boxes and all identical in size. Is this life size box the first time you’ll be breaking that mold and can you fill me in more on what led to you creating this large box, and what message you’re trying to convey with putting the viewer in the exhibit?

Fried: I came up with the BIG BOX idea, when a friend of mine said: “I wonder what it feels like to be in your world.” When you take a photograph of a person sitting in a box it looks like they are actually in one of my small boxes. To look at the small boxes, you have to get very close to them. It is an intimate encounter between the artist and the spectator. In the BIG BOX you cannot really see that much, the idea is to create that sense of claustrophobia, confusion and alienation that you get just sitting there.

We Choose Art: When reviewing your website I noticed you’ve done a lot of work and interviews for groups such as Amazing Women in Action and having work at FeministArtProject.rutgers.edu. How does feminism play a role in your life and in the work you create (if at all)? What types of adversities do you feel you’ve faced in the art world?

Fried: I have always considered myself a feminist, both my sister and I never questioned the fact that we were equal to men and had the same opportunities and rights as them. My father was a chauvinist and we just laughed it off. My three daughters also never questioned the fact that as women they have the same power as men. One is a photographer, the middle one is a filmmaker and the third one is going to study business. They of course are aware that women earn less than men, that women are less represented in film and in galleries and museums. But they are ready to change that.

We Choose Art: And finally, our last question is: why do you choose art?

Fried: As for why I chose art? Honestly, art chose me. It is what I call home.

With a past, present and future as dynamic and astonishing as Dwora Fried’s, it is no coincidence that her little boxes speak VOLUMES and her BIG BOX is sure to be an everlasting experience to be had. 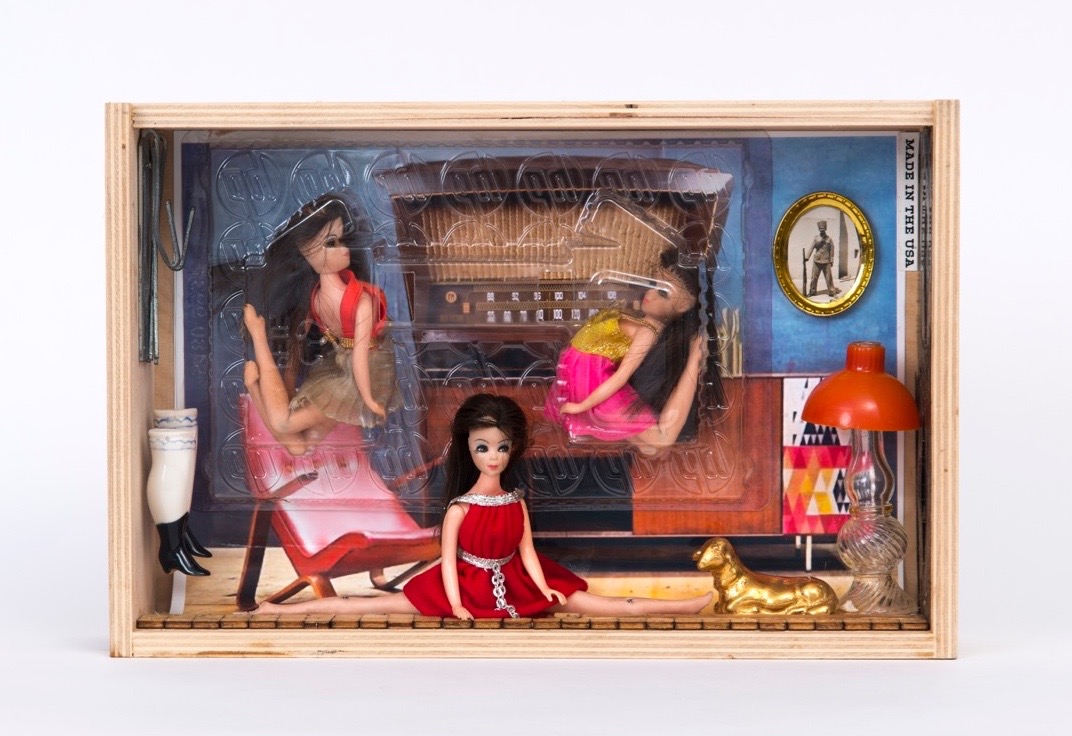 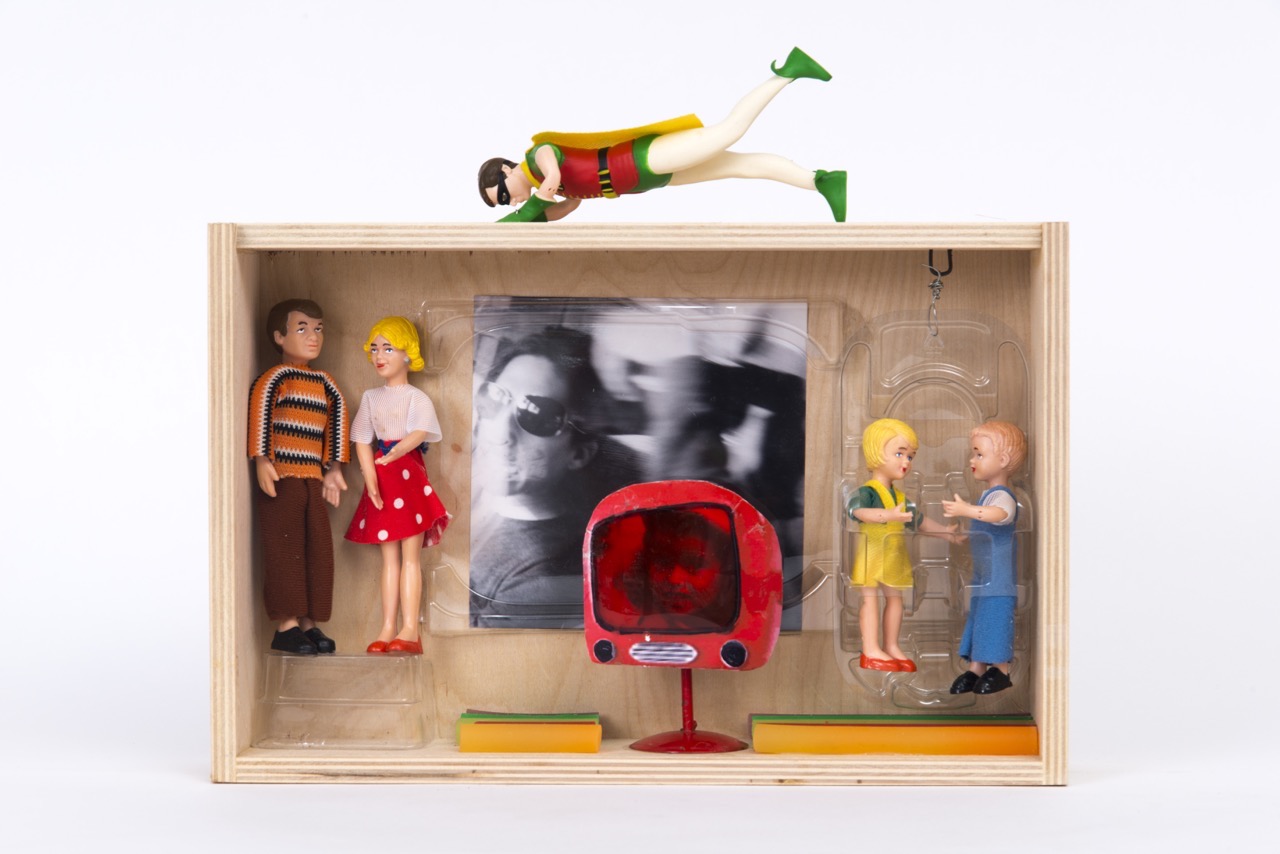 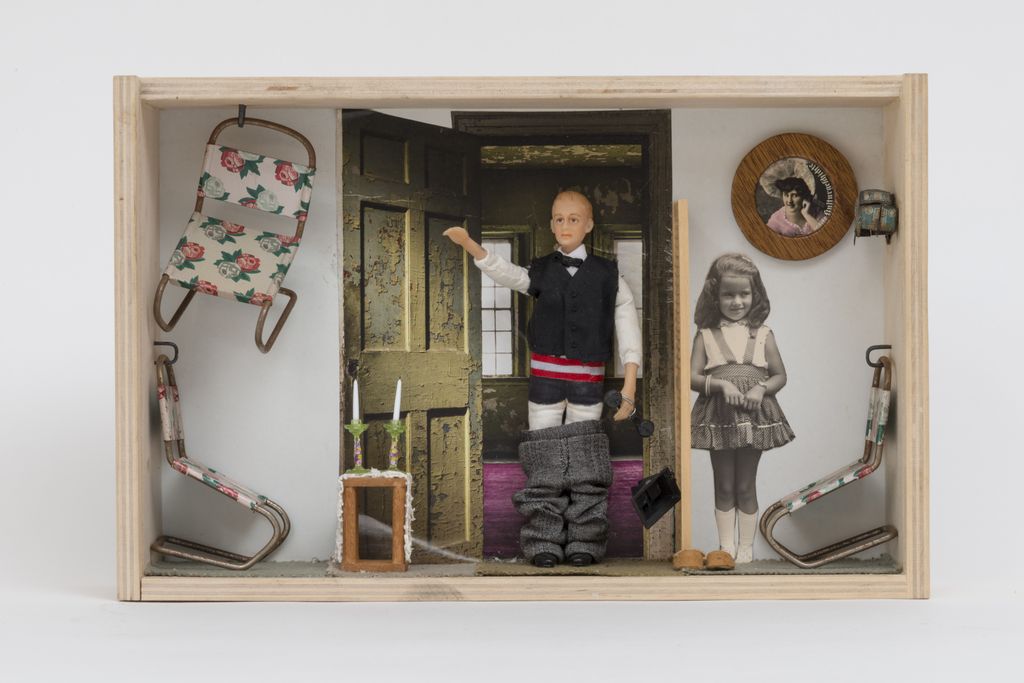