When we asked Jane, “Why do you choose art?” She confidently stood up and said, “I can answer that visually” and swiftly dumped a box of women’s nude colored pantyhose in the middle of her studio floor.

As time went by that’s exactly what she did. Jane received her MFA from Art Center College of Design in Pasadena, CA during the 1990 ‘s. She went in as a painter and left as an installation artist. Immediately after graduation she started working in the film industry and placed her own fine art career on hold.

But 6 years ago, she was once again inspired to start creating and picked up a camera to photograph her artwork. From there she started pushing the boundaries of the traditional self-portrait by finding new ways to express personal identity.

Today, she designs beautiful distinctive dress forms from familiar objects such as discarded newspapers, household coffee filters, antique road maps and even raw dental x-rays. She then sensibly photographs each constructed dress by pairing objects with the dresses, creating a story, and inviting the viewer to contemplate the connections.

Throughout her playful photographs she surveys how women can construct their identities in society by providing cultural and symbolic connotations and at times generating an insight into who the artist is, is not, or wishes to be.

“It’s important for me to make myself the subject of the art but instantaneously I want the viewer to fill in the missing fragments with their own thoughts and feelings.”

Each dress is layer of couture like skin for the viewer to absorb and appreciate. However, Jane doesn’t want people to romanticize the dress forms but to focus on the photograph in its entirety. That’s what makes Jane’s artistic concept different from the average conceptual photographer.

“The dress is the least important thing. It’s a vehicle for me to put content on. It becomes a rhythmic repetition and how we wear our identities on our bodies.“

Jane Szabo’s vivid and award-winning photographs have been reviewed in the Los Angeles Times and the Huffington Post. Her photography has been included in exhibitions at the the Griffin Museum of Photography, Los Angeles Center for Photography, Orange County Center for Contemporary Art, Yuma Fine Art Center in Arizona and more recently she will be featured in the show “Artist as Subject” located at the Museum of Art & History (MOAH) in Lancaster, CA.

For more information on Jane Szabo please visit her website at JaneSzaboPhotography.com. 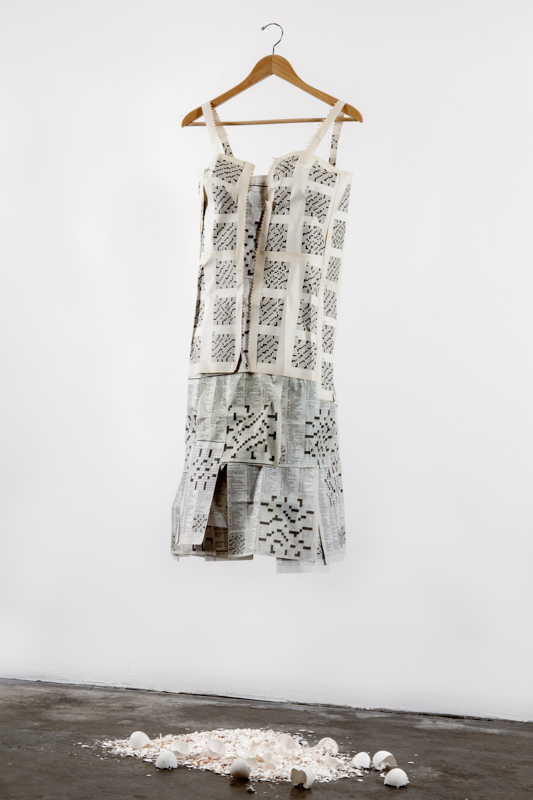 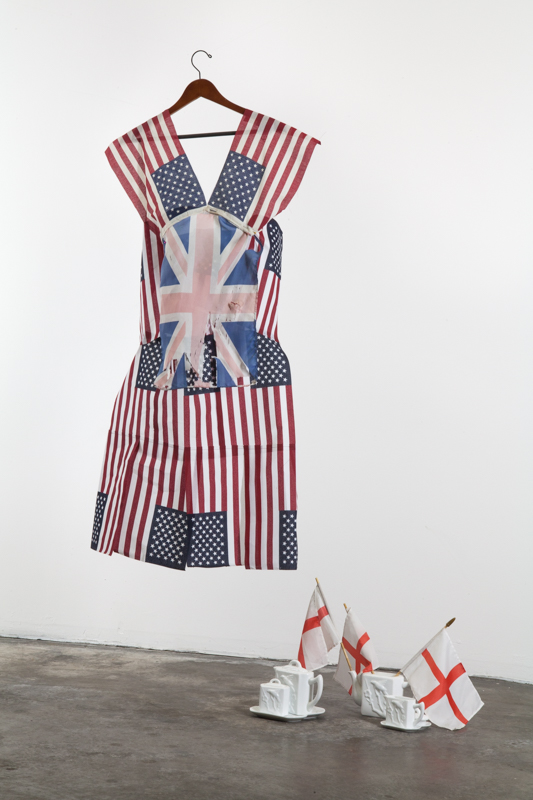 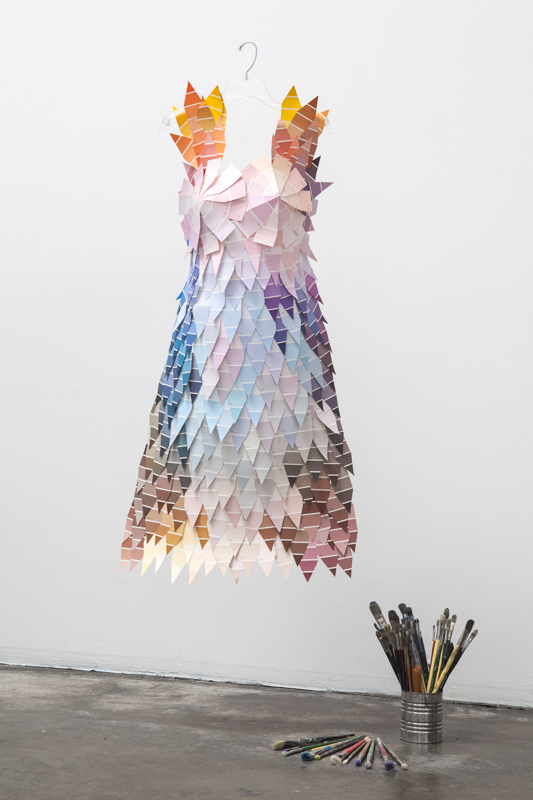 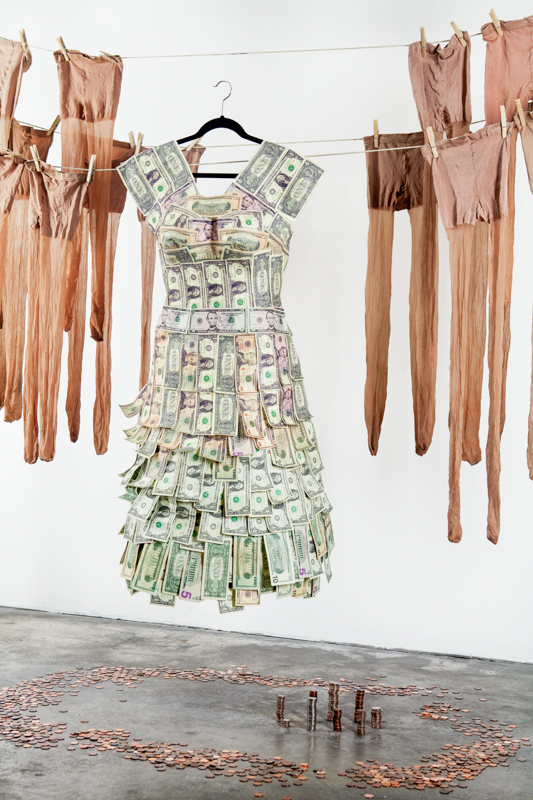 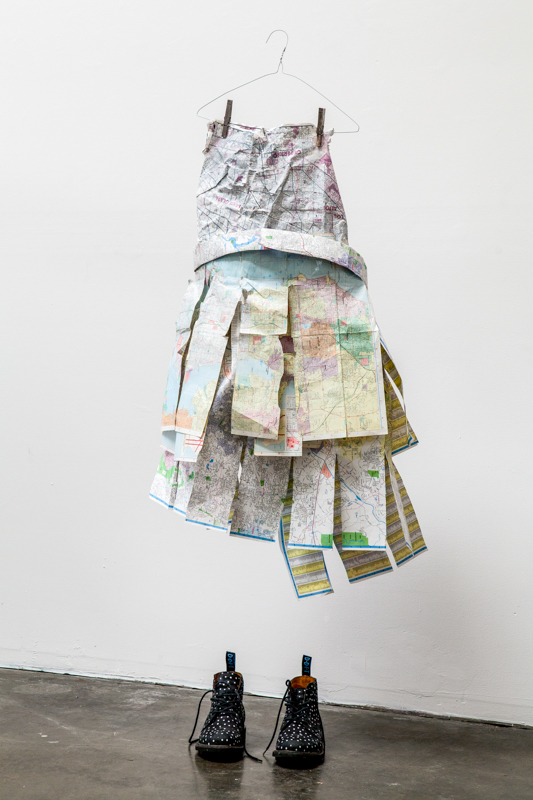 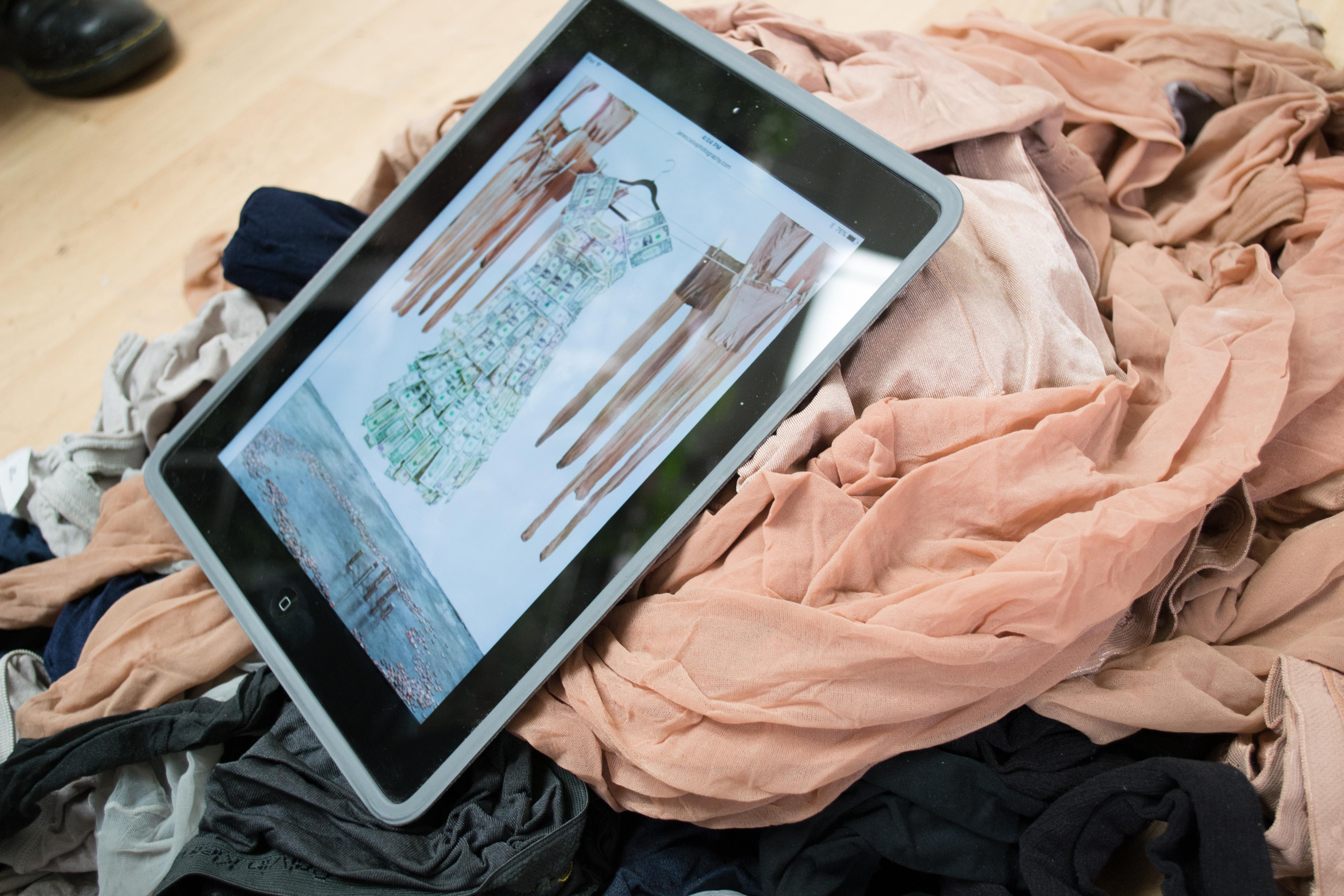 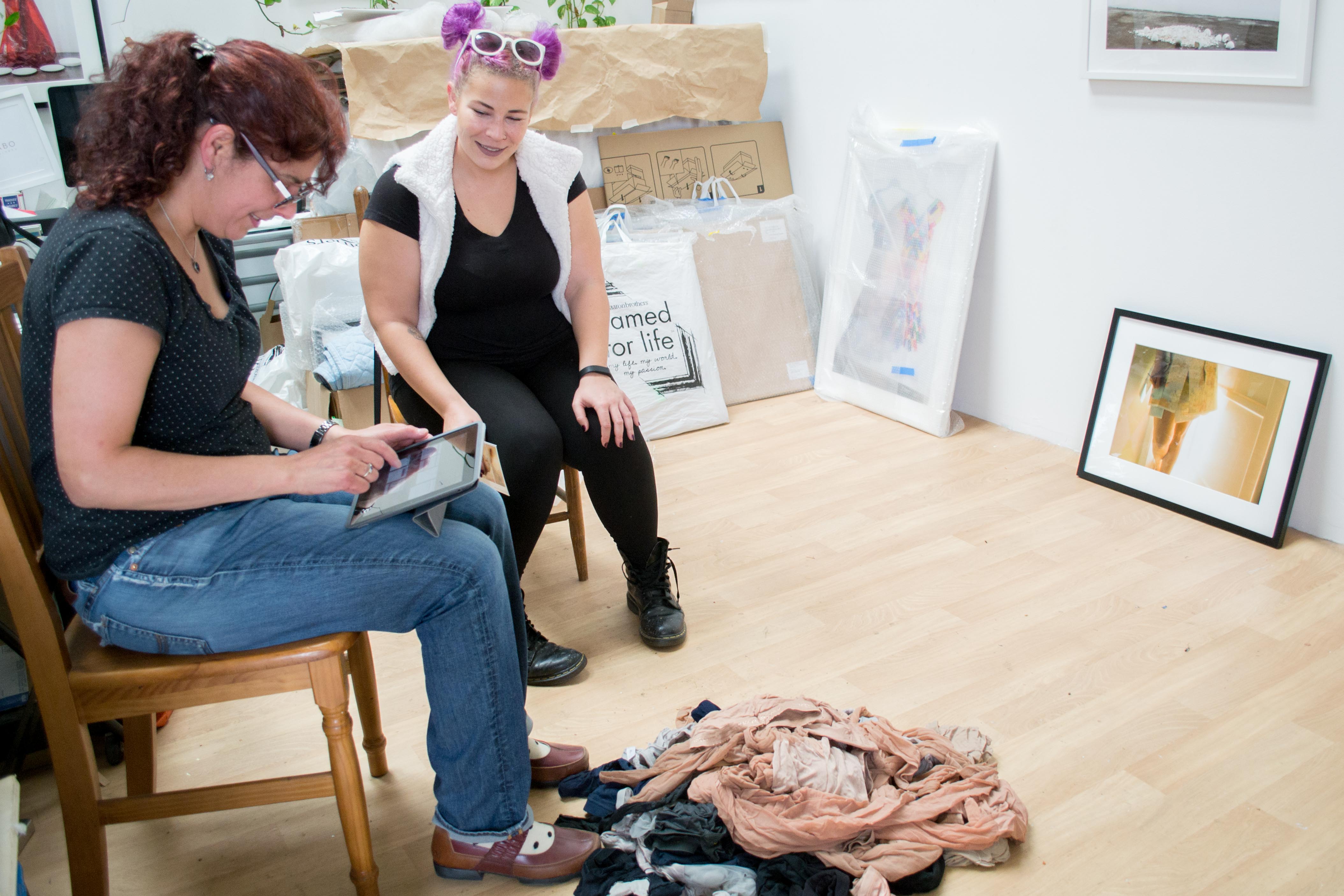 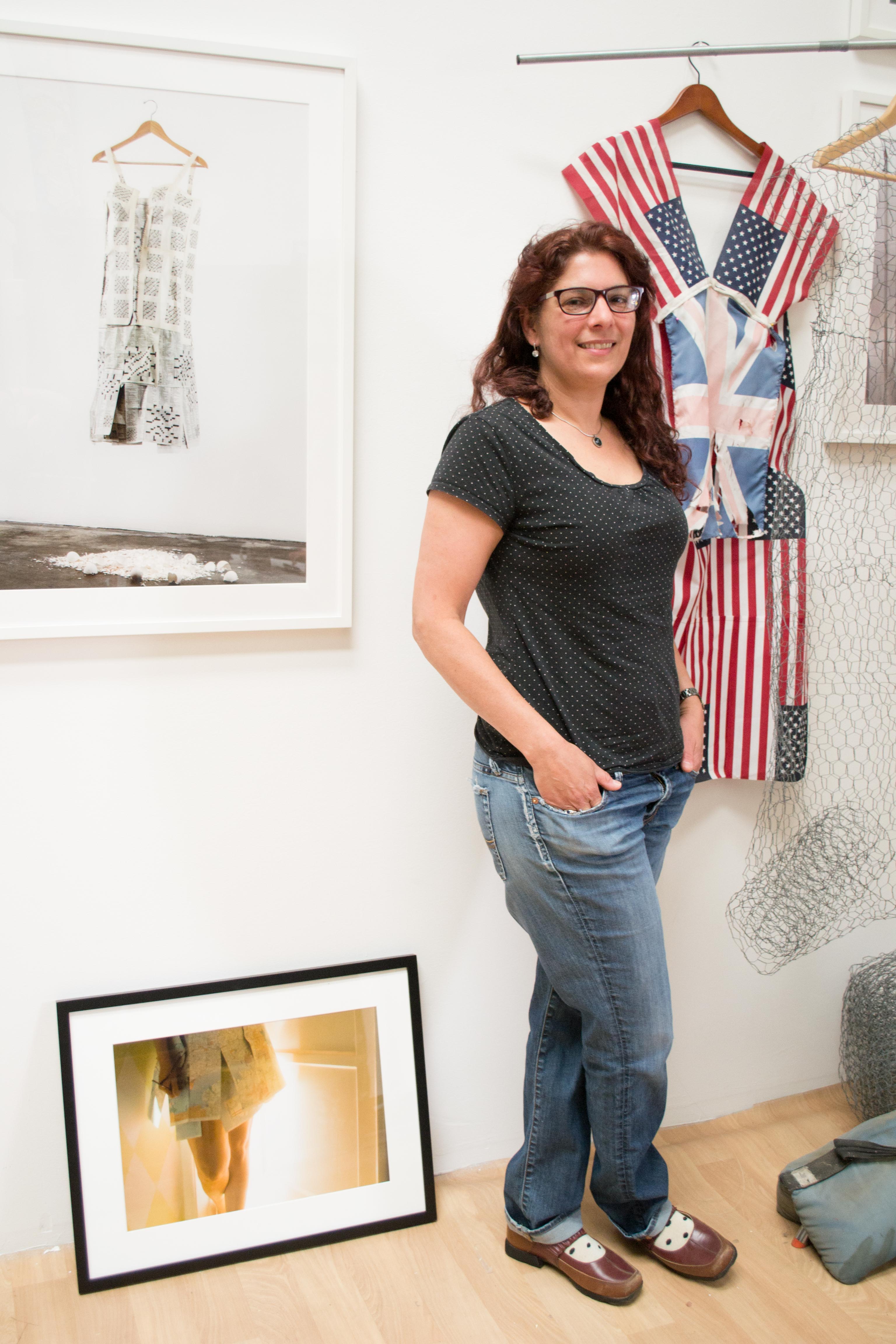