Over the past decade, Kristine Schomaker has made huge strides, emotionally as well as professionally. While her beautifully orchestrated abstract works flow with an electrifying vibrancy, her venture into new media and performance art reveal how she has used and continues to employ her creative ingenuity as a vehicle to impart change.

When asked, Why Choose Art? Schomaker didn’t pause. This is because art lies at the core of her being. In her words,

When Schomaker found Second Life (SL) in 2006, she didn’t recognize it as a therapeutic tool. Rather, she saw it as a means for escape: a place to unwind under the auspice of her avatar, Gracie Kendal, who Schomaker describes as an idealized version of herself:

“Gracie was the me I wanted to be.”

Once she started to roam the virtual world, she quickly realized that the environment could provide her with an opportunity that she hadn’t anticipated. She saw other artists using the platform as an alternative venue to showcase their work. Within one week’s time, Schomaker found a gallery space, set up shop, and started selling digital representations of her original paintings under Gracie’s name.

The success Gracie gained as an artist had a profound effect on Schomaker. Not only did it give her a new semblance of confidence as a painter, but it prompted her to address the lack of ease she’d been experiencing in her day-to-day life.

Upon this discovery, Schomaker began journaling an ongoing conversation between her avatar and herself. The experience was cathartic and led Schomaker to the realization that she’d been grappling with an eating disorder throughout most all her life. While the truly transformative revelation brought with it a rollercoaster of emotions, Schomaker made the brave decision to delve in and further her investigation about the instigating matters of contention that had initiated her disorder through a new body of work.

The Gracie Kendal Project (2010) was Schomaker’s first experience, working with themes of gender, identity, and body image. Comprised of more than 150 images that feature Schomaker in dialogue with Gracie, the piece reveals what Rowan Derryth describes as Schomaker’s

Schomaker’s envy of Gracie, with her perfect body and active social life, is more than apparent throughout the piece. What remains fascinating and provides the project with a true sense of power are Gracie’s envious pronouncements to Schomaker, because she is in fact real.

Unlike Schomaker, Gracie can’t feel. And her entire existence is contingent upon her creator, who didn’t just give Gracie life but facilitated her world-wide recognition as one of SL’s most recognized female artists.

The most positive incarnation to result from The Gracie Kendal Project is that it armed Schomaker with a renewed self-perception. It gave her the confidence to move forward, to stop judging her exterior, and to start seeing herself as a valued individual with a lot to offer.

A Comfortable Skin (2013) is perhaps one of Schomaker’s most profound works to date. Not only does its message regarding self-acceptance prove universal, but it exemplifies how far the artist has come. The installation comprises three components: a collection of virtual avatars, a handful of fiberglass mannequins, and a clothing rack from which painted pieces of canvas hang. All three pieces feature Schomaker’s abstract paintings and in such suggest that Schomaker has truly come to base her identity in that which she creates.

Scheduled to run through June, Island Girls will remain on exhibition at BG Gallery at Bergamot Station in Santa Monica. Gallery hours are from 11:30 until 6 pm, Tuesdays through Saturdays. 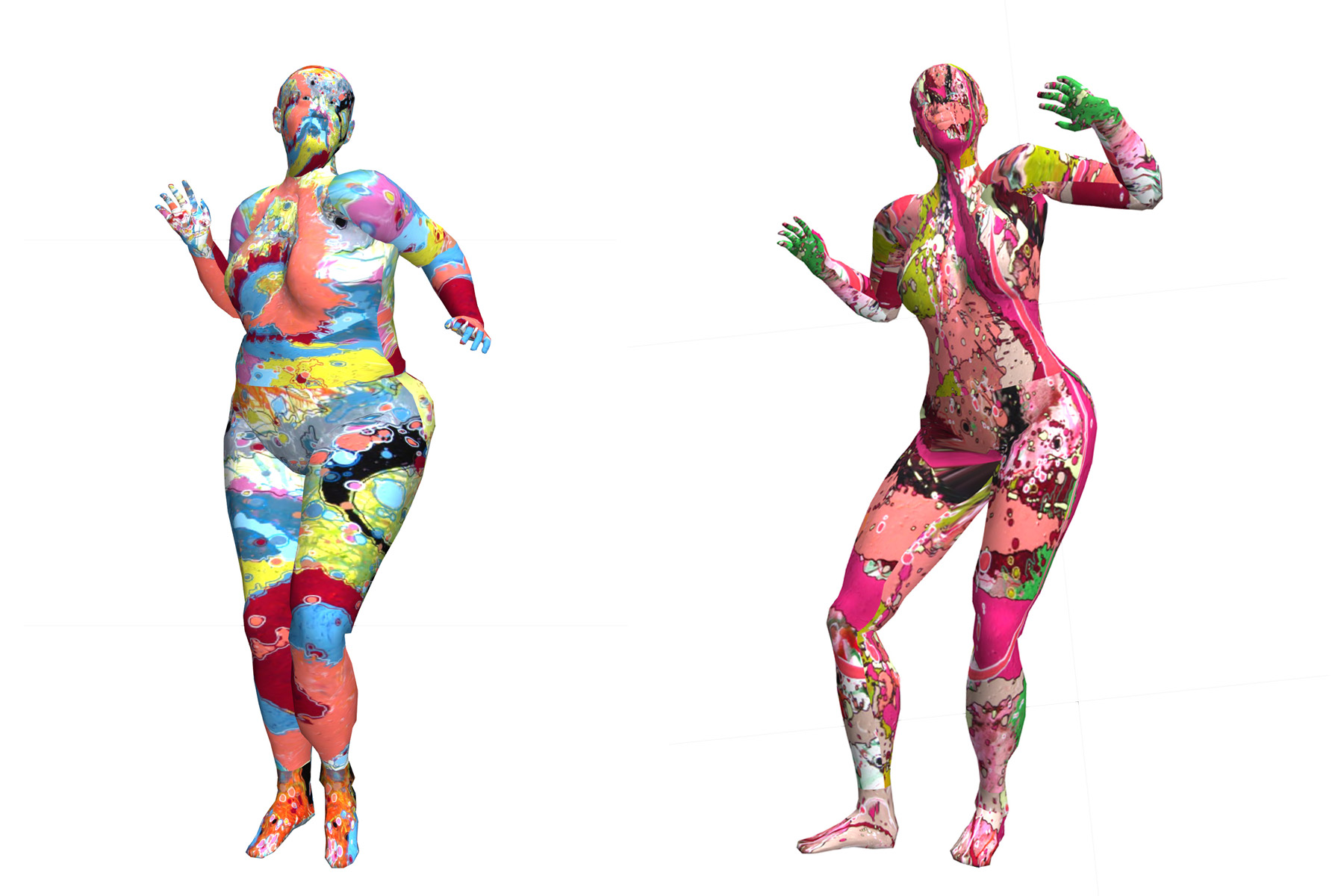 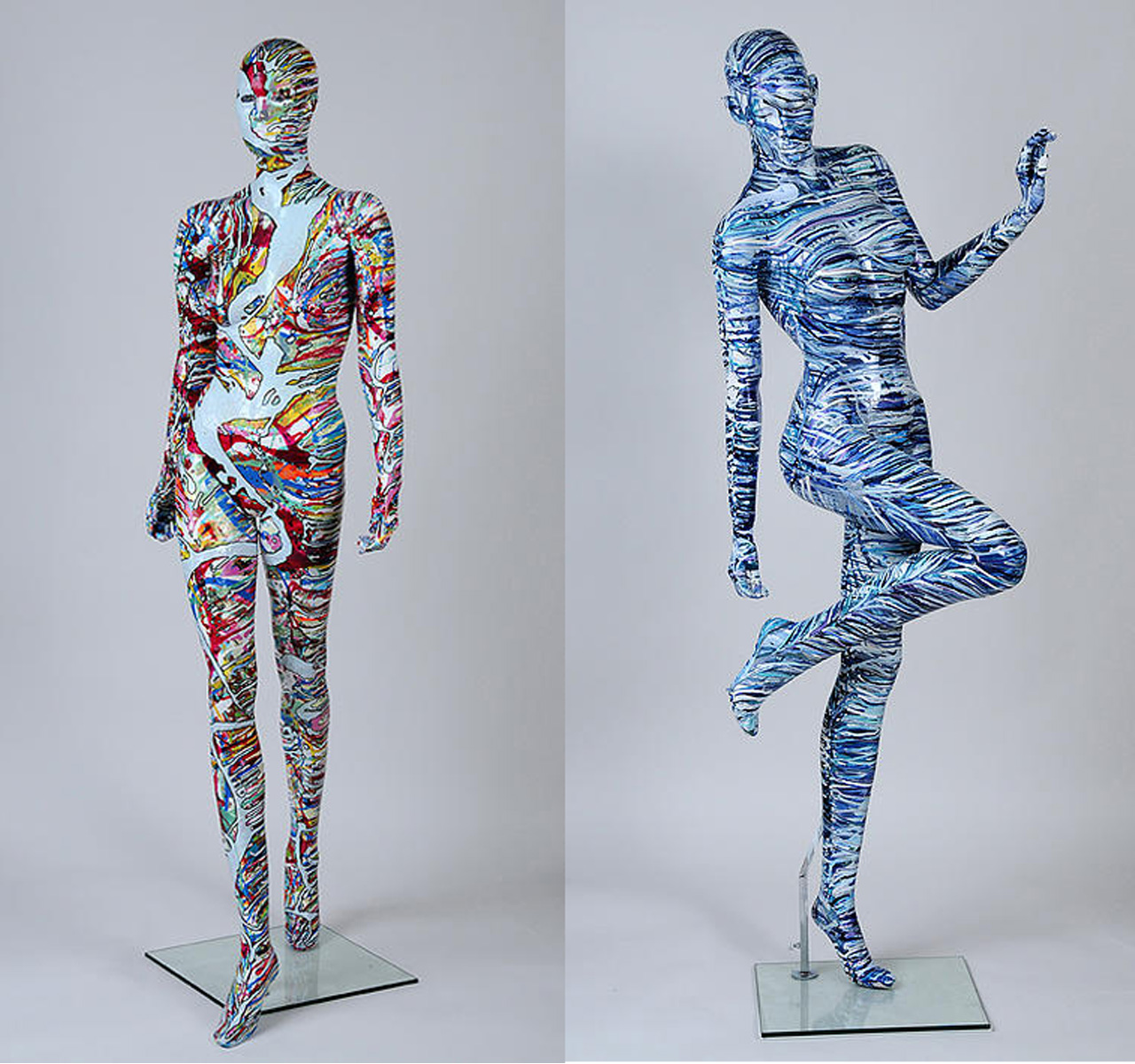 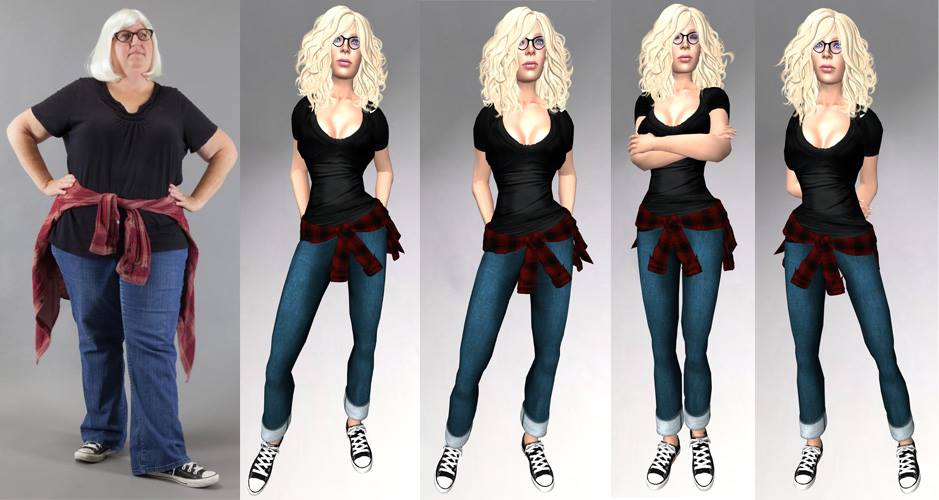 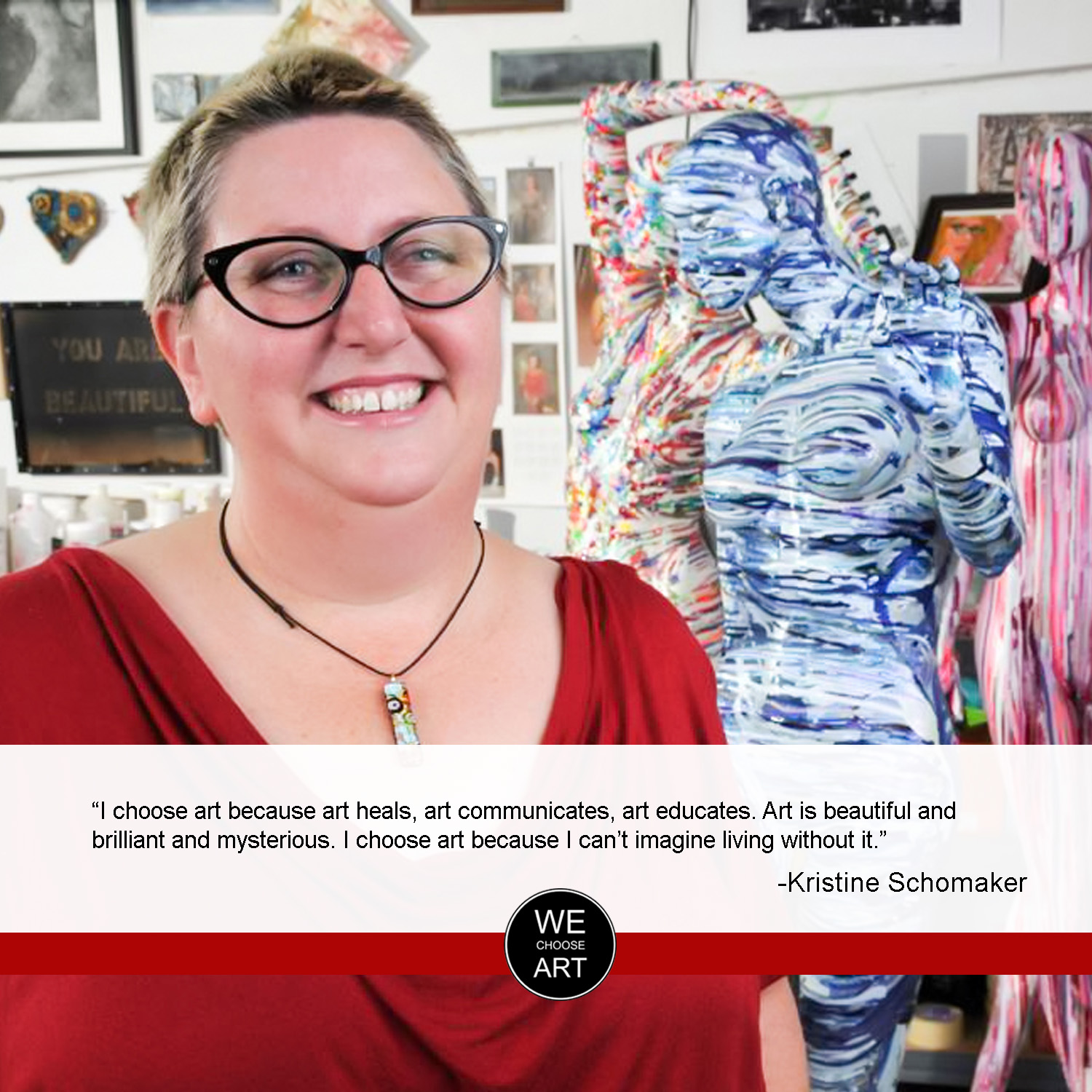