Zachary Aronson is a Los Angeles based artist who currently works as a freelance Pyrographer. Aronson’s artwork is often focused on feminine body forms and life size portraits that are tailored into wood panels and other found wooden objects. His artwork has garnered high acclaim – and has been sought after by dozens of galleries and art collectors.

During a We Choose Art Studio visit Aronson stated:

“ While in college I ran out of paper to draw on. Instead, I found a scrap piece of wood behind a woodshop that was approximately 5’ x 8’’…  I took the wood panel home and decided to do a charcoal drawing of eyes. Immediately after finishing the drawing I came to the realization that I can burn into the wood…. Within three months my art form changed and eventually it became my medium of choice. “

As soon as Aronson plunged into the world of pyrography he took the art form beyond its known limits. He started creating texturized portraits of friends, family members, and even artistic patrons who shared his love of pyro portraits. His experimentation had taken him far enough for him to realize that this new art form was growing and started creating life size installations across Southern California.

His innovative technique requires burning the wood by precisely shading and texturing the wooden layers. The shading is deeply imbedded throughout the wood while the trees natural color plays the roll of skin within each portrait.

Throughout Aronson’s artwork the viewer can profusely see that he demonstrates the knowledge of anatomy and understands the behavior of his subjects. It is clear that Aronson works with such precision and such control that photos and even videos cant capture the essence of his artwork. To truly fathom how beautiful his creations are the viewer must be present to see and smell the varied grains, knots and natural flaws in each piece of wood / creations.

You can learn more about Zachary Aronson and his art by visiting zaronson.com or visit him at the Mar Vista Artwalk on Thursday Sept 1st or the Promenade gallery in Pomona through the 28th of August. 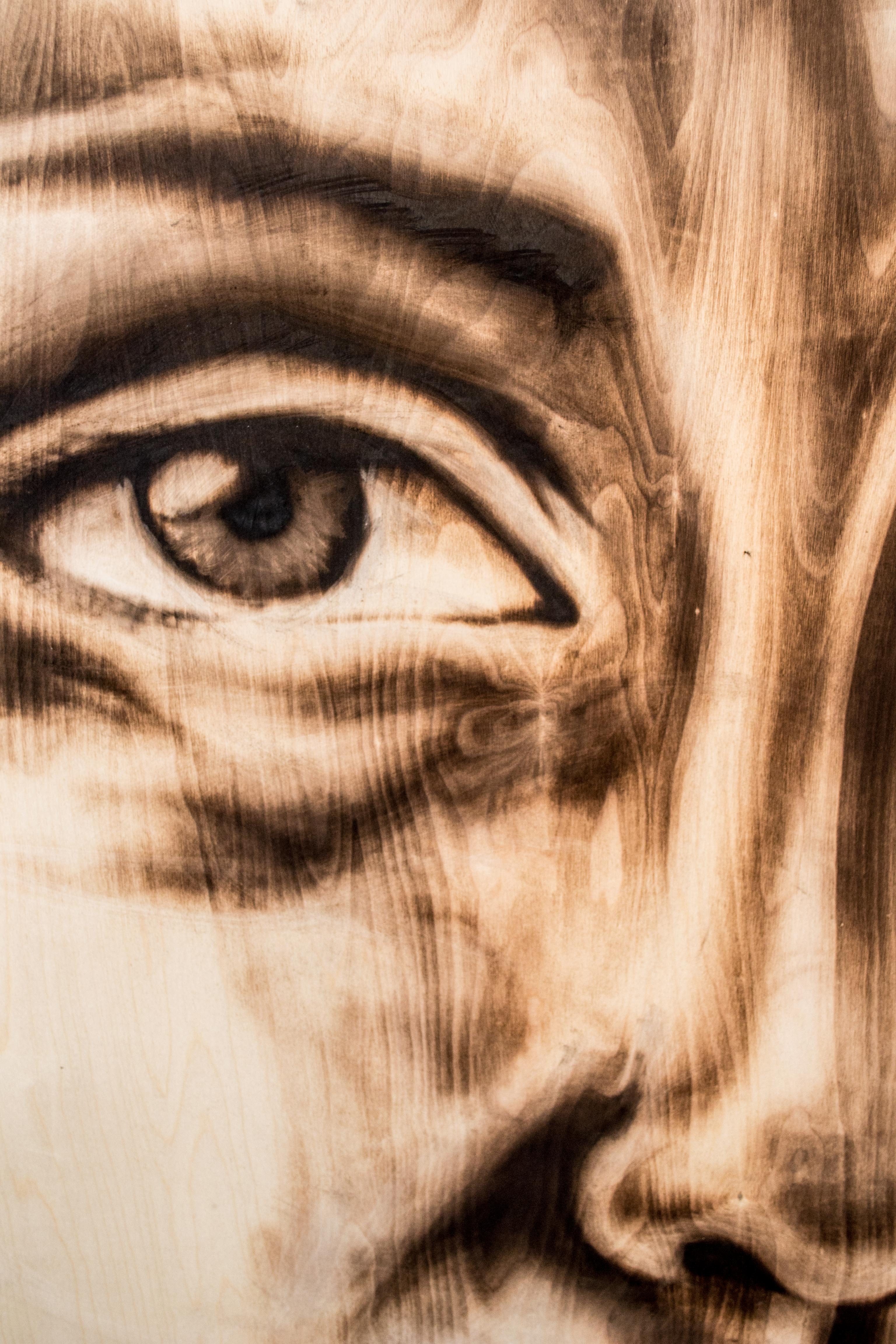 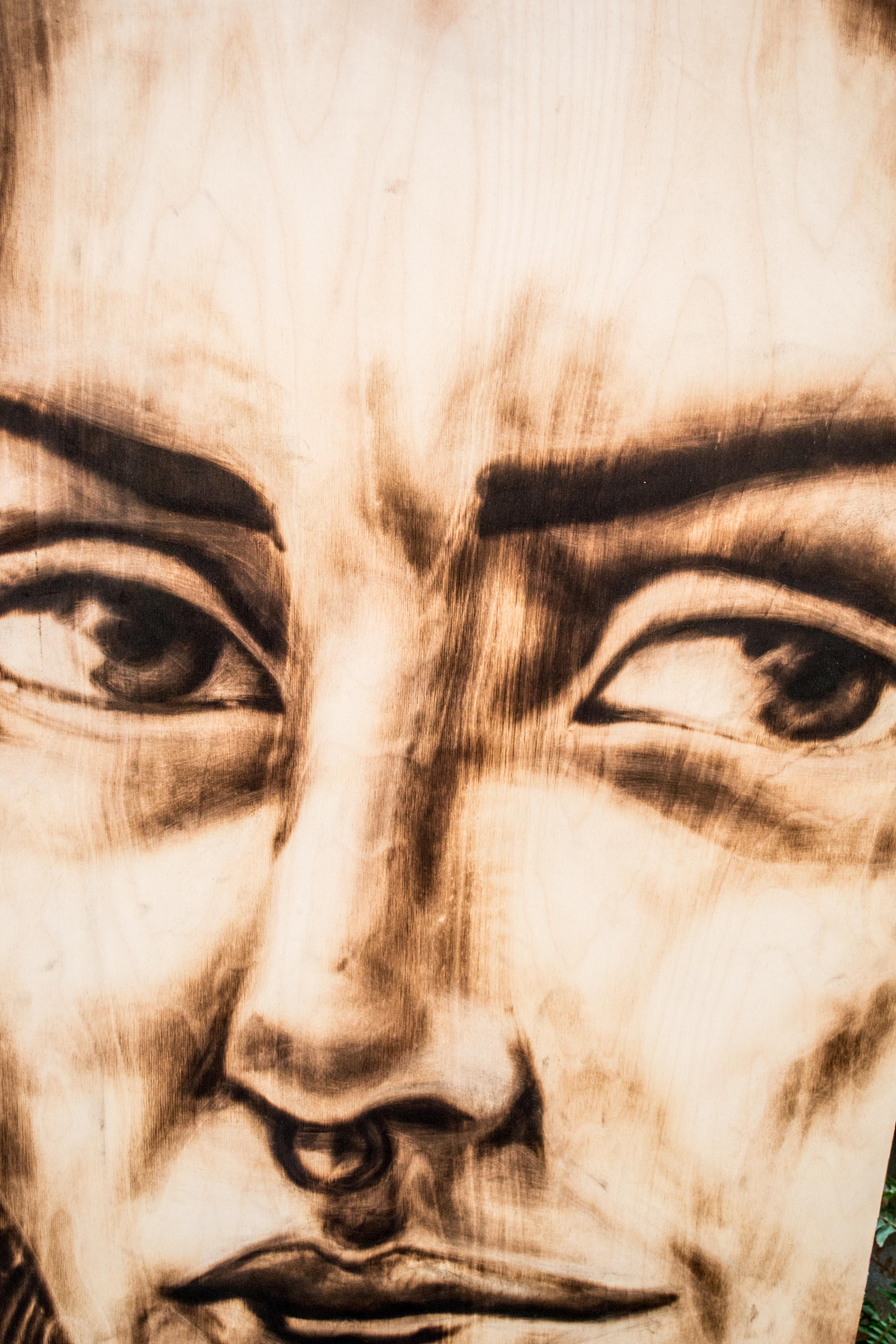 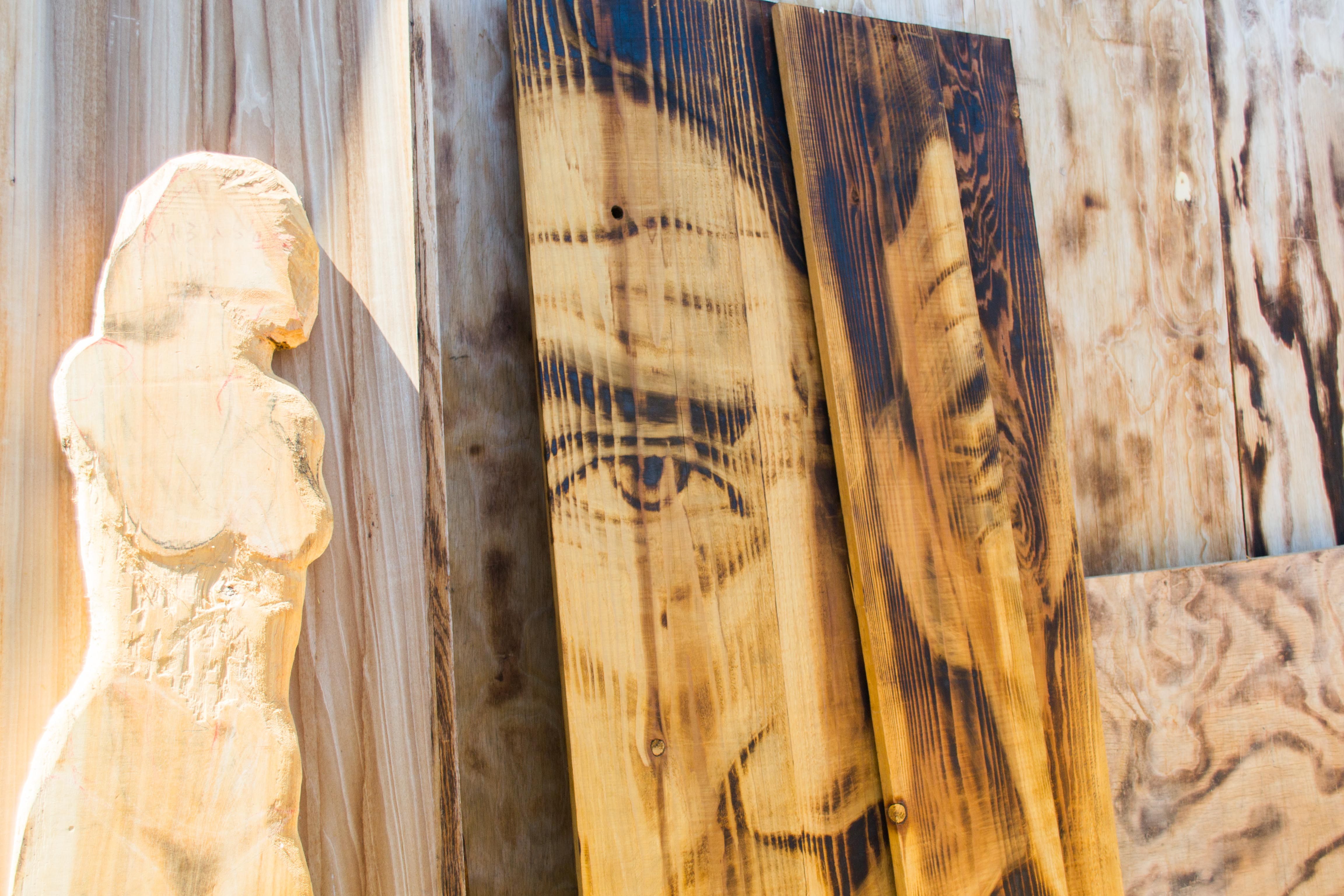 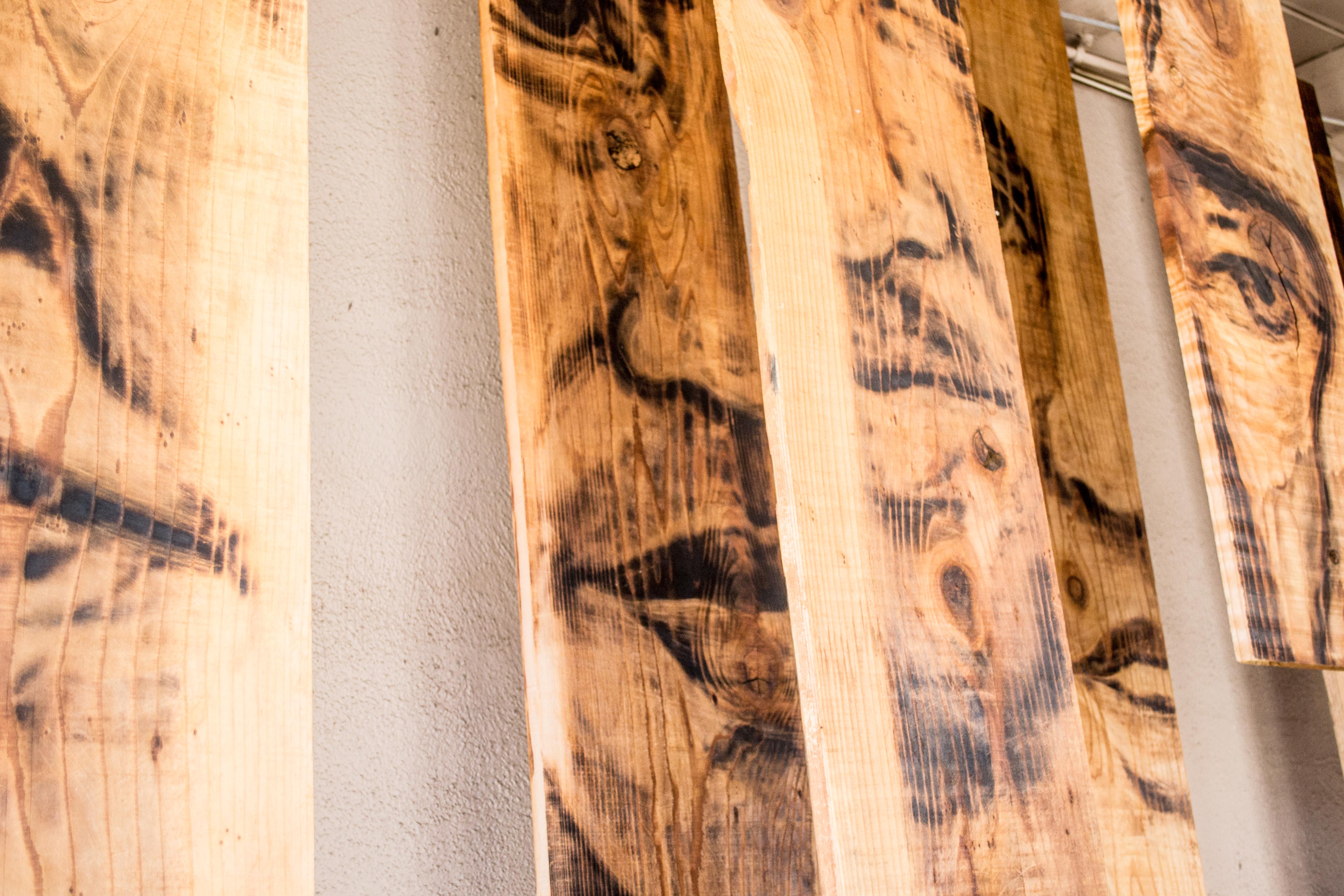 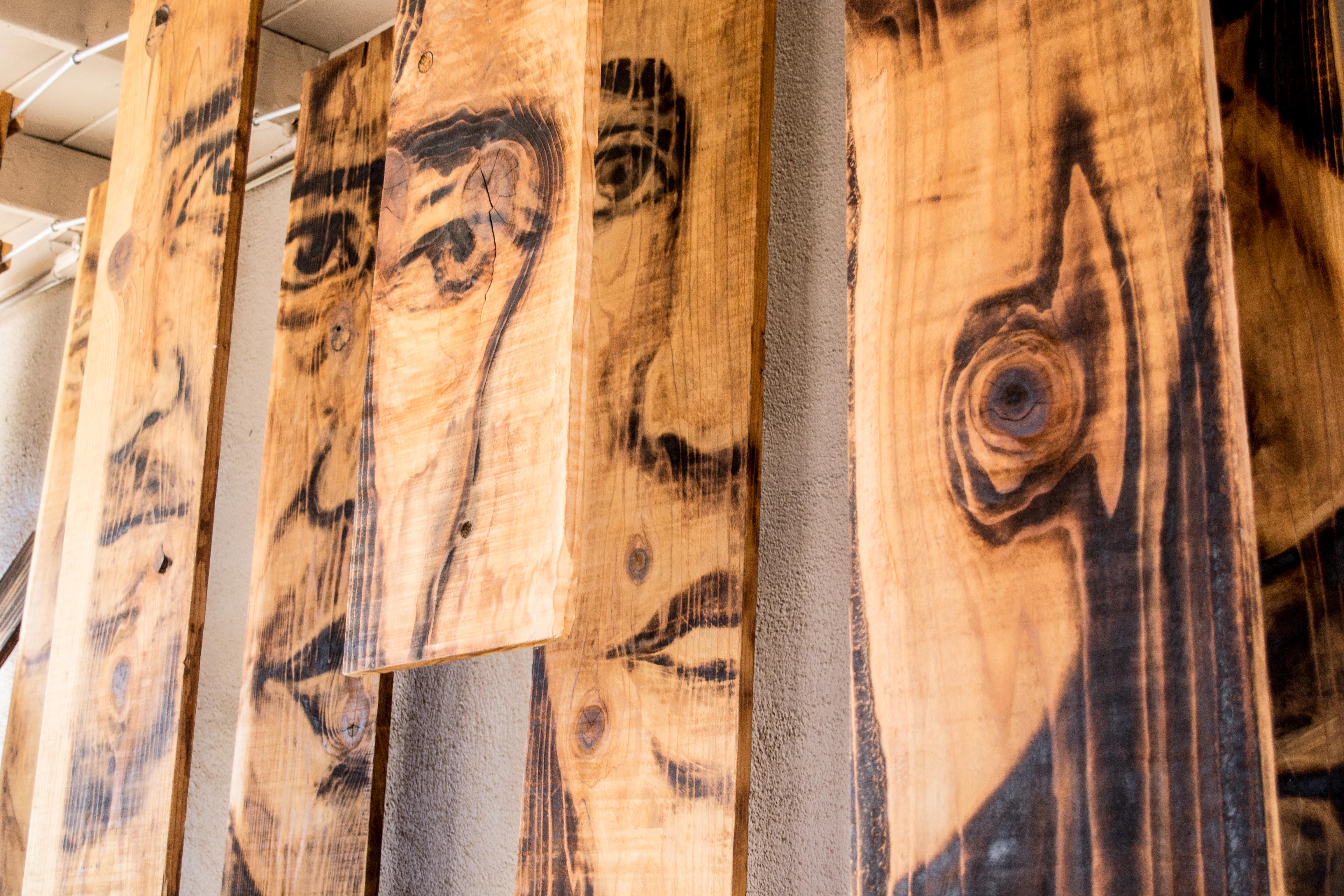 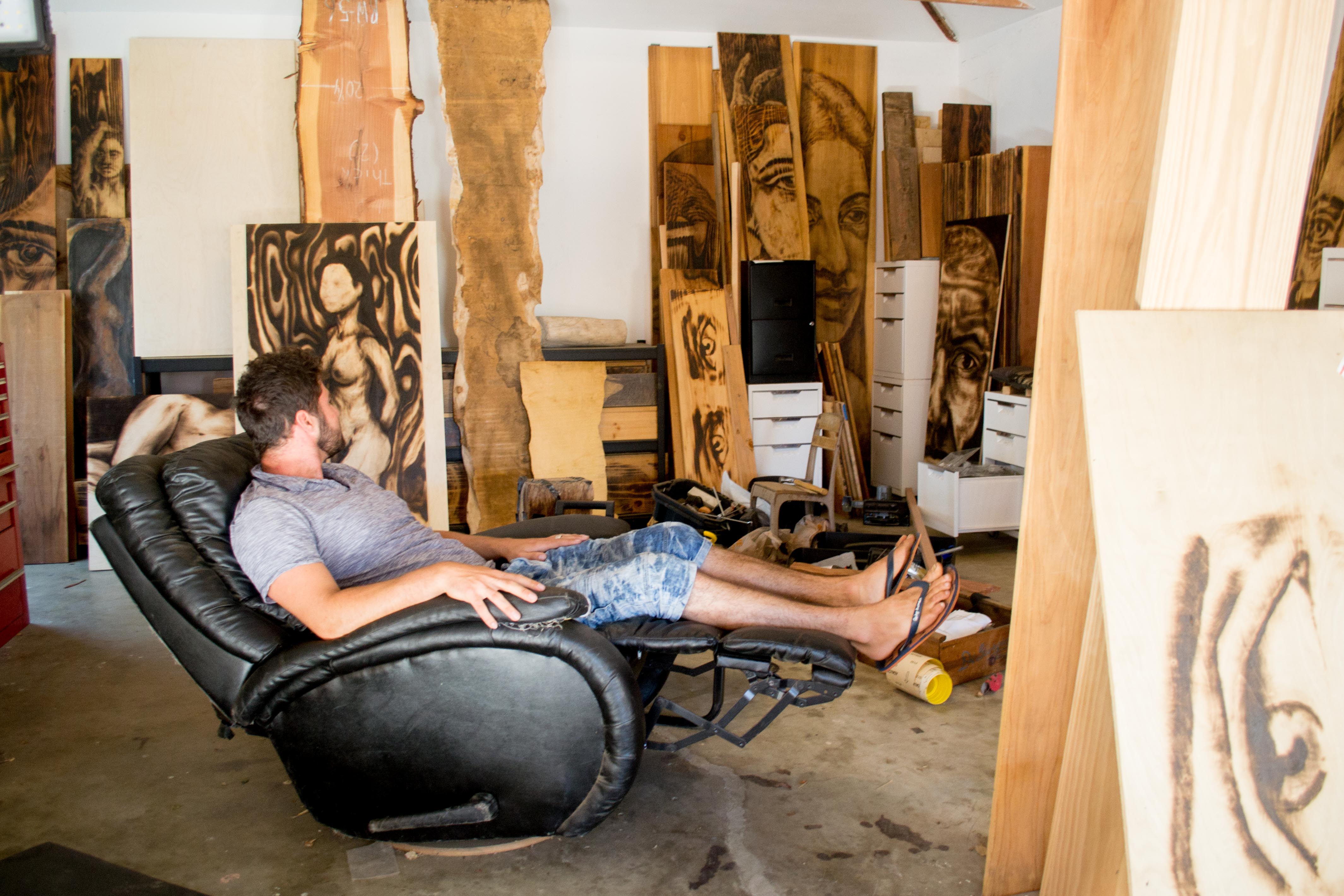 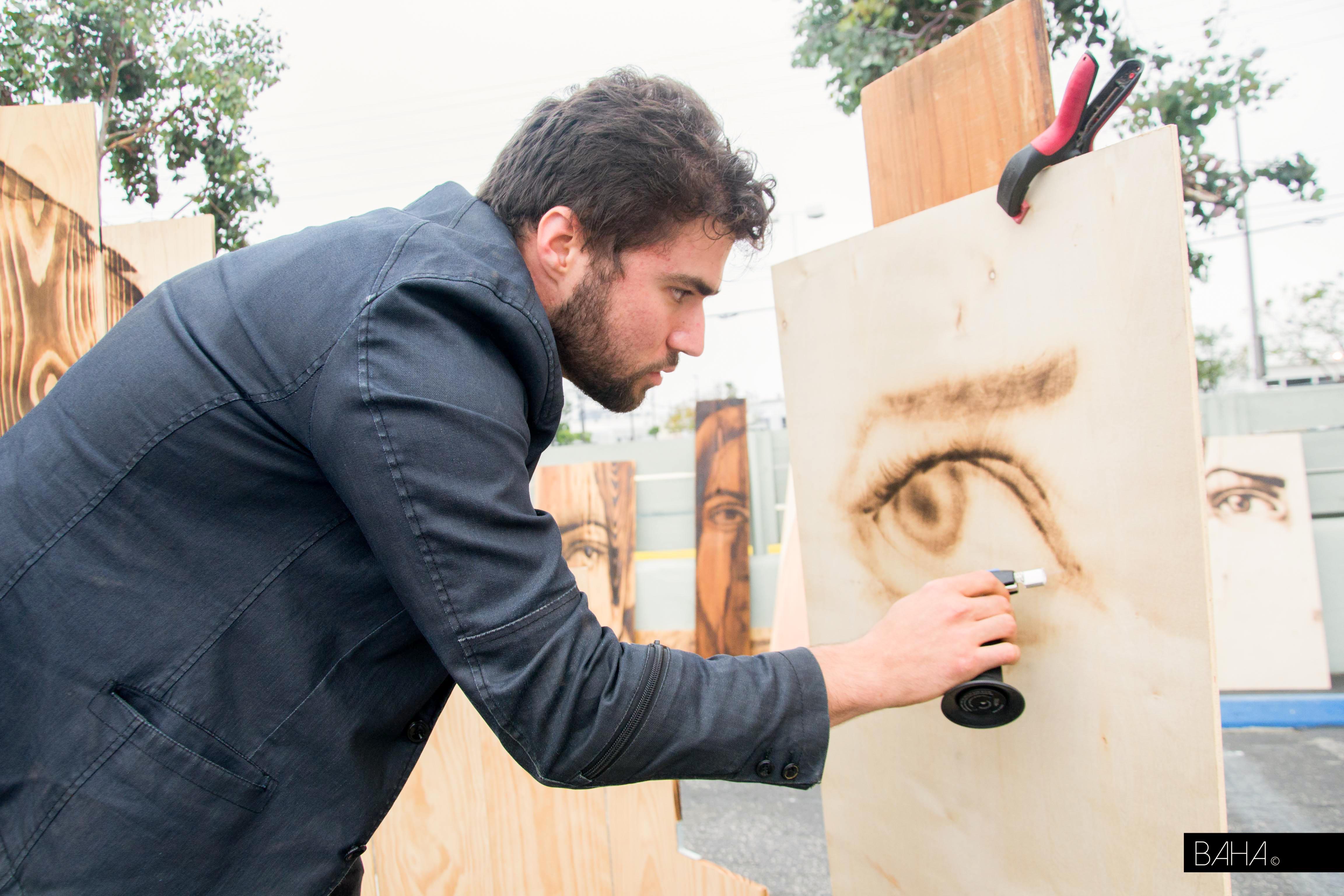 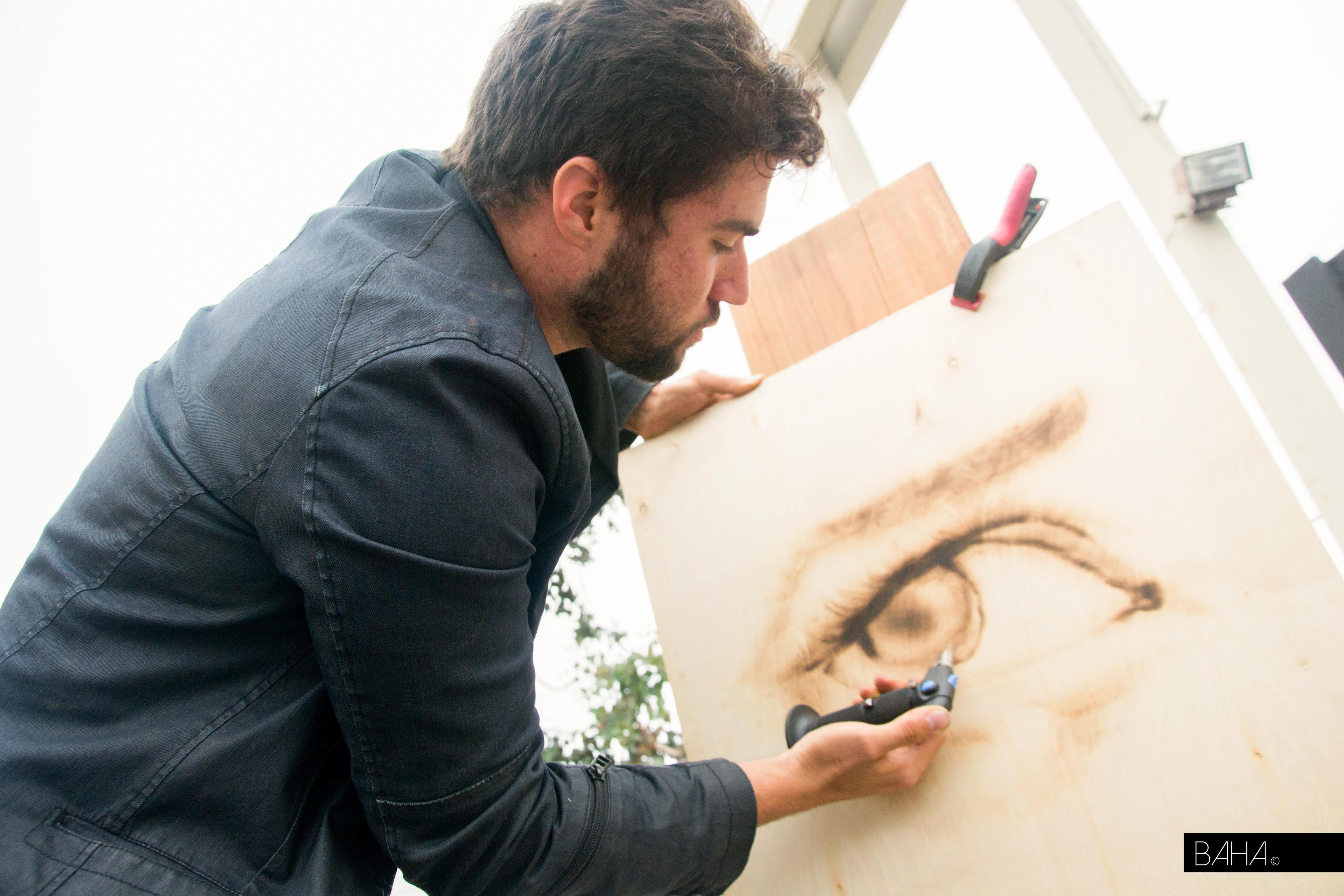 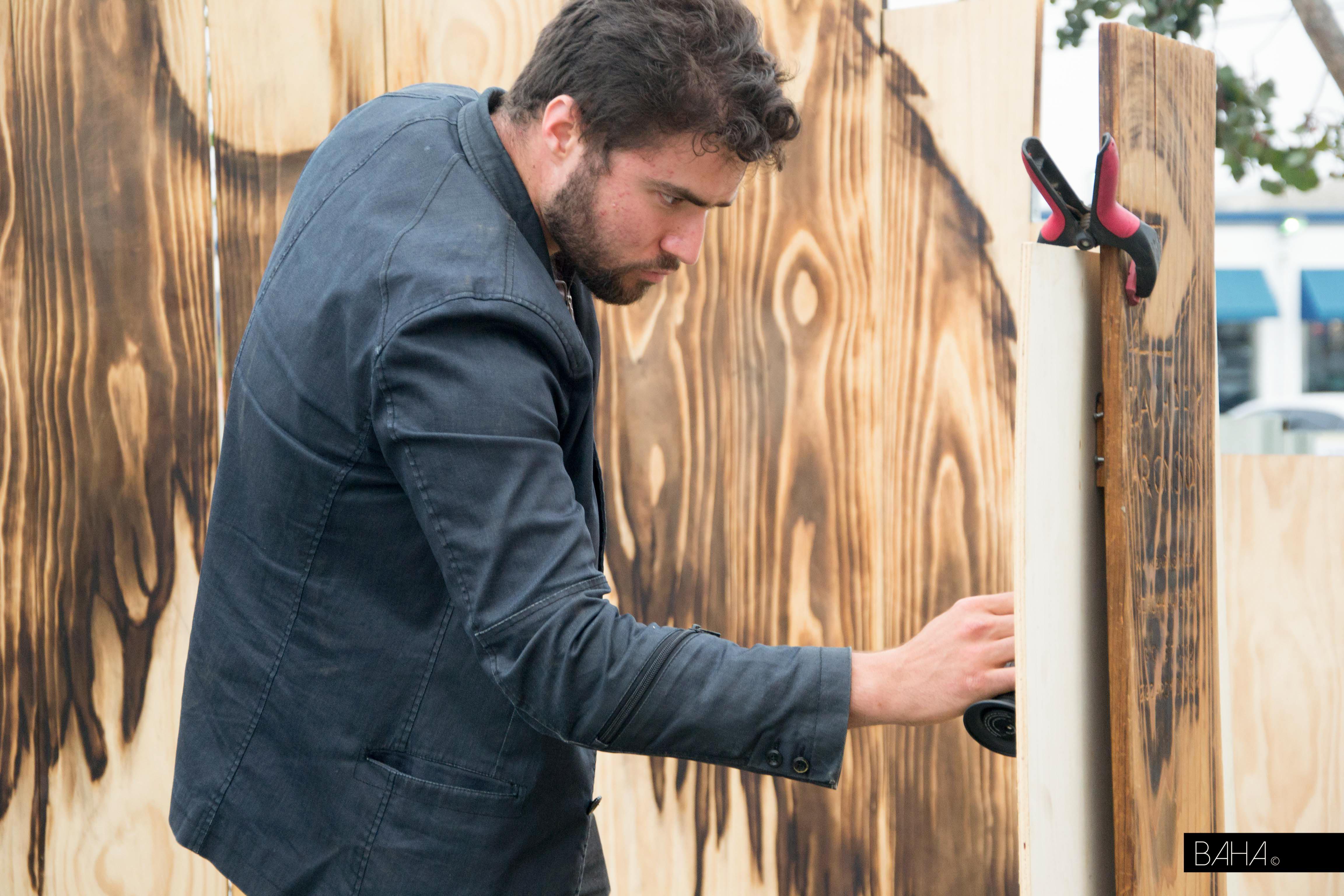