ART FOR YOUR LIFE

We Choose Art and DOT RED are pleased to announce “ART For Your Life!” An online poster exhibition curated by Baha H. Danesh and Jeremy Quant!

Following We Choose Art’s philosophy of creating a collaborative community of artistic expression and in anticipation of the 2020 elections; This unique exhibition presents each artist’s individual visionary construction in the context of our ever changing social, legal, and economic landscape.

This is a select opportunity for visual and literary artists to fuse art with social justice and explore notions of aspiration, socialization, and representation within our changing political climate.

We Choose Art and DOT RED envision a democracy where every person has the desire, the right, and the knowledge to participate in tomorrow’s future. We encourage all artists from different backgrounds to submit Poster Art and help make a difference.

Ada Pullini Brown grew up in New York City where she attended the High School of Art & Design and earned a B.A. in Studio Arts from Queens College of the City University of New York. She later went on to earn an M.F.A. from the University of Houston, Texas as a Teaching Fellow. She has attended the Sarah Lawrence College School of the Arts in Lacoste, France, and the Laguna College of Art & Design in California.  Her work is in private collections throughout the United States, South Africa, Mexico, Italy, France, Germany, and Japan as well as public collections including the Prints & Drawing Collection of the Los Angeles County Museum of Art (LACMA), the Visual Arts and Crafts Academy of Germiston, Johannesburg, South Africa, and the UC Santa Barbara Archives of Self-Help Graphics in Santa Barbara, California. Since moving to Los Angeles, she has maintained a working studio and exhibition space at the Brewery Artist Complex in Los Angeles. In March of 2019 she was invited to participate in a curated print project at Self Help Graphics and Art, Dystopia/Utopia. Currently she has been co- curating with fellow Brewery artist, Jill Sykes, an exhibition entitled, Let Me Talk, now scheduled to open in January of 2022 at the Brand Library and Art Center, in Glendale CA.

“This image is one of many I created in the past few weeks specifically for online use. In
this one, I took four different oil paintings, completed during this COVID shut down,
photographed each and cropped them to make a grid with the added the text on top.
The resulting image was made in Photoshop and its only reason for fruition is to remind
everyone to VOTE and to call out those who will stop us. We all deserve our voices to
be heard.” 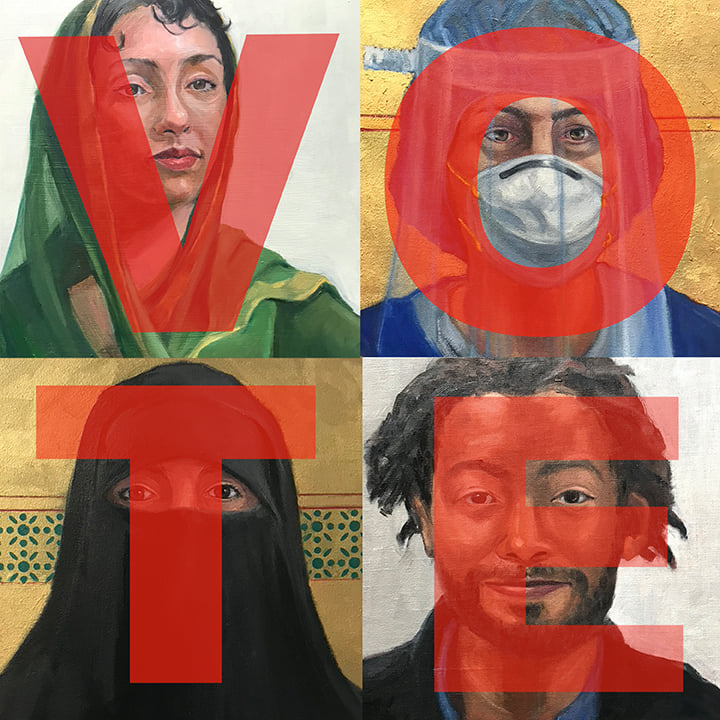 Originally from New Jersey Amy Smith moved out to California where she found inspiration and mentors in the art community.

She’s a proud mother, self- taught artist, political activist, street artist, and muralist! He work has been featured in the LA Art show and international art fairs like Saatchi’s The Other Art Fair.

Amy Smith’s work has been featured in a number of private collections, residences, businesses, and in popular tv/film sets including shows like Dear White People, Grownish, Insecure and more.

“I use photography to create dynamic portraits that celebrate diversity and identity. I hand cut stencils from the photo to make reusable stencils that give more life to the stencils and less waste to the environment. My collage series is created with torn recycled fashion magazine pieces to simultaneously represent my love of fashion and  contempt for excessive consumption. With all the marketing directed at women in the consumer culture, our value gets lost in a product or company with minimal ethics.

My intention is to offer viewers the opportunity to choose one’s own path of empowerment, leaving behind what society demands. By creating a space filled with positive words, imagery, and colorful palettes, the story can be curated into a joyful experience with a message of love.” 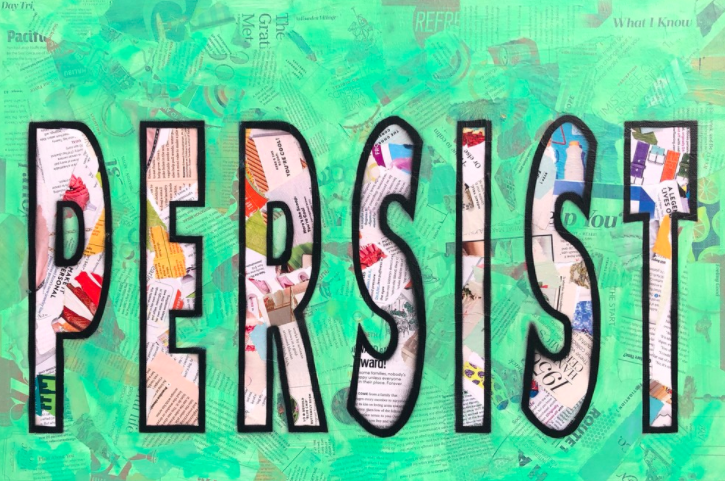 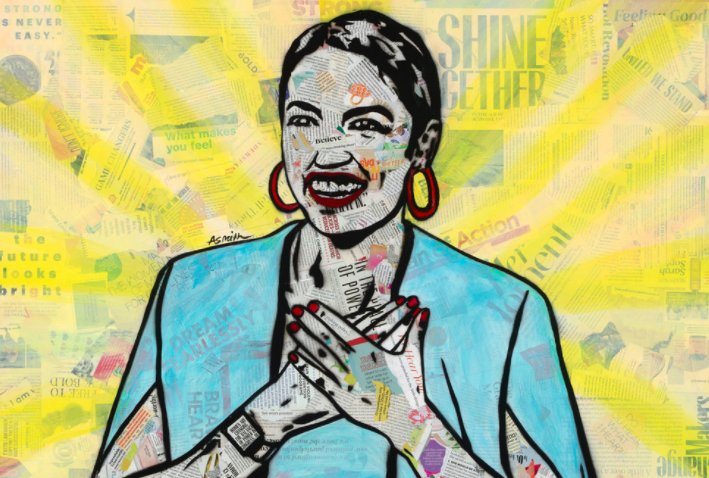 Donna Bates is a native to Southern California and where she currently lives paints in Los Angeles! For over 20 years she worked as a commercial illustrator and 3D Artist. Currently she is working as a self-taught artist that is known for her own mash-up style of urban, tough-chic, edgy strong independent women  hat she calls  her“Bad-ass Chicks”.

“My women aren’t pin-ups nor portraits they are a different vision of power and sex flavored with leather, metal, graffiti and fantasy! While they are representational, they are also experimental.” 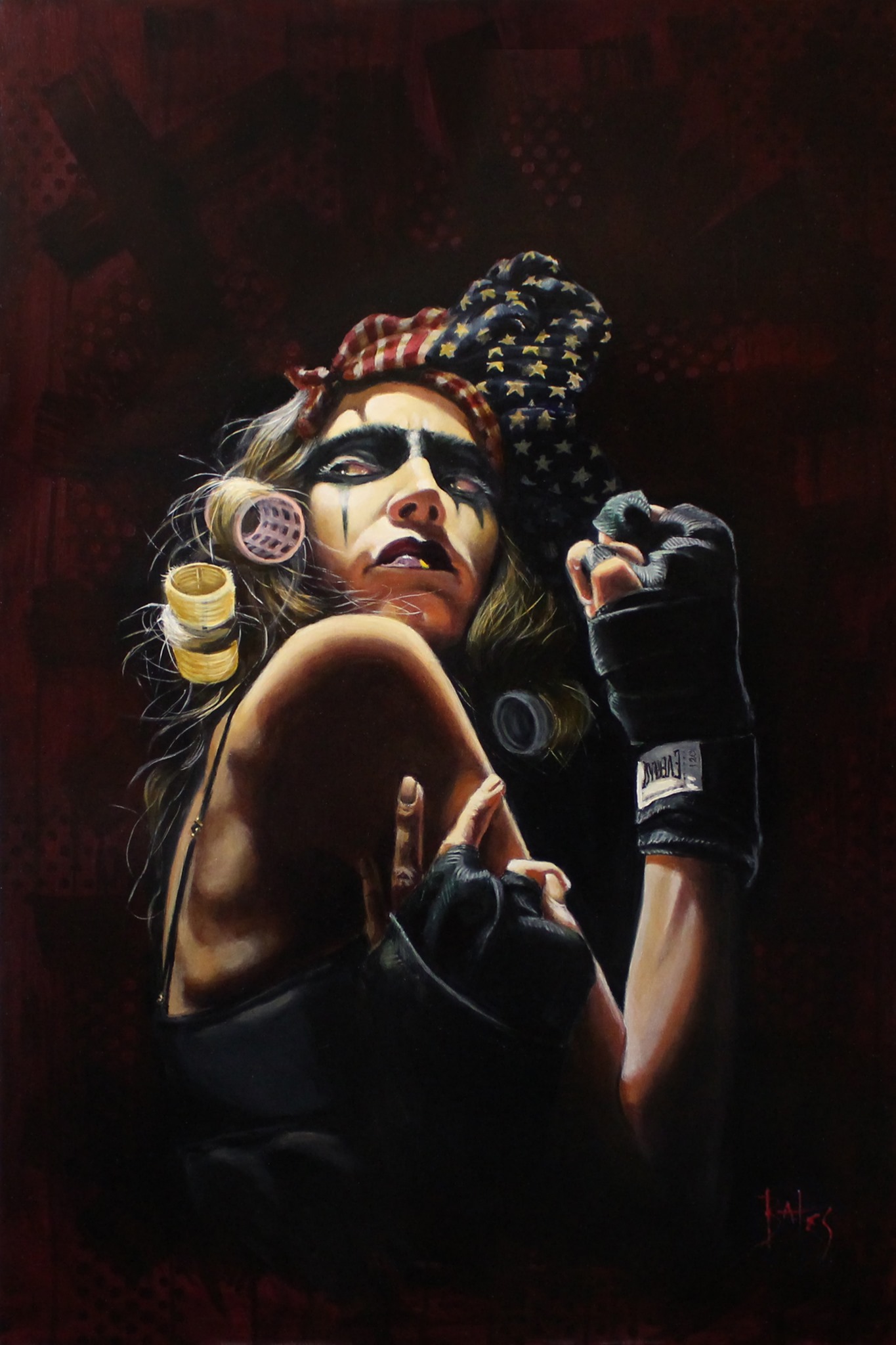 Sandra Vista is a “Pattern and Decoration” painter, “Neo-Dadaist” and mixed media artist. She has been influenced by college instructors that emphasized the elements and principles of design as the foundation of her artwork.

” This election to me is the same as all elections… The freedom to choose! However I am not in favor of either candidate but people have to continue to be vigilant and kind to each other.  My poster VOTE  TRANSFORM is bi-partisan and the sign language represents inclusiveness for those how can hear or speak.” 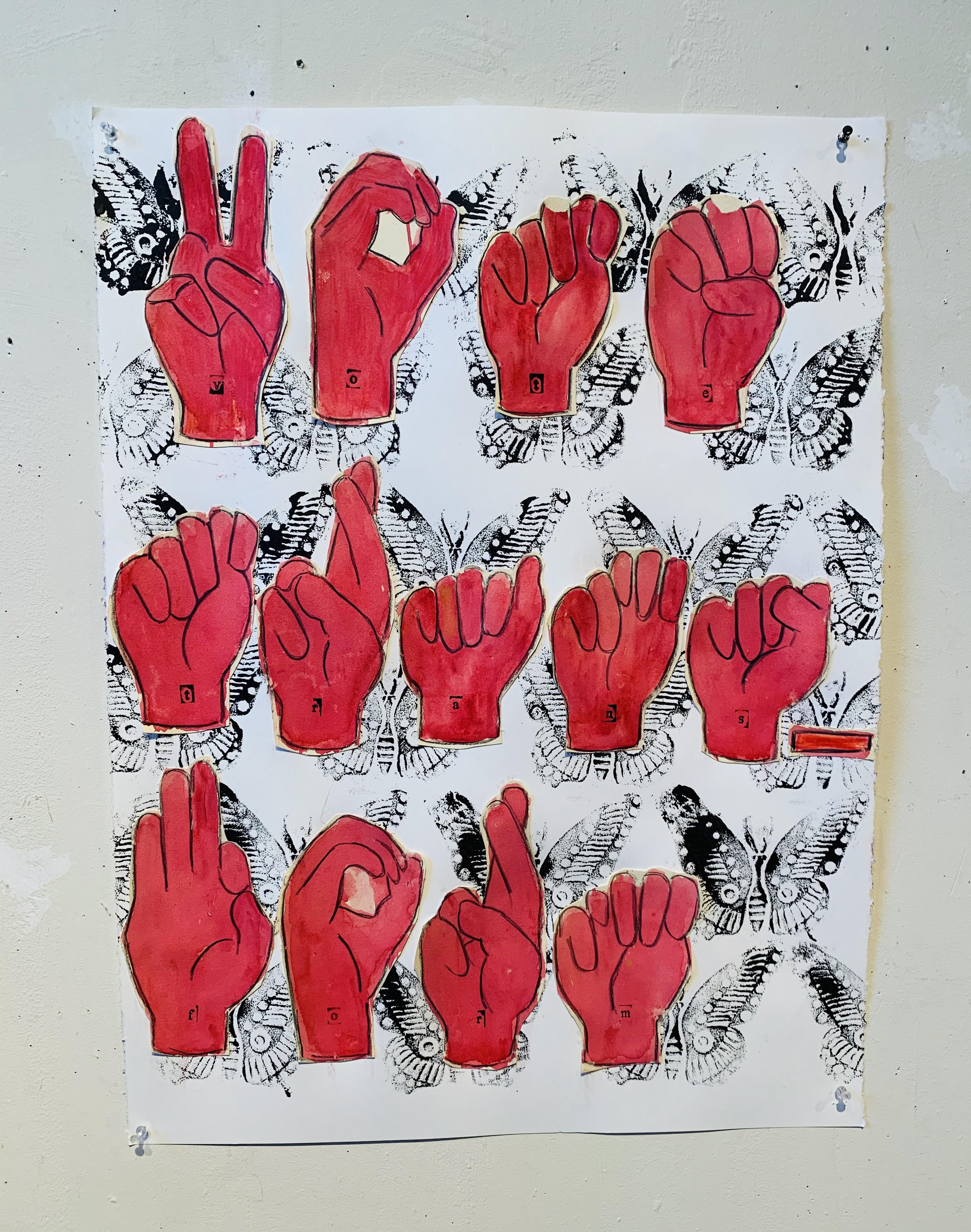 Teri Pursch was born and raised in East Los Angeles California. She is currently on sabbatical from the BFA program at the University of Arizona.  Teri received Associate degrees in Art, History, and Liberal Arts and Sciences from the College of Marin in Kentfield, California.  Her art is found in numerous private collections and has appeared in multiple group exhibitions in Arizona including: the Tucson Museum of Art, the University of Arizona Museum of Art, Tubac Center of the Arts, Contreras Gallery, The Nash, Raices Taller Gallery, Studio One, Westin La Paloma Resort, and TCI Gallery. She has also had work in Persona Magazine and has been interviewed by Sonoran Artists Network.

“This digital image manifests the extremes of 2020. The chains keeping people trapped in despair and fear while knowing that the links in these chains are weakening.  There is hope. The image is of a chicken wishbone being held tight by a rusty chain.” 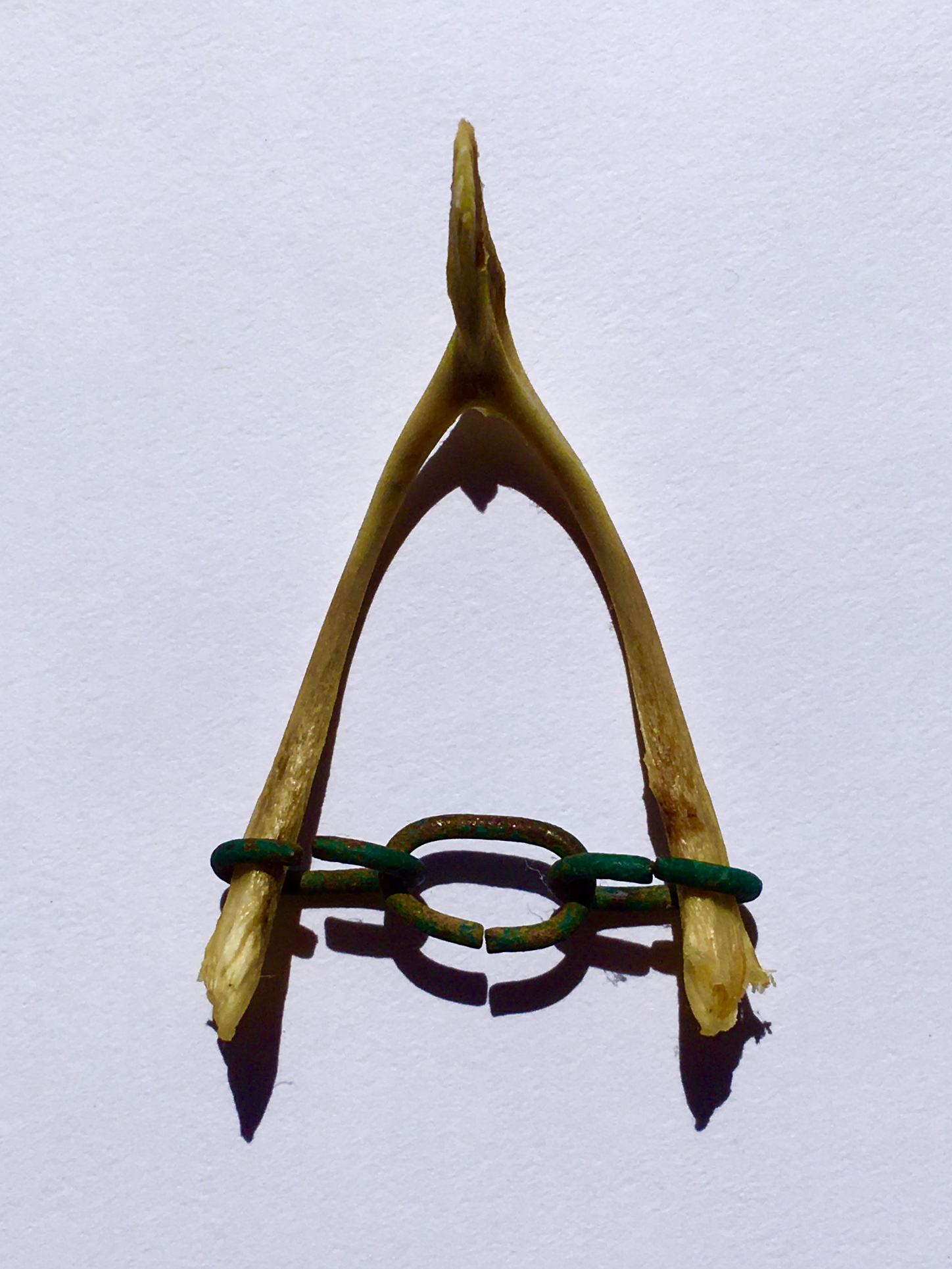 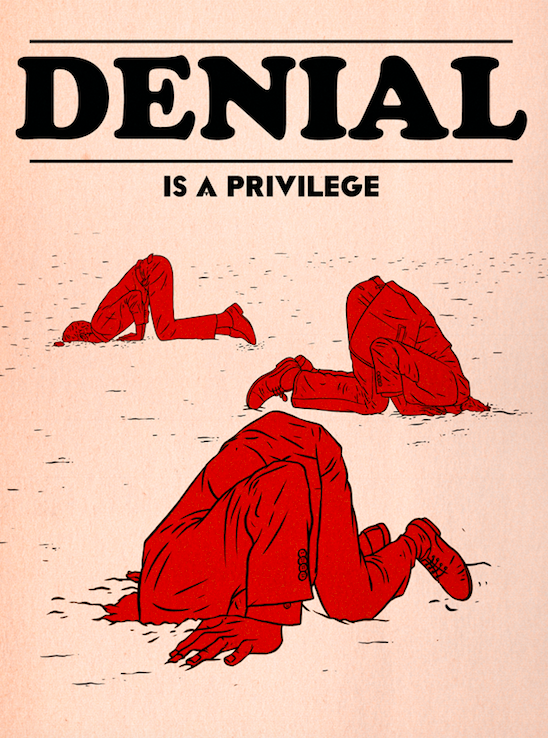 Lanise Howard is a visual artist who recently graduated from Otis College of Art and Design. She works mainly in paint and mixed media. Lanise was born in Southern California and raised partially in New York State. Her earliest years were spent from El centro, California to Los Angeles California. The unique environments of Southern California and New York have both shaped the way she sees the world. Her work is usually figurative and often narrative. There is a surrealistic quality to her work, as well as a spiritual feeling that is often embodied. Lanise is interested in many various topics such as, the esoteric, sacred geometry, ancient belief systems, the current digital world, as well as her experience as a woman of color in today’s climate. Recently she has been moving towards a fusing of these many inspirations, and hopes to further investigate these phenomena in her works. Her recent body of work is an investigation on censorship and assimilation, lost narratives, and hidden histories. Lanise Howard has shown in multiple exhibitions within the past two years, and has won art prizes, such as the Women’s Painters West Award in 2019, and was a finalist in the 2019 AXA art prize.

“This painting is part of a larger body of work exploring censorship and assimilation. Here I am exploring the historical censorship of blackness, specifically black hair. My aim was to give the subject back ownership of their image. In this way I am reifying the image. The pixels become a corona, a crown an ignited aura. Her gaze emphasizes this ownership and awareness of self.” 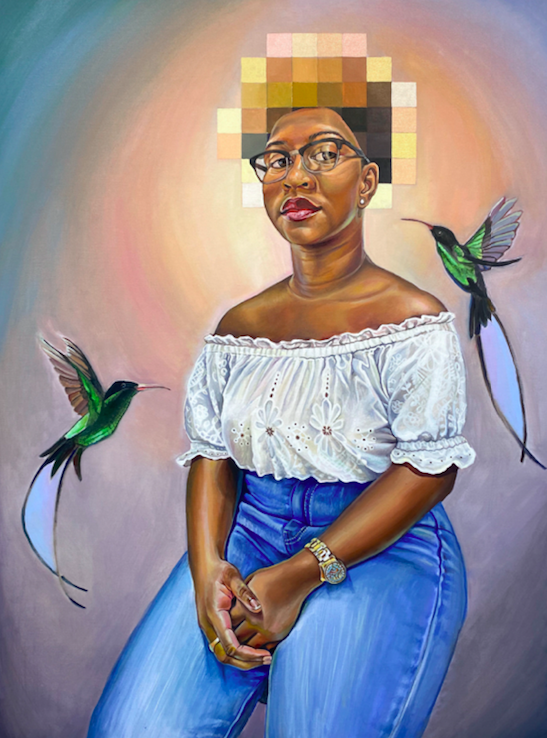 John Niehuss is a multidisciplinary artist, art director and designer working primarily with 3d and emerging tech in his professional career. Having spent 15 years creating compelling visuals and engaging content at leading studios and organizations, John is beginning to apply this skill set to emphasize his personal voice. He believes that art is powerful form of communication able to convey and signal-boost important ideas and concepts.

“I created this this pointed 3d motion-piece capturing the prevailing public sentiment toward President Donald Trump – which I interpreted to be ‘Fuck you.’ This sentiment has only become more relevant.” 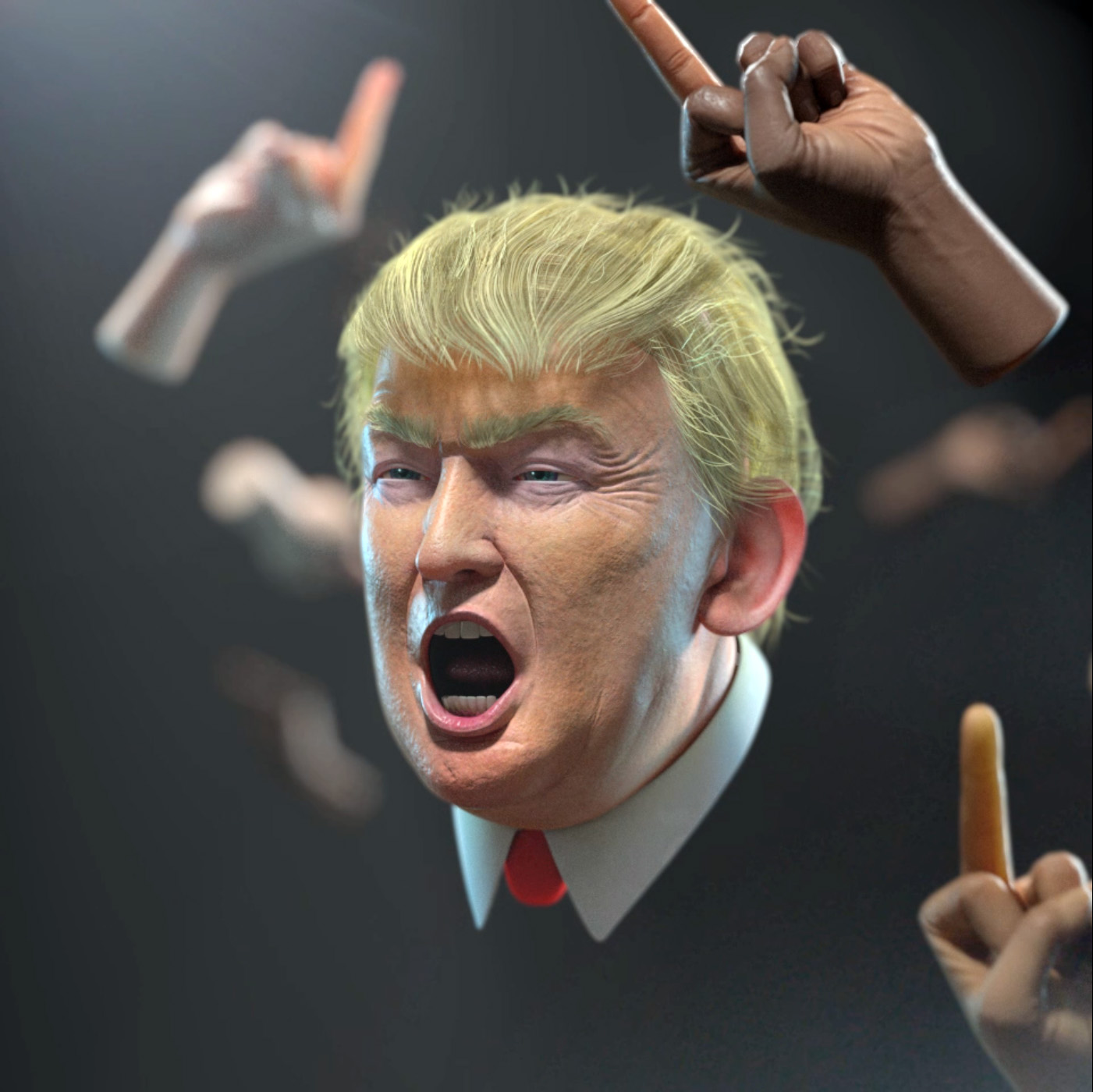