A slow reveal of Gianni Arone’s “Unknown Saints” materialized over the last 12 months. Like royal guests at the servant’s quarters, they are unexpected reminders of something more important than us. An early triptych in the series hung at Gabba Gallery’s, “Kool Layed” mixed media show last year, each piece showing a seated man in a fine suit, face obscured, every man distinct from the other but carved from the same 1936 portrait. Concentric color and lines radiating from their head and shoulders did not “read” as halos at first blush. These saints were different.

A portrait of a woman in black, white hands lightly touching her pearls, a swath of yellow surrounding her nobel face, hung boldly with those of five other unknown saints at Arone’s May “33” show on South Los Angeles Street. Their presence seemed to command obeisance from all who entered, though not for vanity. They were dignified and separate, yet unencumbered by celebrity.

The “Unknown Saints” appeared again on August 28 in a loft space in Echo Park with new, larger and more complex works in the series. Some hung larger and more loosely, sans frame, their figures adorned by lines, patterns and colors on a field of undivided color. Arone’s use of fabric and paper in the works adds to their richness and beauty, with torn and uneven edges that remind us of our imperfection, even when we’re at our best.

“The saints are ‘unknown’ because it takes away the ego,’’ explained Arone. “It’s about doing unto others as you would have them do unto you, about acts of kindness, and not have to telegraph each one – humanity helping humanity without the desire for reciprocation.” Each of the saints faces the viewer head one, their features obscured, but seemingly less so over time. In following the works through their chronology there is a sense that they are becoming more assertive. A medieval gauntlet thrown in a contemporary setting.

Arone, who is also a gifted poet, is accessible and engaging, and is highly articulate about his work, intent and process. His emphasis of conversation, however, is typically not on himself, as he is more absorbed with ideas and concepts of the mind. This particular show had an array of mixed media pieces that are playful, tender, and thoughtful, incorporating word values such as “freedom” or thoughts about the mysteries of the universe.

The evening was punctuated by both live and electronic music in beat with spectacularly colored video abstractions. Visitors were invited to do their own scratch board drawings, and an assortment of small Arone works were philanthropically distributed. Arone is already planning his next show “Unknown Cosmic Formations And Elements” which will include paintings, drawings and visual animations.

When we asked Arone why he  chooses art he stated:

There is an “easy joyfulness” that accompanies Arone’s shows that stems from his genuine gratitude for life and his connections within it. Experience it by going to a show – you won’t be disappointed. To stay on top of dates, follow him on Instagram at  GIANNI_ARONE. To view his various series of visual works, or explore his poetry, visit gianniaronestudio.com. 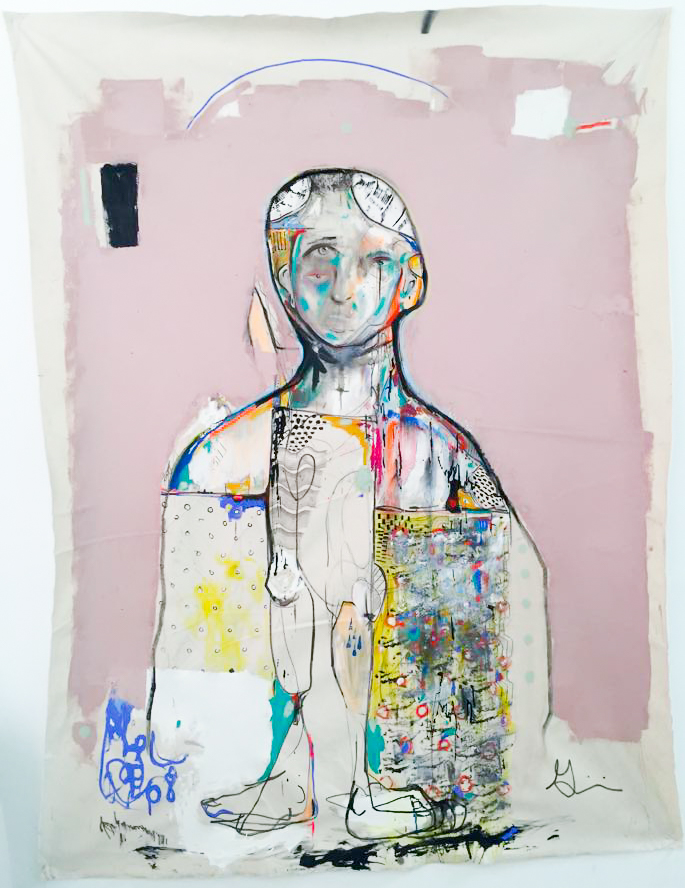 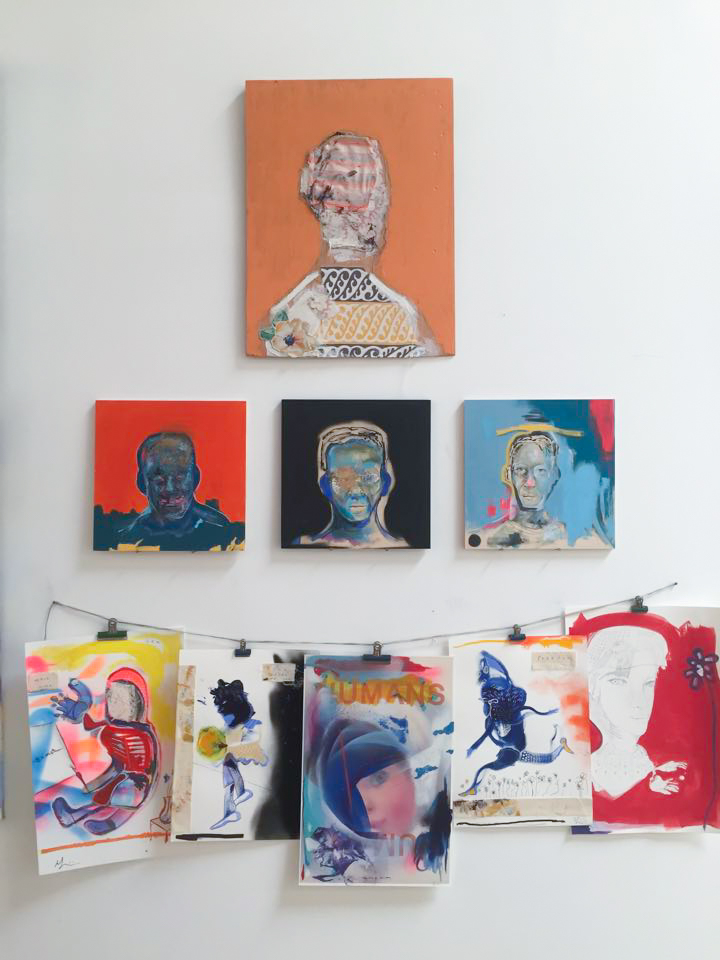 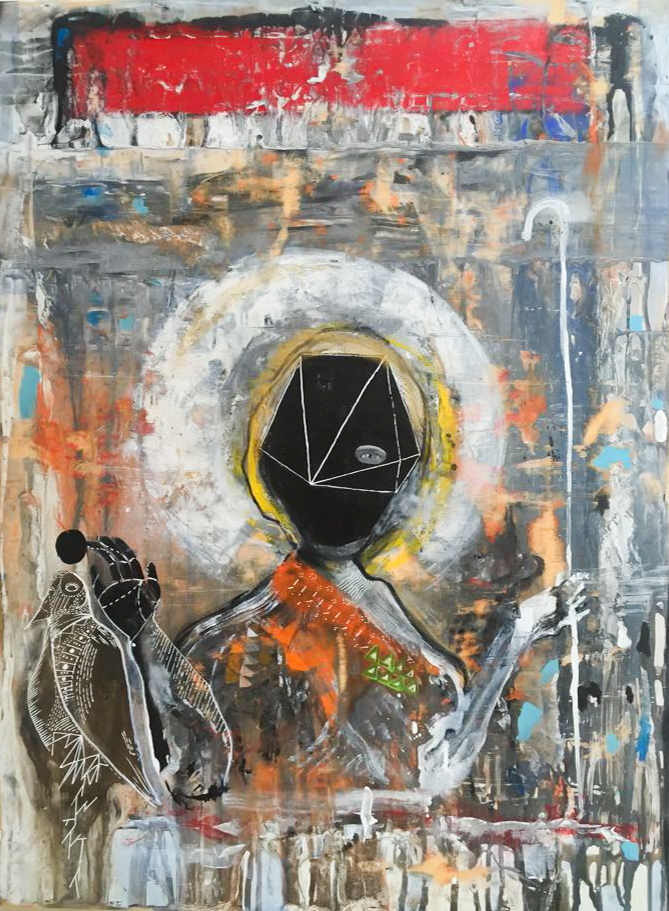 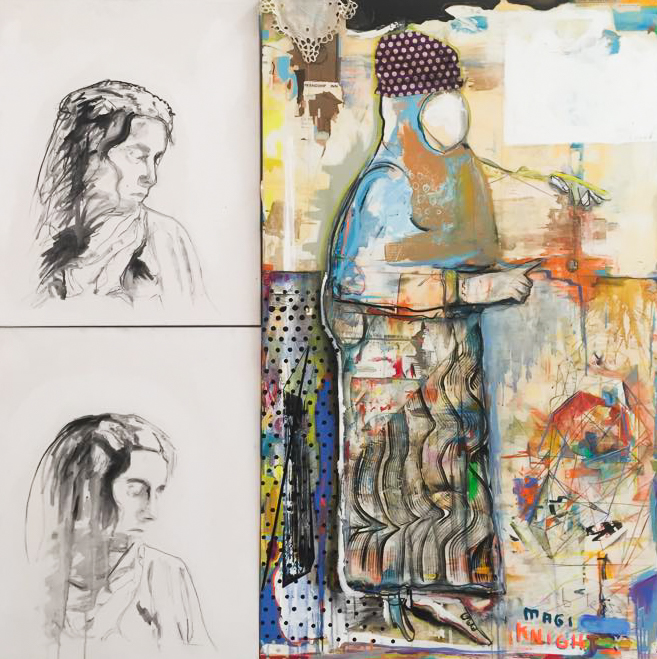 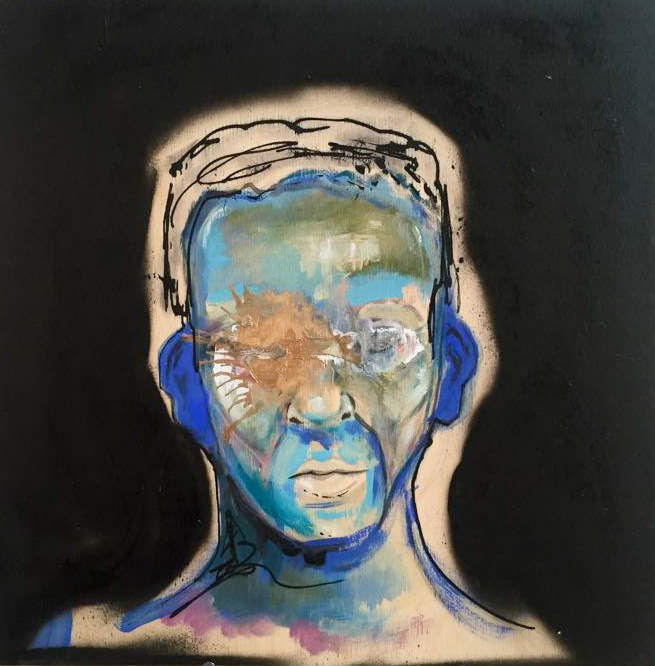 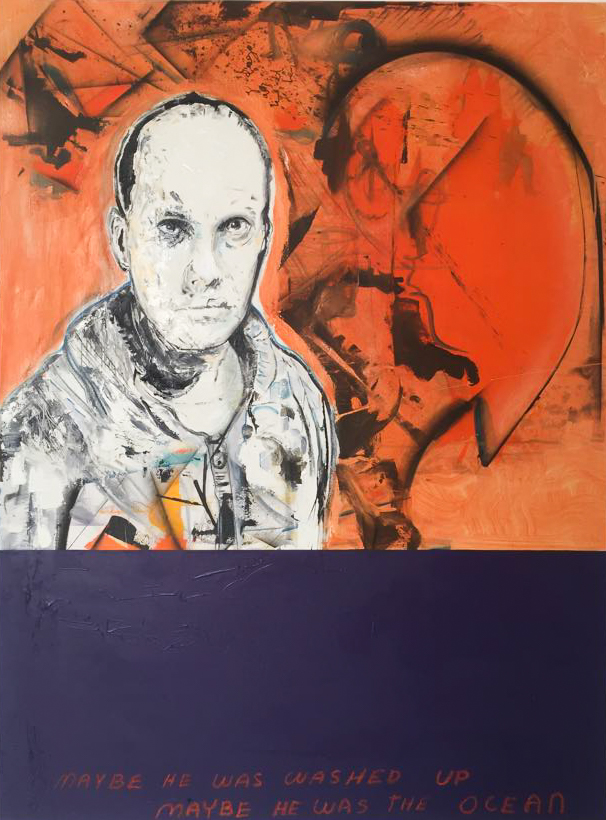 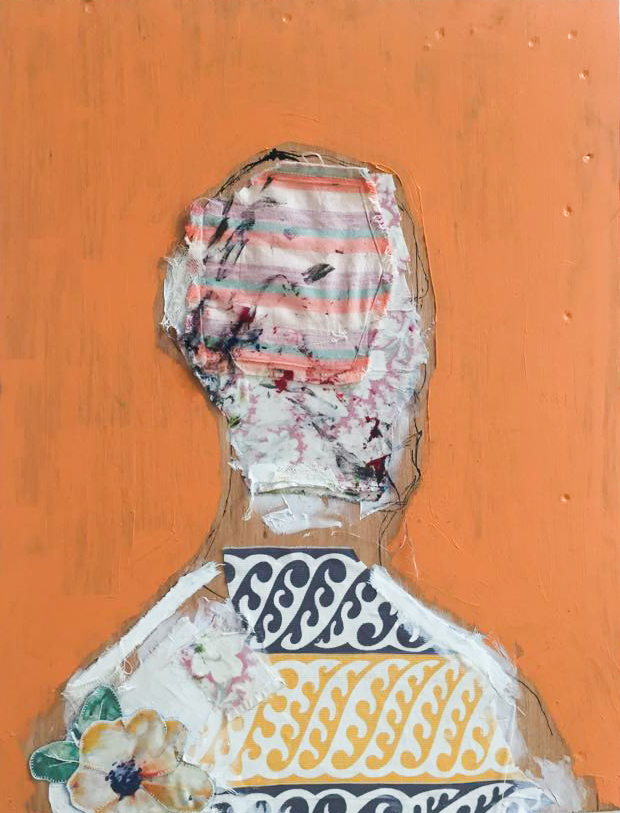 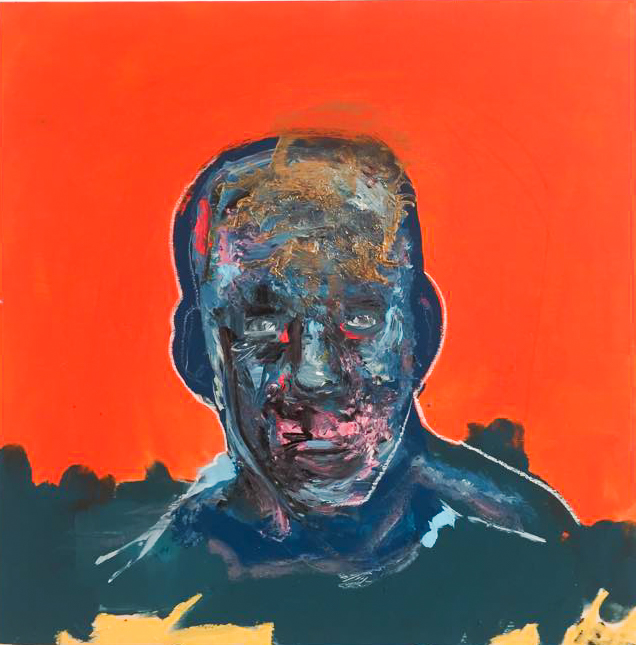 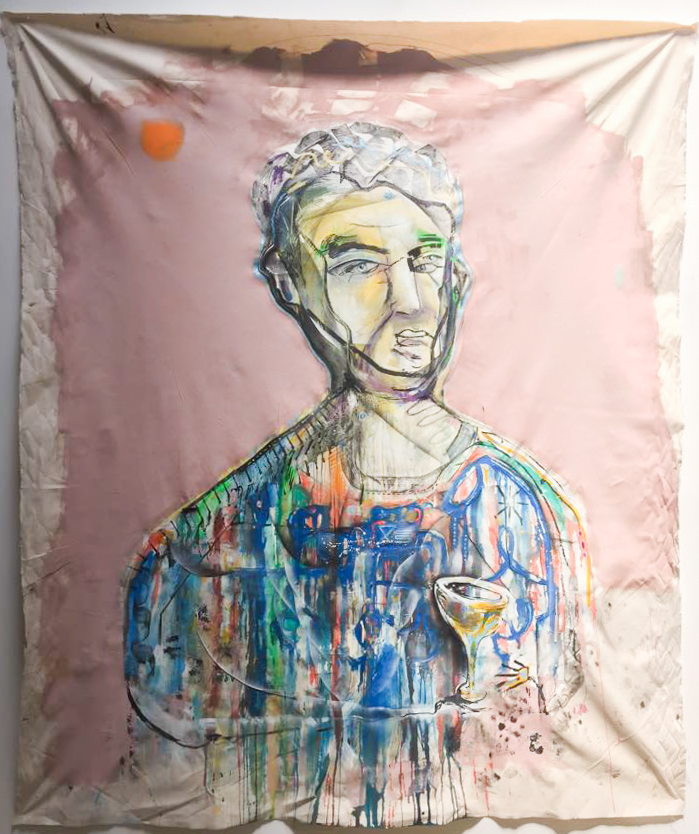 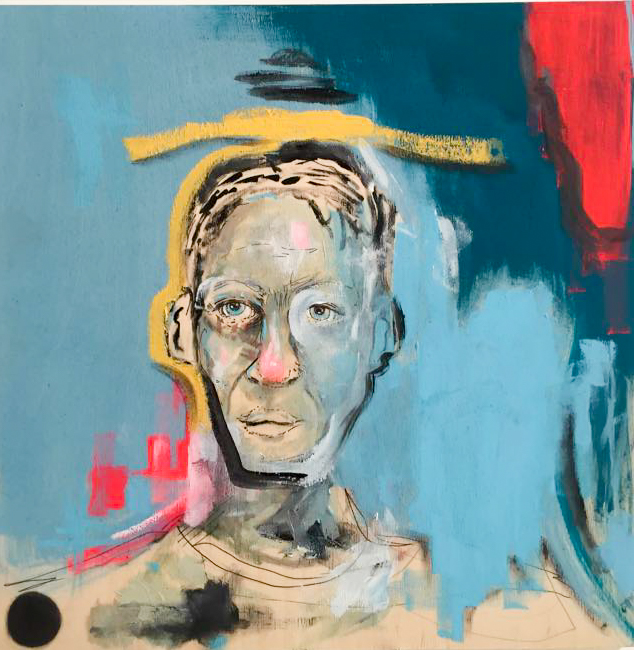 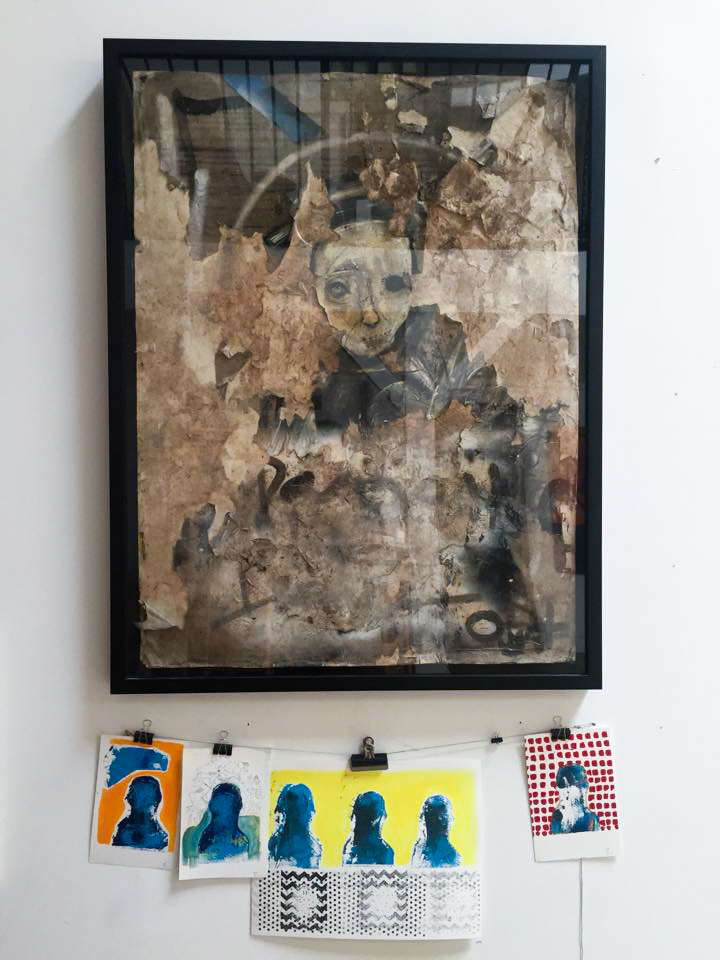 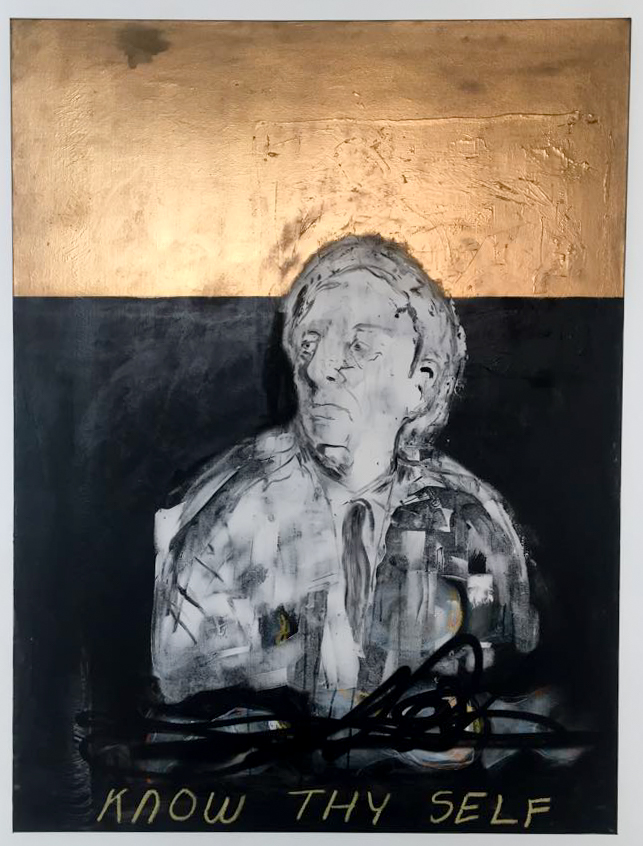 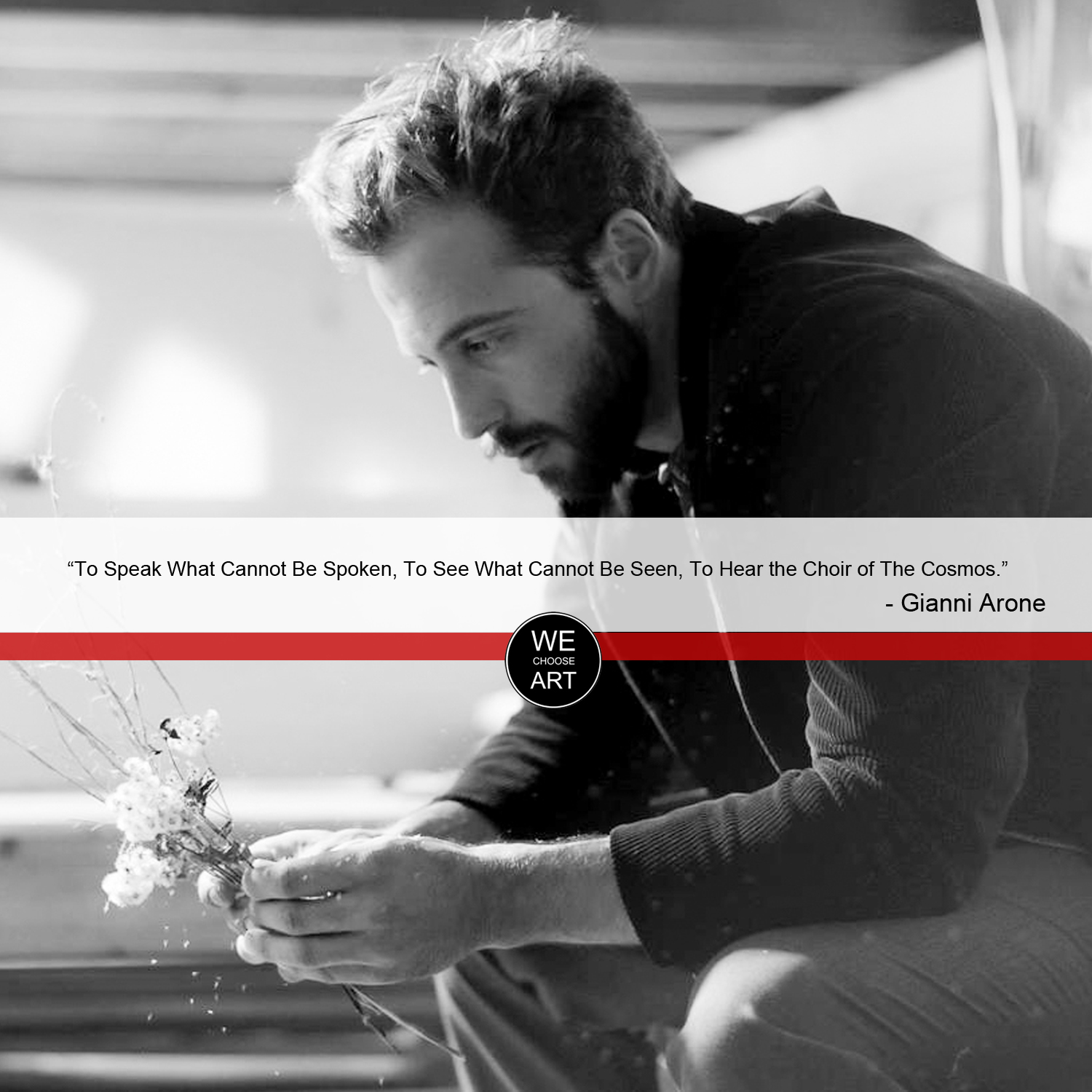