A true observer of human nature, Sheli Silverio uses art to enhance her understanding of the collective conscious. When she paints, she finds that the unpredictable nature of her materials pushes her to explore the unknown. A process of discovery, painting doesn’t only provide Silverio with an outlet for expression, but it enables her to better recognize the beauty that resides deep within us all.

Silverio has always had a technical aptitude for both drawing and painting. Despite her innate talent, she never pursued art professionally. After high school, she enrolled in Pasadena City College and took a variety of art classes but for no purpose other than to create a sense of balance while completing her coursework for transfer.

It wasn’t until Silverio decided to study abroad in Italy that she had a revelation. The program’s curriculum included a course in art history, which attracted several students from Pasadena’s Art Center College of Design. Silverio had never been so completely immersed within a community of dedicated artists, and their attitudes about working made quite an impression.

“While I can’t explain why, I’d just never made the connection before. It wasn’t until I enrolled in that course abroad that I realized that I could focus my study on what I loved and that art wasn’t only about having fun.”

When Silverio returned from Italy she felt invigorated. Immediately, she declared fine art as her major. Soon after, she began entering juried exhibitions and applying for scholarships. Intent on building a strong portfolio, Silverio became willing to take whatever steps she needed to get into an art school where she knew she’d encounter the same level of support that she had experienced in Italy.

While Silverio’s determination gained her admittance to San Francisco’s California College of the Arts, a number of events that coincided towards the end of her second semester brought her back to Los Angeles. The first was the breakup with a longtime boyfriend. The next was the high cost of living up north that had quickly taken its toll. Worse yet was the unexpected and tragic loss of a close friend.

Silverio couldn’t help but experience feelings of defeat upon her early return home. She hadn’t met her goal and attained her degree as anticipated. Rather, she’d acquired a new level of debt along with a mournful and heavy heart.

Time passed, but slowly Silverio started to piece together a new plan that took shape when she took the initiative and cleared a small space in her mother’s garage where she could work.

“When I started to paint again, I immediately recognized that the depression I’d been experiencing was largely due to the fact that I hadn’t been working.”

When asked, Why choose art? Silverio didn’t pause before answering:

“Without art, my life would be just so incredibly empty and depressing.”

Although Silverio’s plans didn’t pan out as she had hoped, they did in fact help her to understand why she had always been compelled to work creativity.

Last spring, Silverio was awarded an undergraduate degree in fine art by CSUN. Years in the making, her graduation from college helped to validate all the hard work and perseverance that she’d faced throughout most of her twenties. Even more, it provided her with a new level of confidence that has since pushed her to begin an impressive new series of work.

Although Silverio has spent the last few years working in oil on canvas, she recently changed directions and has begun to work in watercolor and ink on paper. The subjects of her paintings have always conveyed unfiltered honest emotion. Yet her newest works contain an added layer of intensity suggestive that she has indeed truly come into her own.

Rarely do we pause long enough to look past the external to recognize when another experiences a fleeting moment of vulnerability. While candid moments such as this often go unnoticed, Silverio purposefully seeks them out. Oftentimes, you will find her hiding behind the lens of her camera, snapping photos of her friends, family, and even herself. These photos are the basis of her work and her depiction of them is what gives her work a playful yet raw sense of vibrancy that pushes viewers to consider the layered complexities that comprise our true selves. 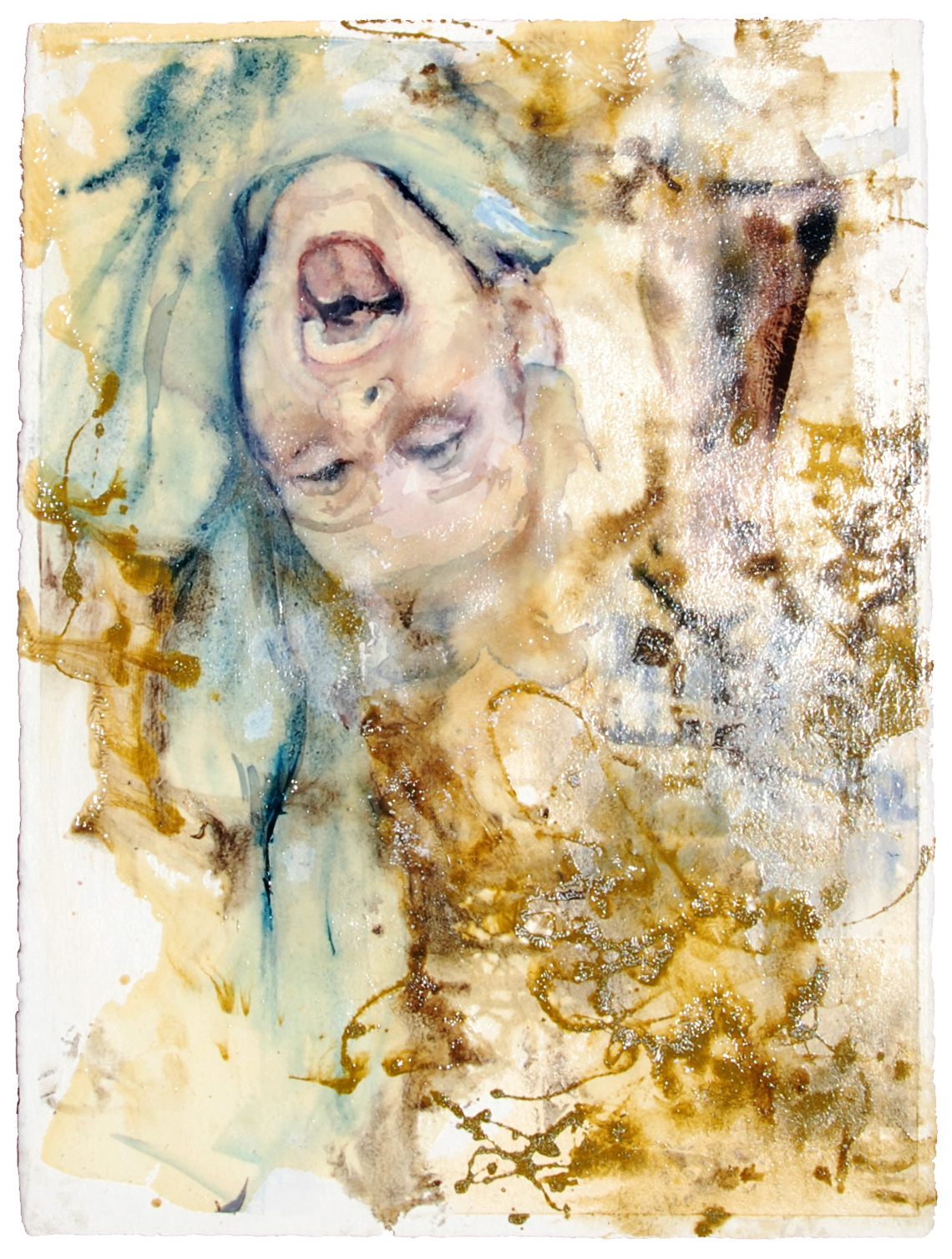 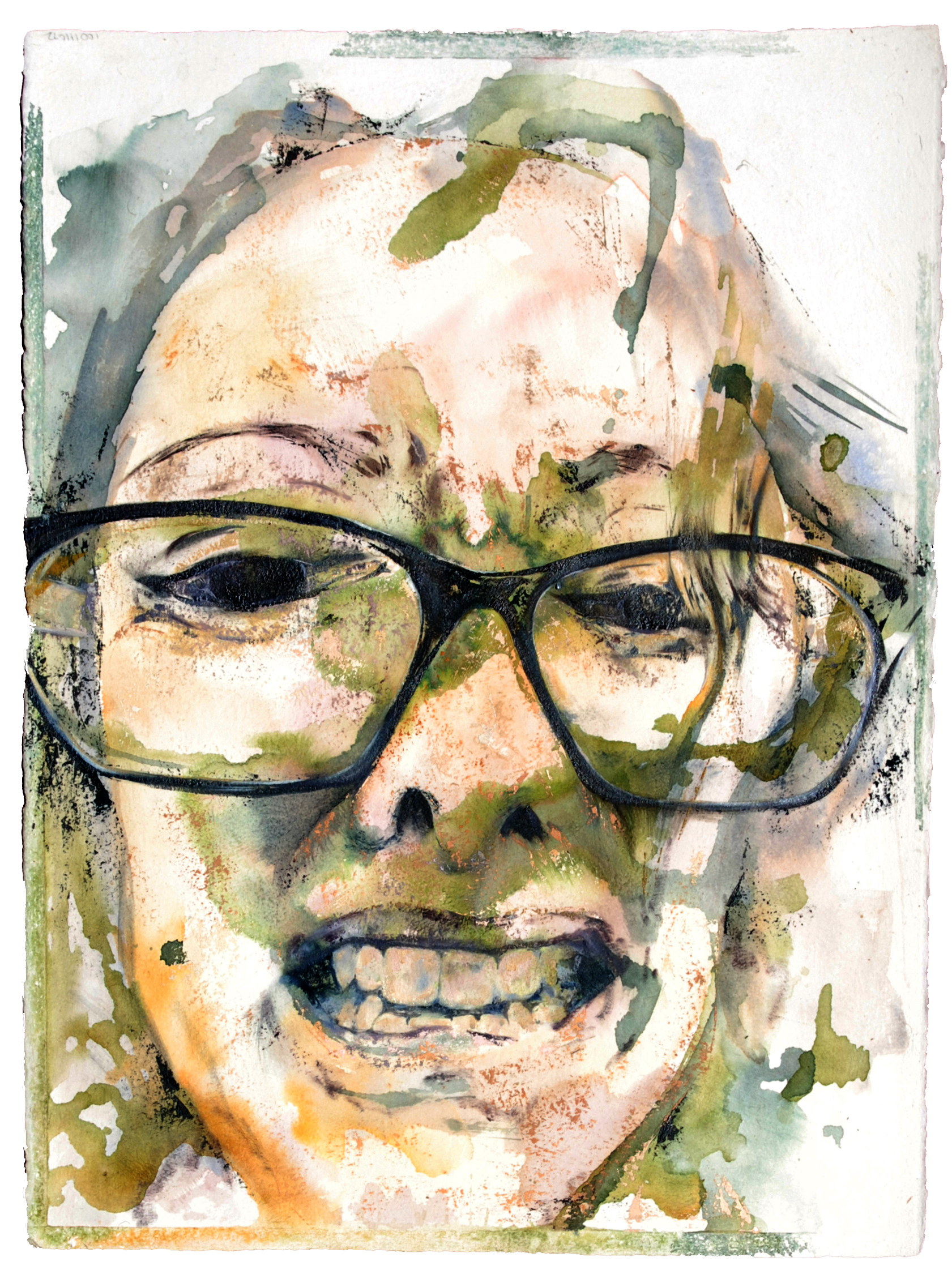 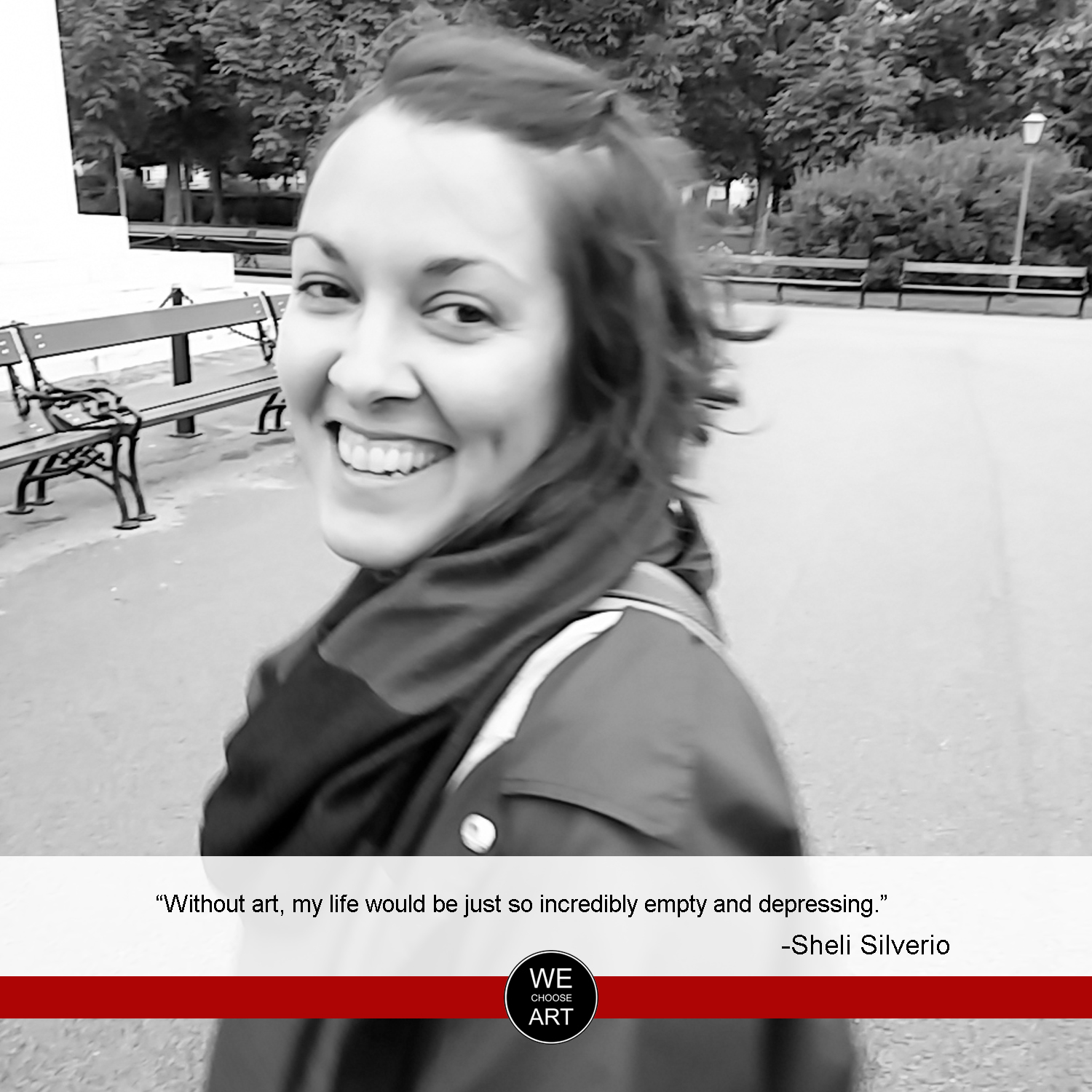