Childhood is a time of innocence, progression and development; fun and games and all the growing pains that come along with it. These ideas and so much more have been beautifully conceptualized, staged and photographed by artist Kathy Curtis Cahill in her latest show “Make Believe” at the Keystone Gallery.

According to Cahill,  “Childhood remains one of my main photographic topics because so much of who we become as adults is formed in these early years. Our home environment shapes us and if we have a disadvantaged environment the escape into make-believe becomes a major coping mechanism.”

Cahill uses dolls to represent children in her pieces and depicts scenes of everyday life and/or memories that resonate with so many. In pieces such as “Super Hero” or “Just Like Daddy,” we see dolls (children) dressed up in oversized adult clothing or with a towel safety pinned around their neck to form a super hero cape, reminiscent of playing dress up, or “Make Believe,” as a child.

Cahill states, “Trying on different personas allows children to experiment with being someone else without fear of consequences. It helps them to develop empathy, which is an important component in the development of the social skills that lead to a better chance of success in life. Often they pretend to be mom and dad, but also like to be someone powerful and admired; a super hero, a doctor, a cowboy, a princess. All involve some sort of prop or costume to help visual define who they are, but their imagination fills in the rest.”

Cahill takes photography, childhood memories, and imagination to a whole new level and We Choose Art was intrigued. While preparing for her closing reception at Keystone Gallery Cahill took a moment to talk about her artistic process.

We Choose Art: So first off, congrats on the show, I absolutely love it! Can you give me a little insight into your background and how this show came about?

Kathy Curtis Cahill: Most all my jobs have been in the arts in one way or another. I studied to be an art teacher but wound up meeting my husband in school and he wanted to be a film maker. So we came to LA from NYC and I was surrounded by actors, writers, directors and all sorts of creative people. I fell in love with the entertainment industry and spent most of the rest of my working years in the Art Dept. (In one position or another) I did commercials, still shoots, music videos, film, and television but I always loved photography, so I chose that as my medium to create with when I retired.

(and as for the show) Childhood is a dark and scary time. Think how vulnerable little kids are, and dependent; victims, even of one another’s cruelty. But they are also resilient and if provided with a fairly stable environment (they) will survive and grow up…although not without scars. Good and bad memories are all in the mix of who we are as adults.

Growing up I had 2 brothers and was a real tomboy. In fact, I wanted to be a boy. I had one child, a son, and so my experience being a child, and raising a child, had a very male slant. Boys have aggressive tendencies, toy guns, sports, video games, all recognize that need to do battle and win. The picture “Ambush” is just a kid with a squirt gun waiting for his sibling, or the family cat. I don’t see it as any more unusual than a kid with a stick pretending he has a Jedi Sword.

We Choose Art: I find it interesting how I immediately applied adult themes to “Ambush,” another innocent situation. Maybe that says more about me though.

Cahill: Pick an era and the boys have a pretend weapon of choice. Did you see the picture of me and my brother with the bb guns at the sign-in table at the gallery? I was 7, my brother 6. It wasn’t unusual back then. Childhood isn’t always civilized, that’s learned behavior, not innate. Power or empowerment is a natural human drive even in little kids.

We Choose Art: It was hard for me to innately see the innocence, even though, as you said, each generation has their toy weapon of choice. It’s a squirt gun, completely innocent. Looking at that now, that’s clear. I was big on the swords and nun chucks personally.

Cahill: I downplay my years in the entertainment industry and only mention them as it allows me to be a story teller. My set decorating were clues to the background and personality of the characters, not just furnishings. I loved to make up histories about them, to give me a point of reference for choosing each object. My photography is about real life and real memories, mine and others. We all had childhoods, so it is a universally common experience. So for the people who have seen the show, they all remembered childhood moments of happiness in play, or perhaps, a memory of their own children. Many times I have heard, “oh I had those army men”, or “my daughter loved dressing as a princess” and even, about Wild West “That is so our generation”. Everyone finds a bit of themselves in these pictures

We Choose Art: So Kathy why do you choose art?

Cahill: I choose art because I have been an artist since I was 8 and found out I could draw cartoons better than my brothers. Competitive even then!

“Make Believe,” whether it transports you to a fantasy land or takes you way back to your own youth, has successfully captured the nostalgia and innocence of childhood that we so often lose in our grown up lives. Seeing the world as presented through Cahill’s eyes and experiences allows us, as adults, to also play make believe and use our (often) unexercised imagination. See more of the “Make Believe” on during the closing reception this Saturday, February 4th  from 3:00 – 6:00 PM at Keystone Gallery. 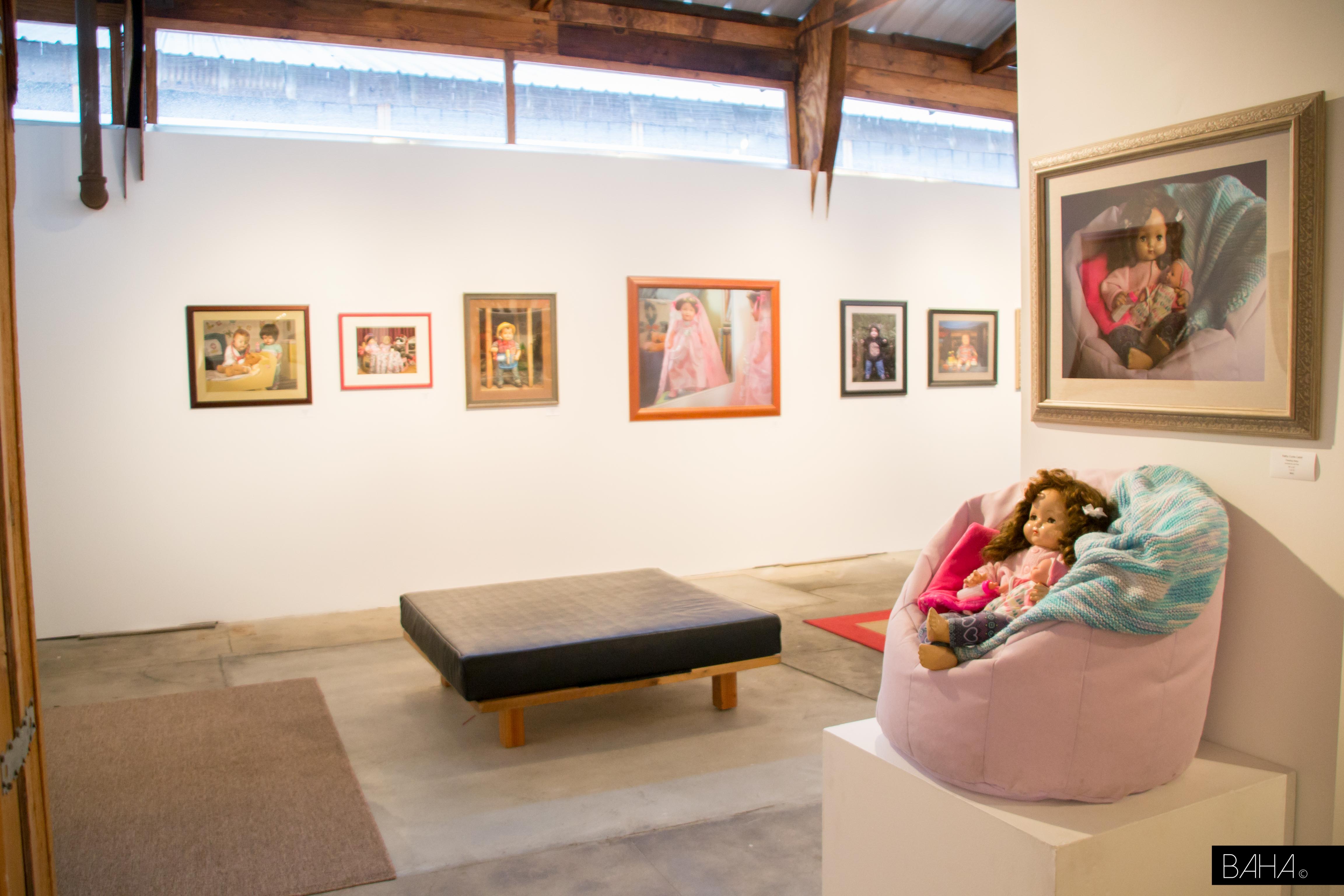 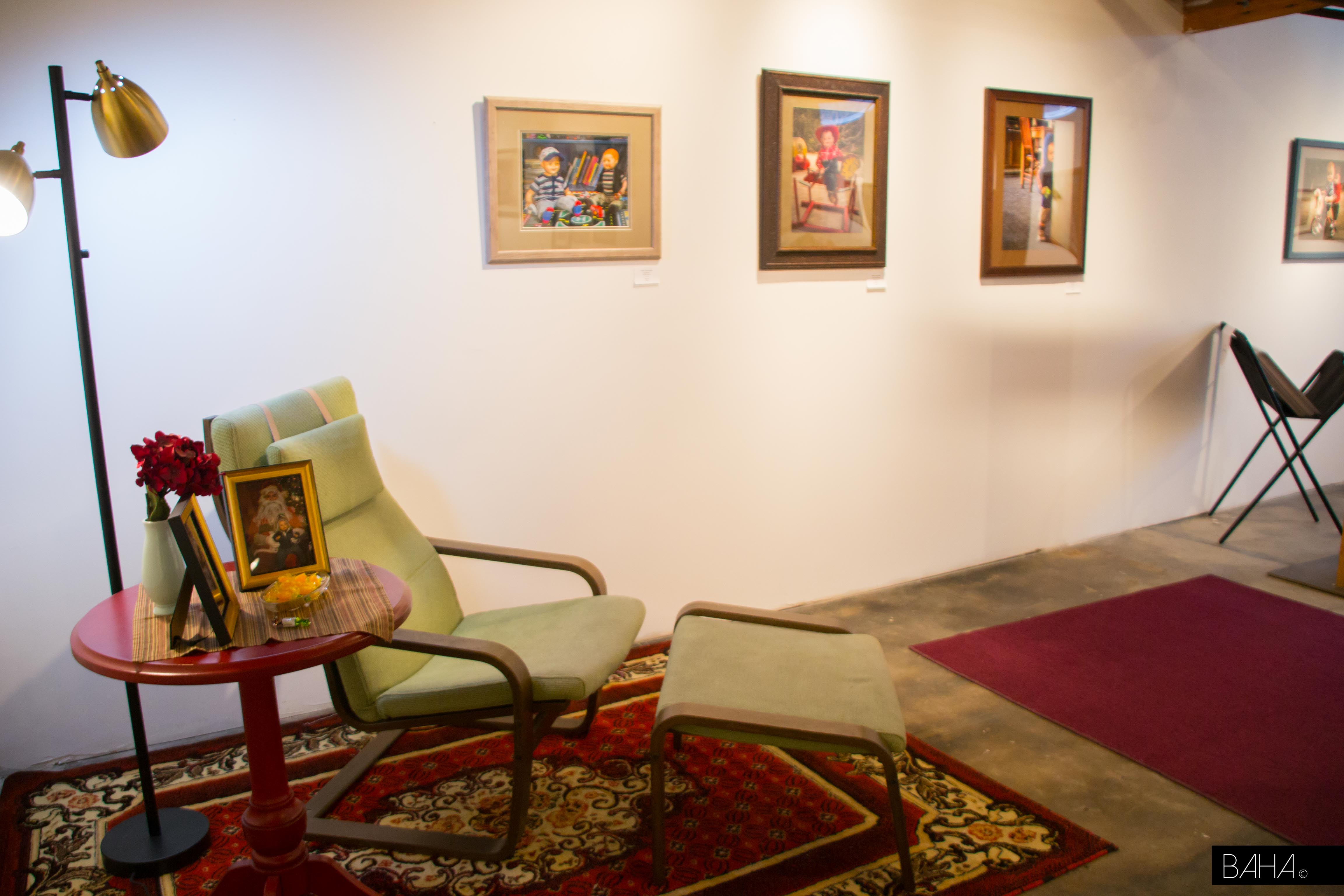 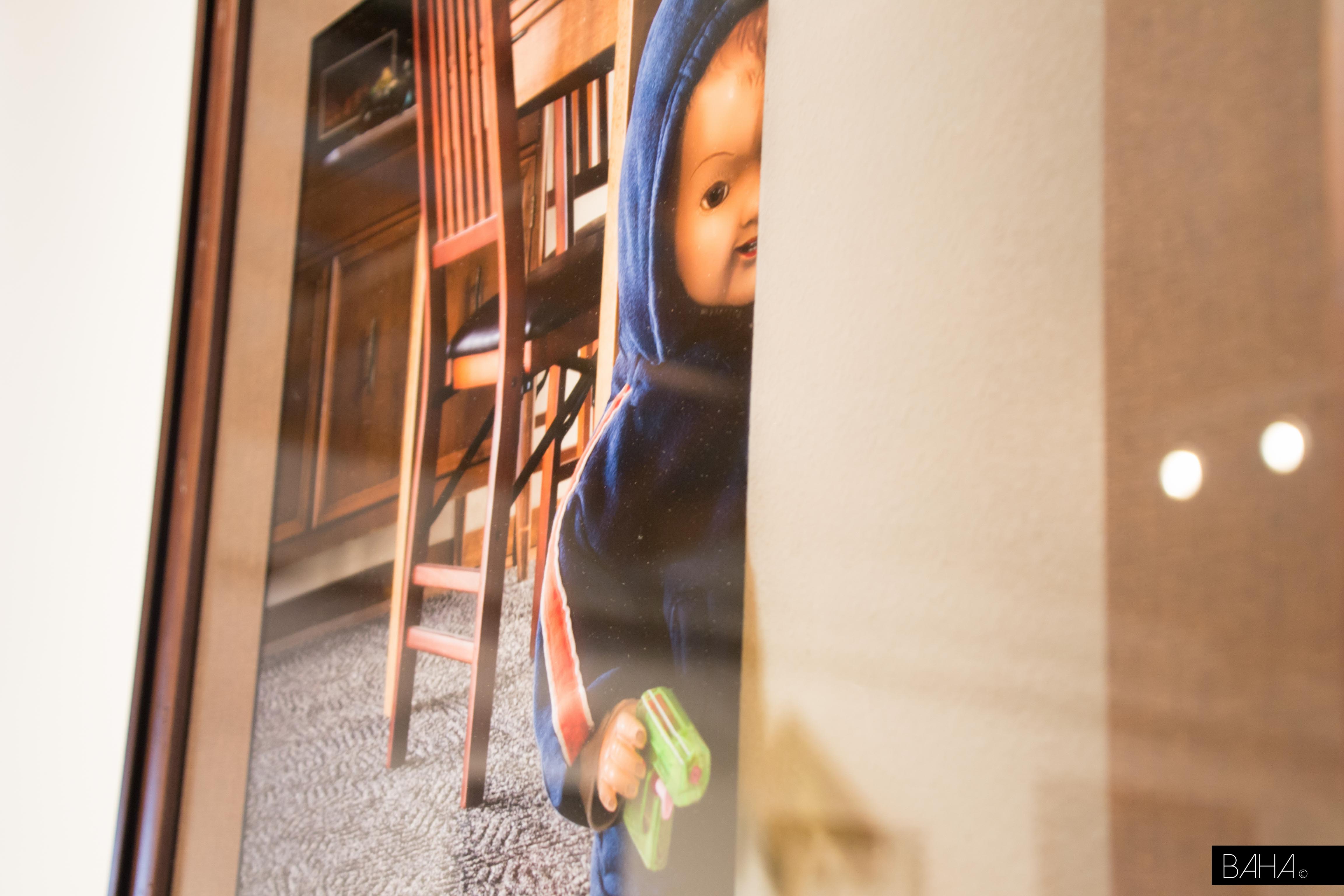 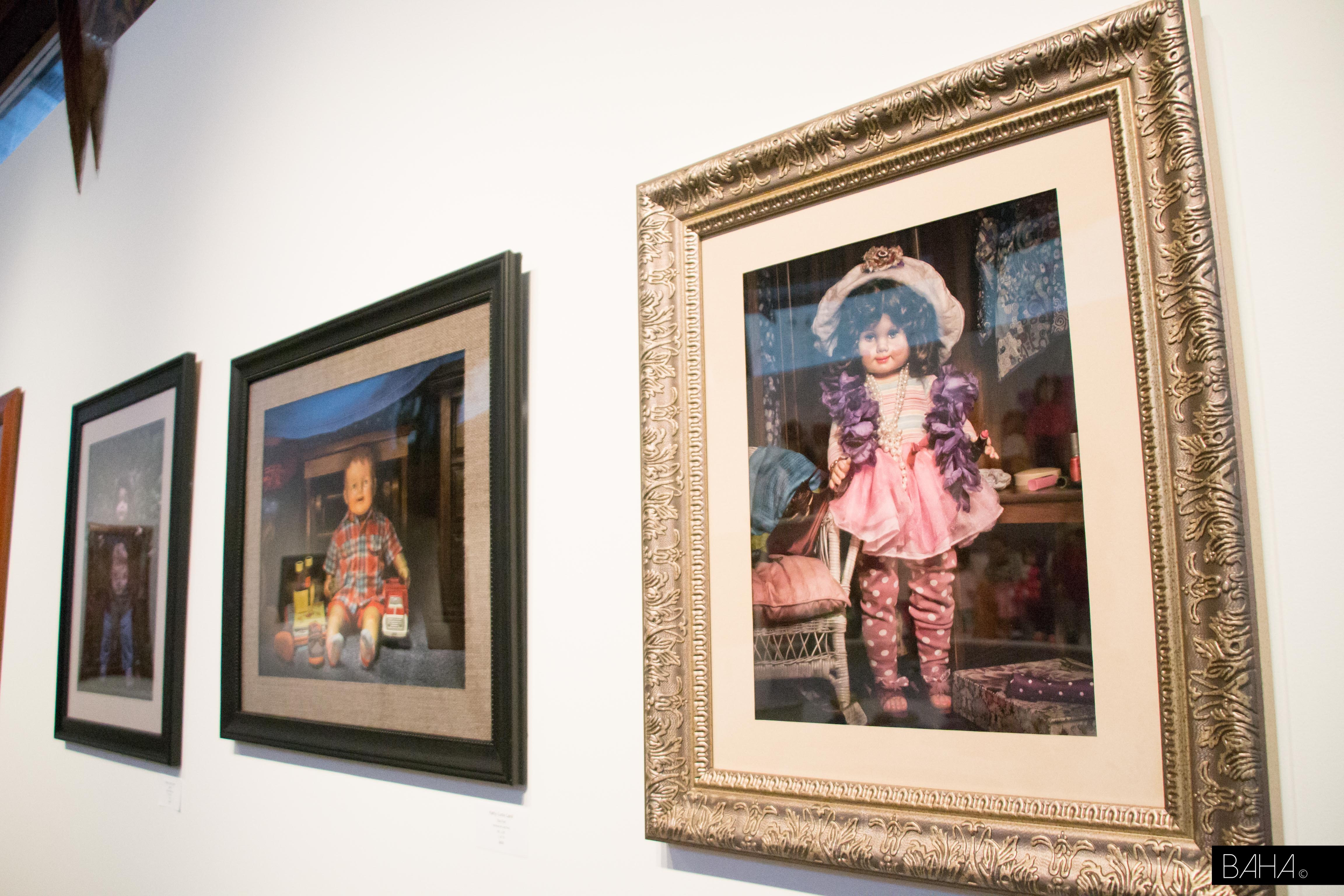 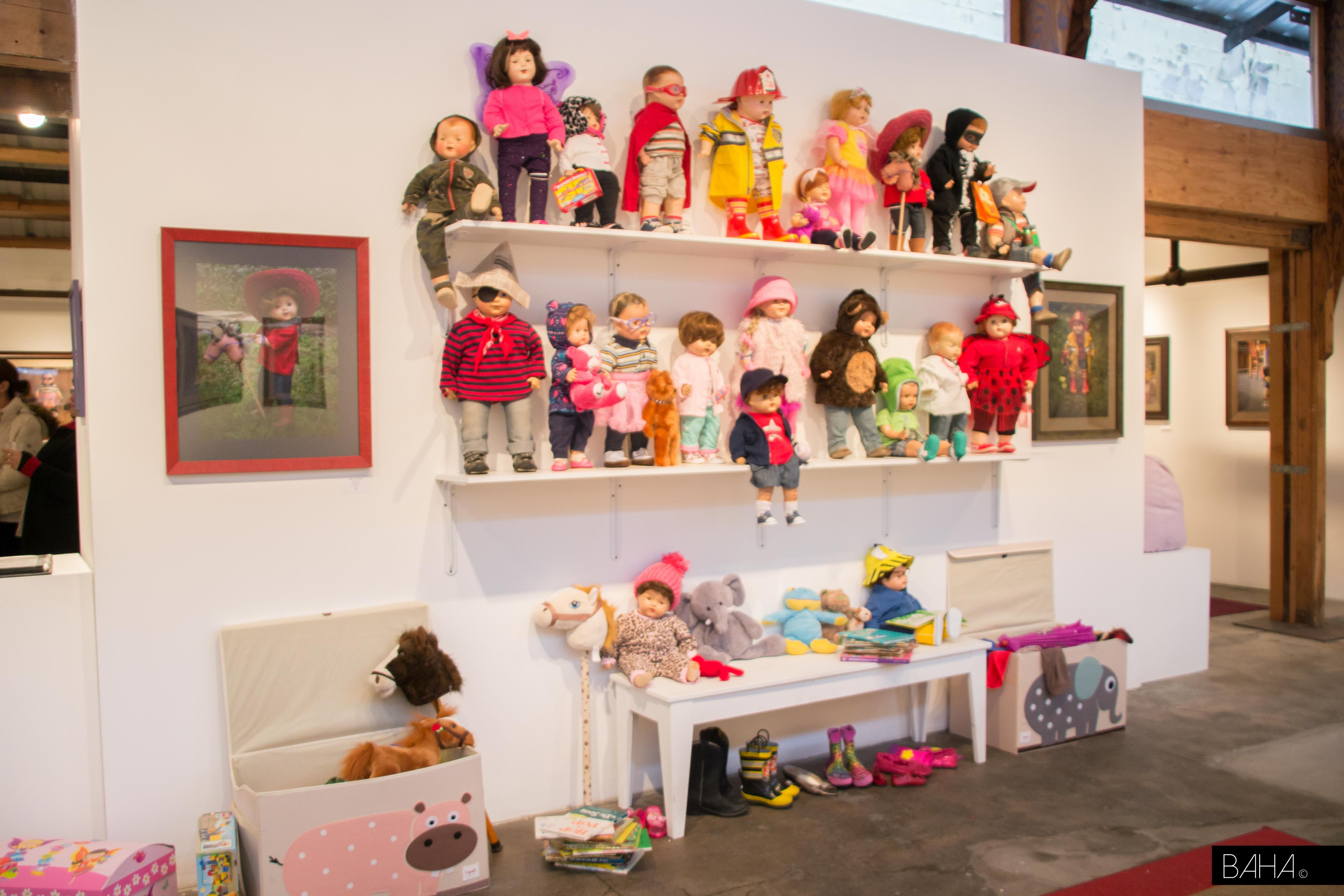 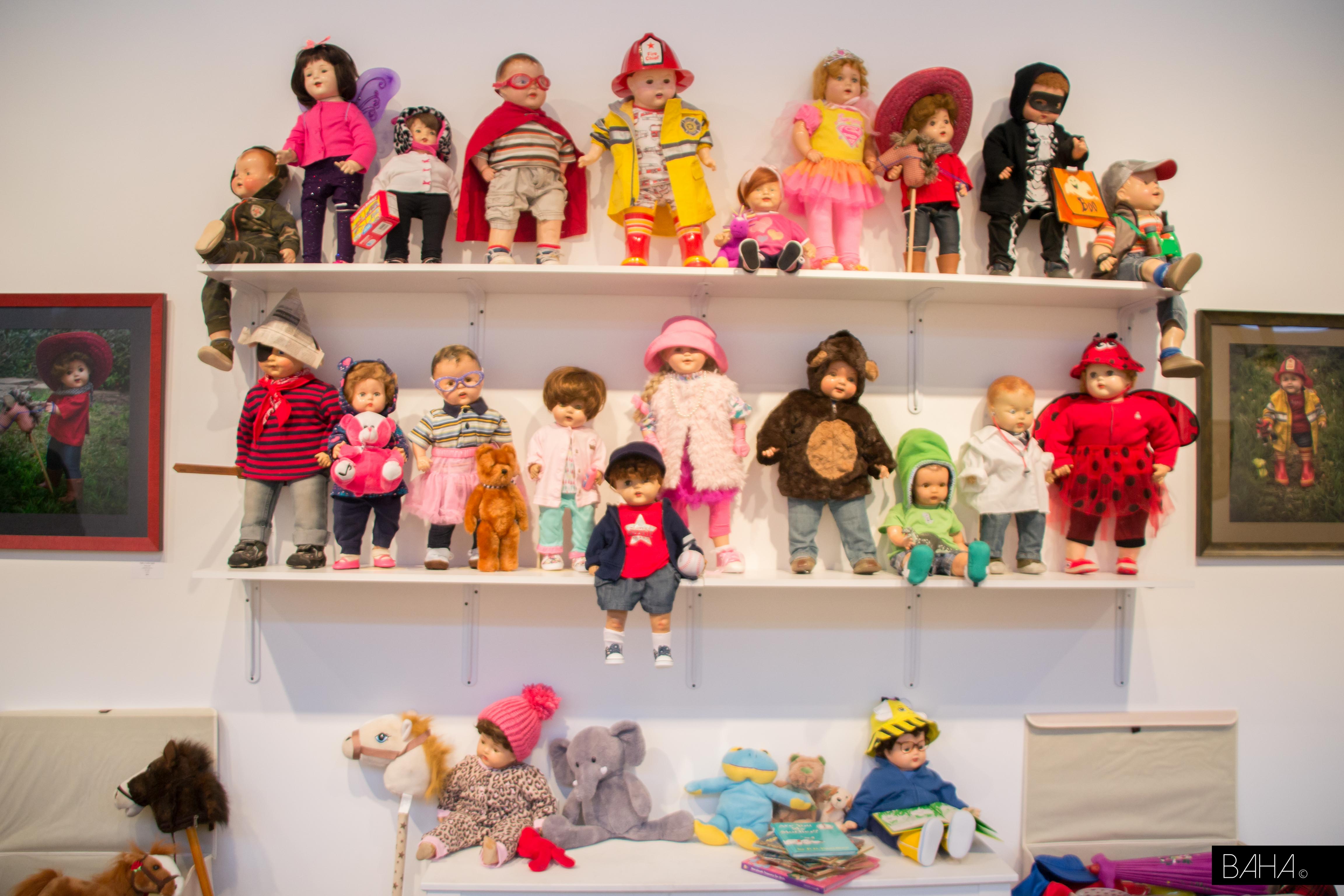 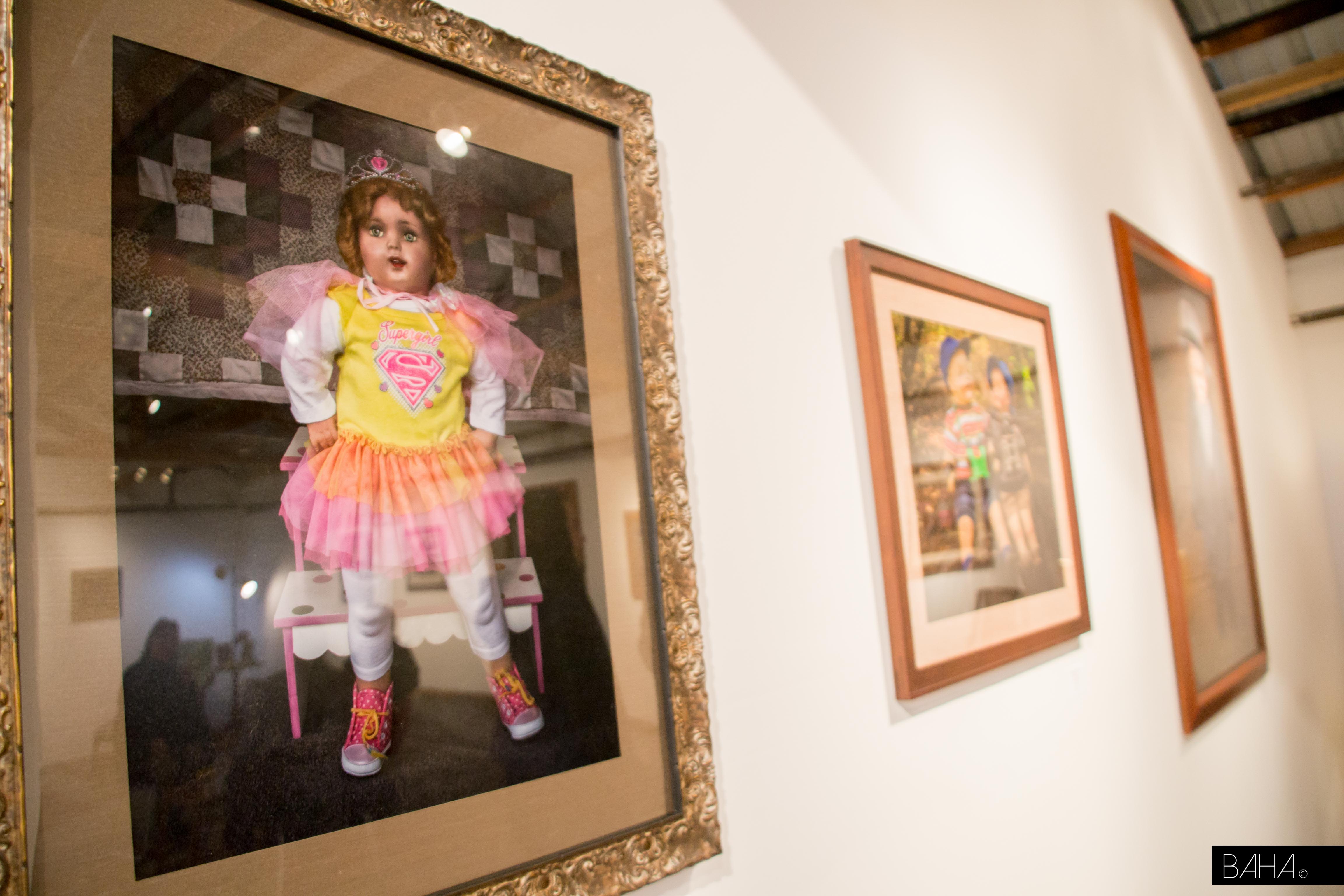 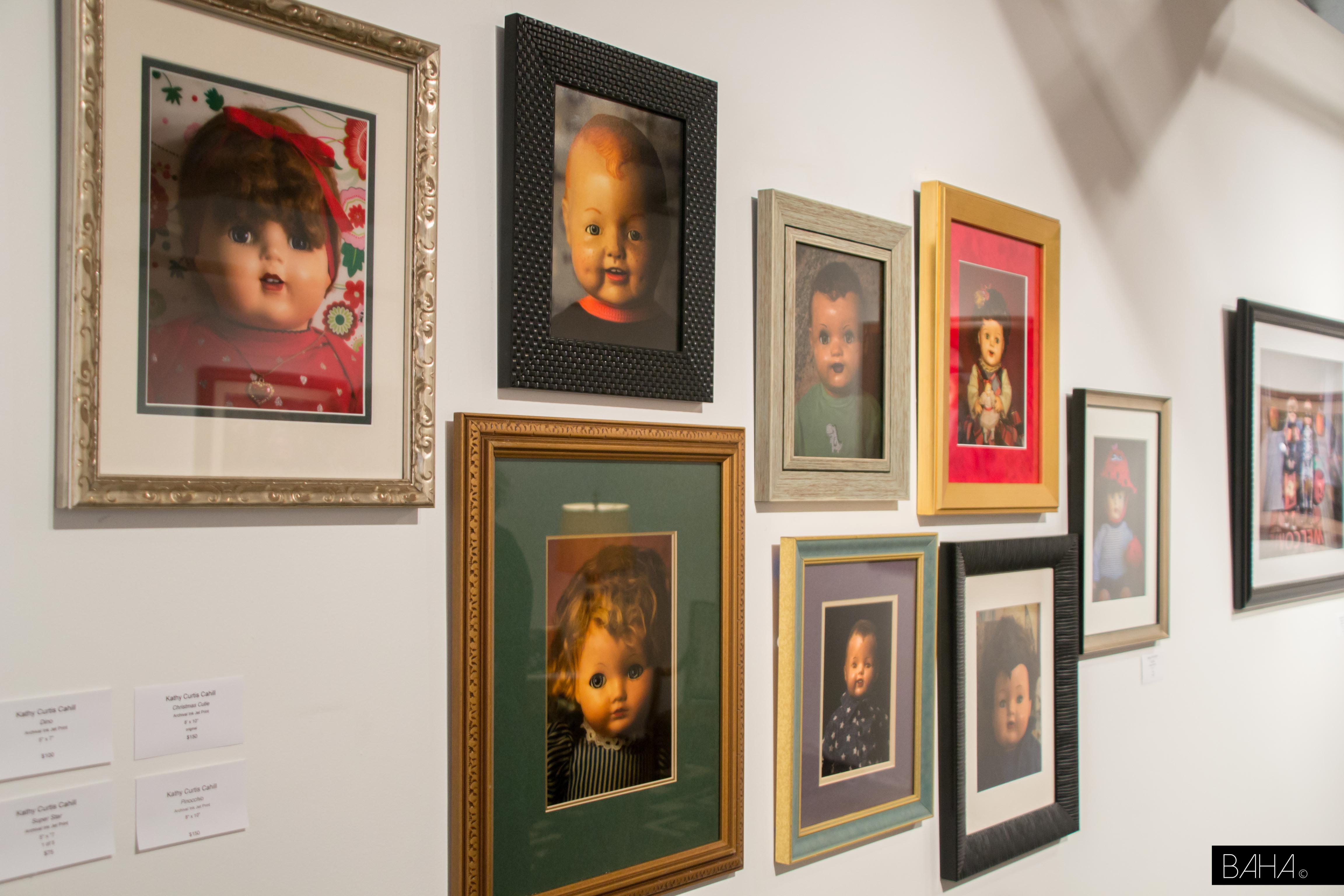 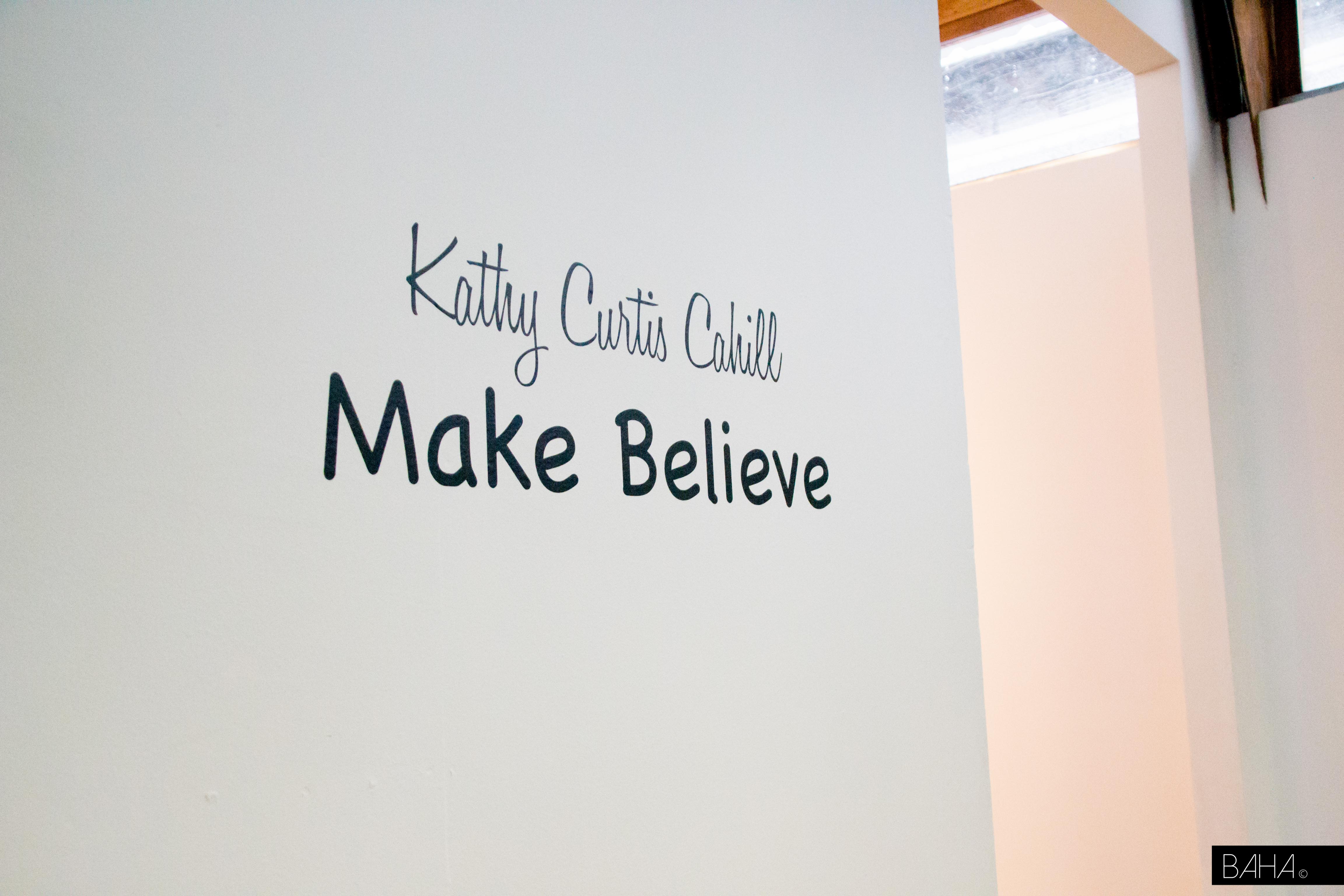 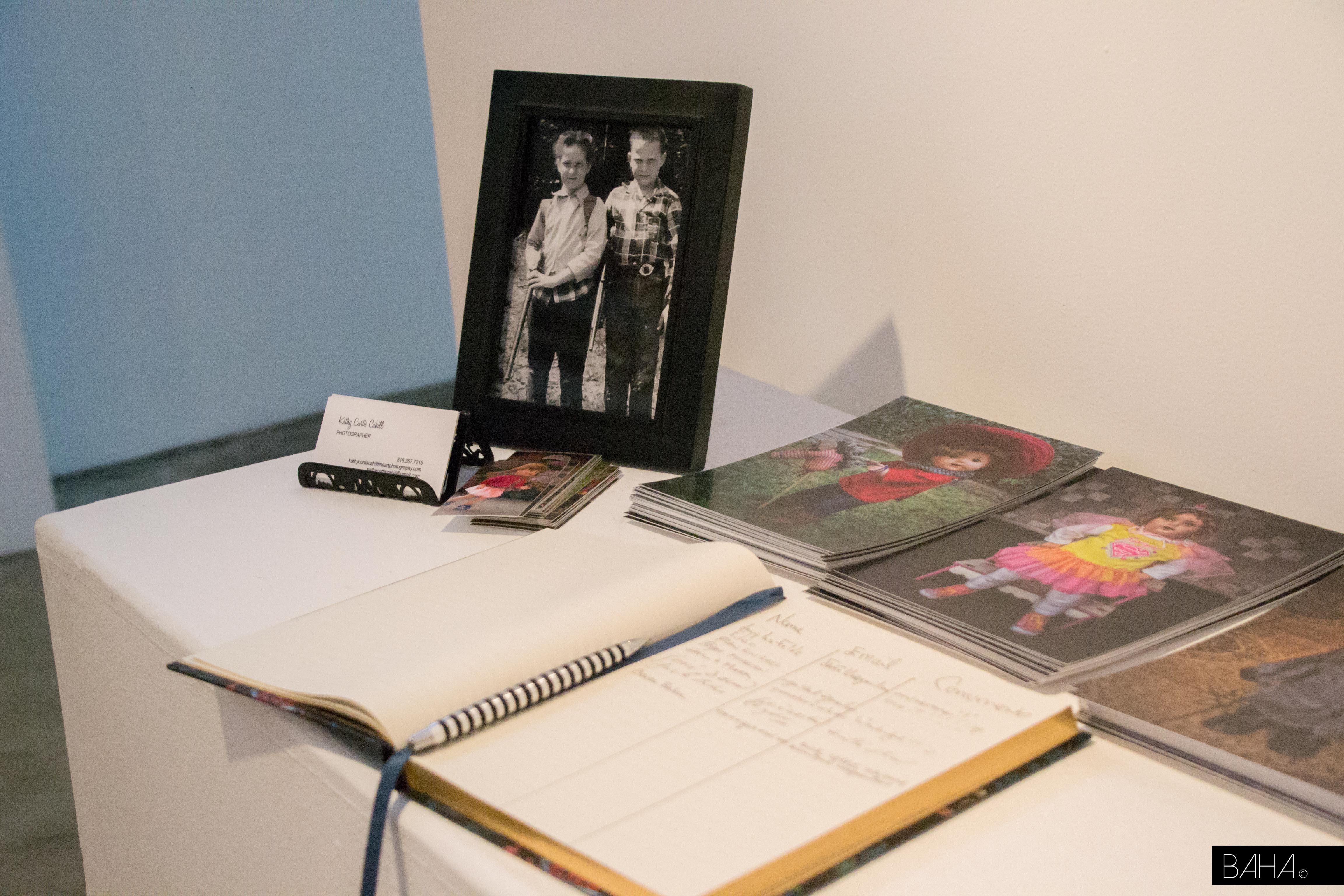 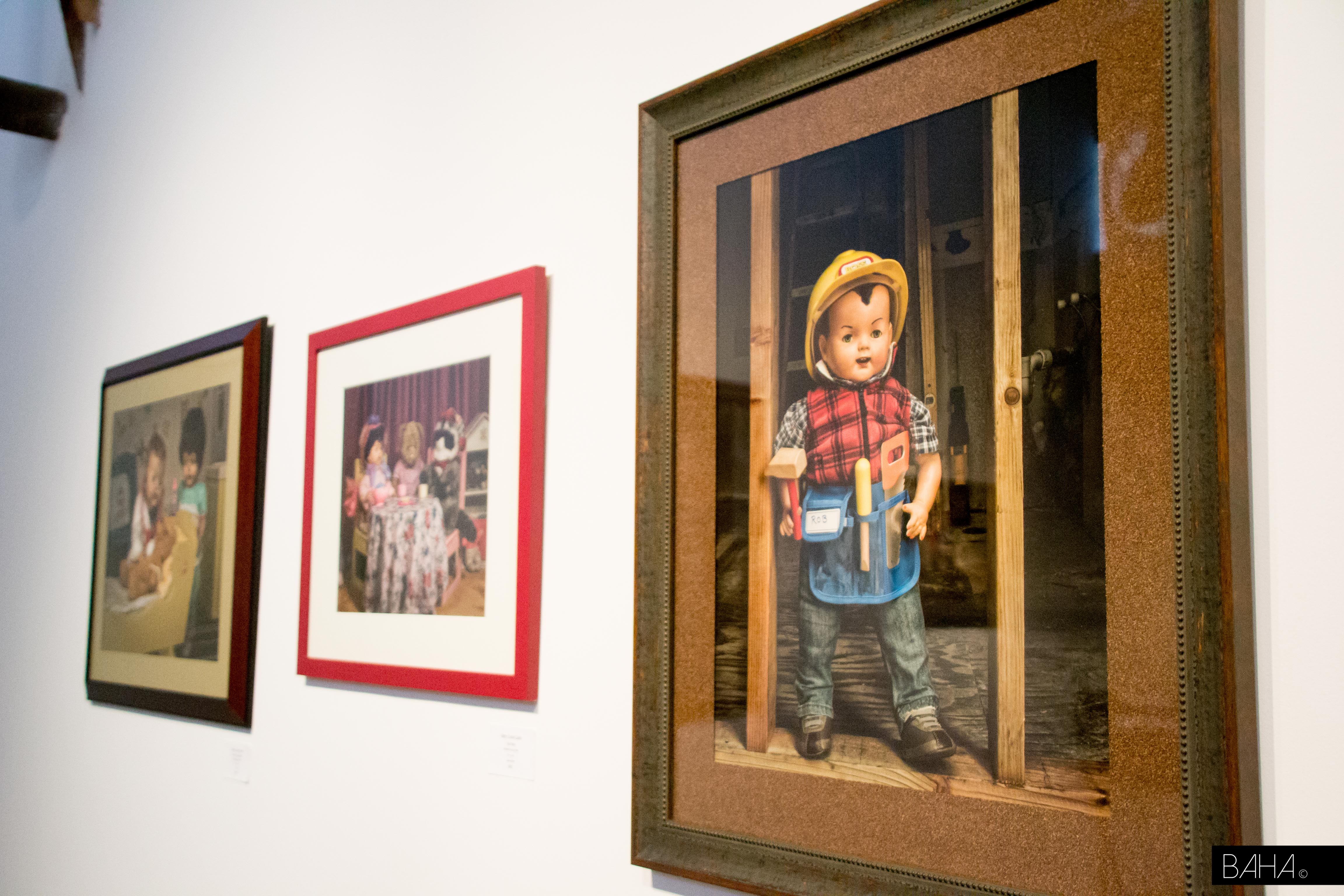 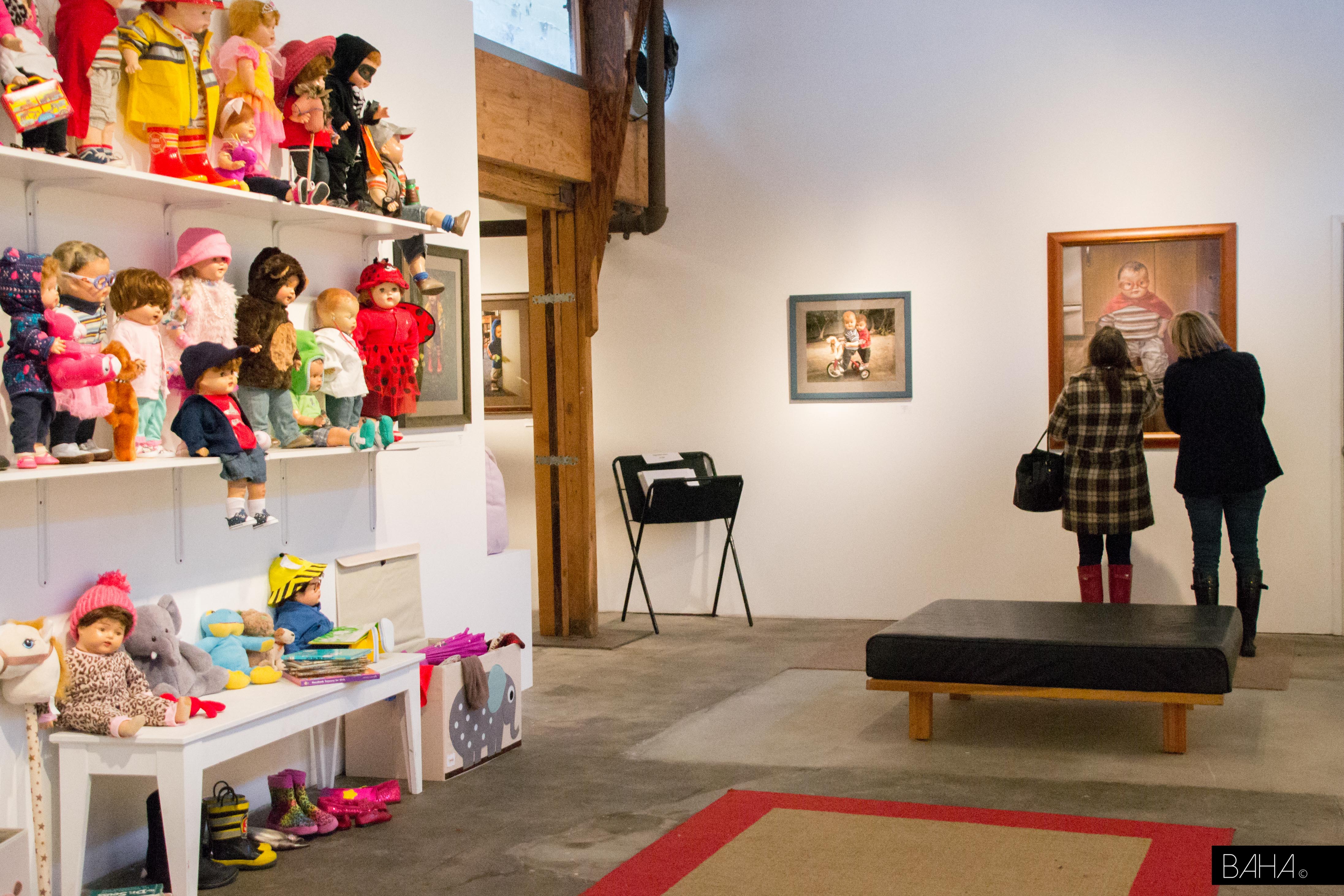 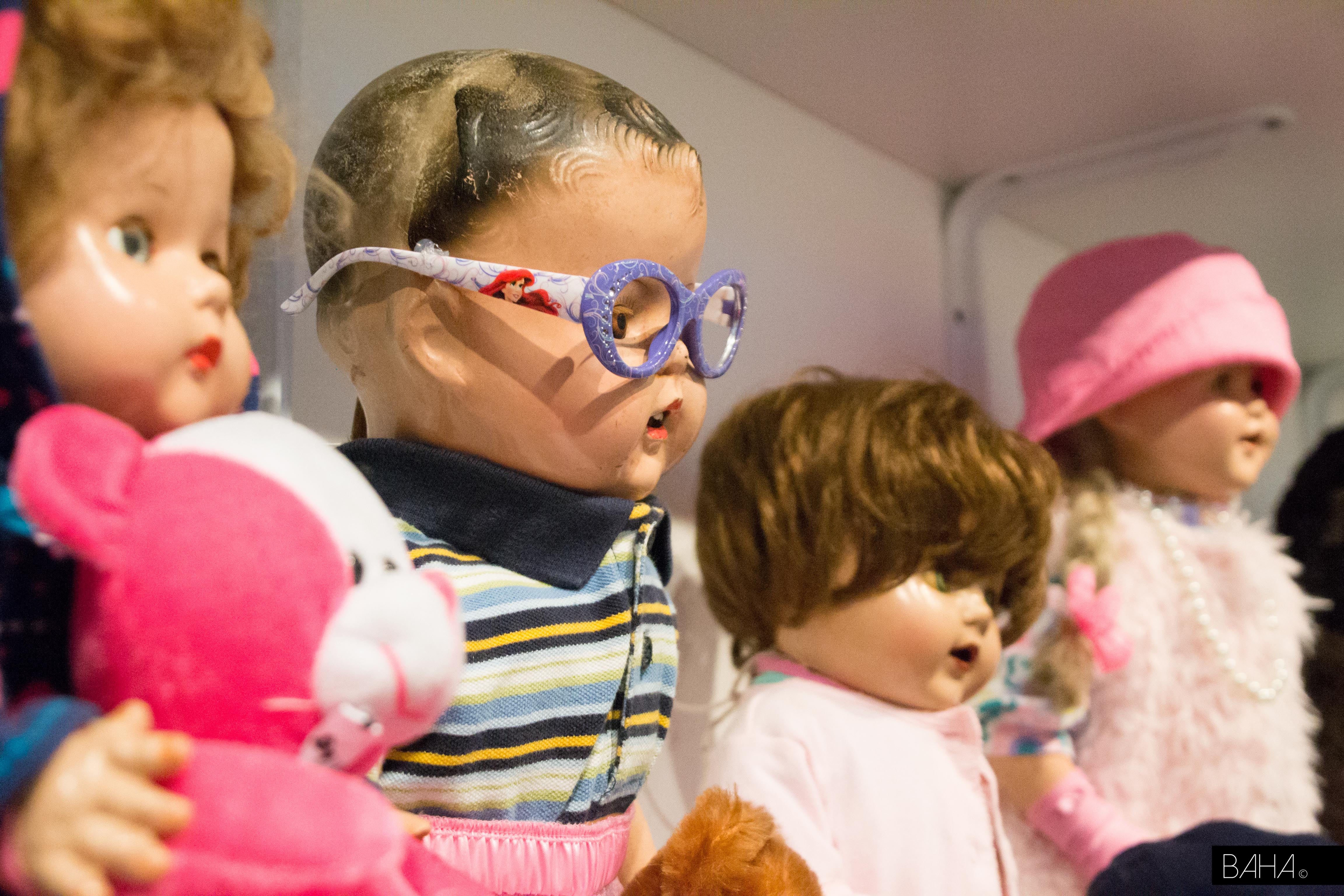 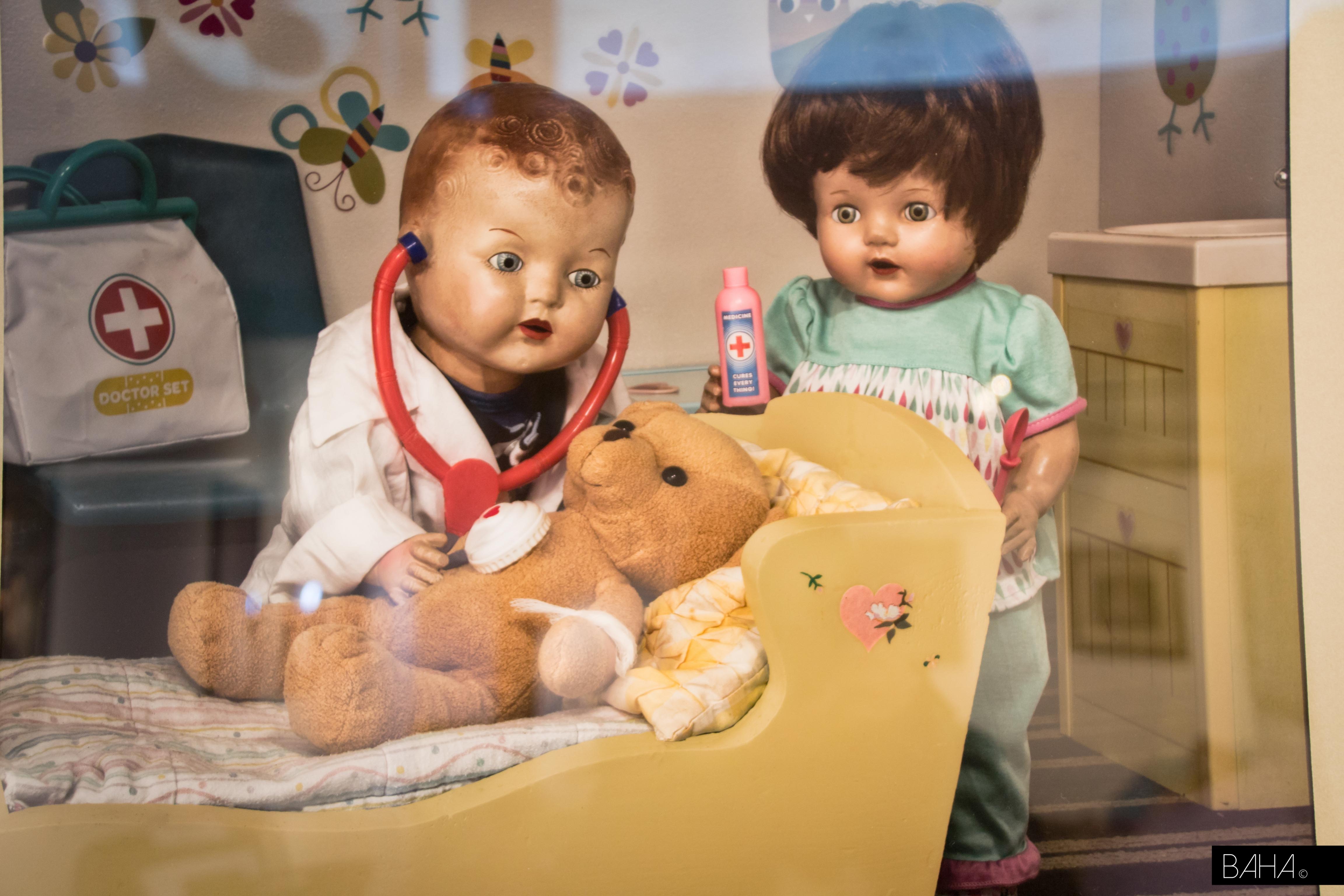 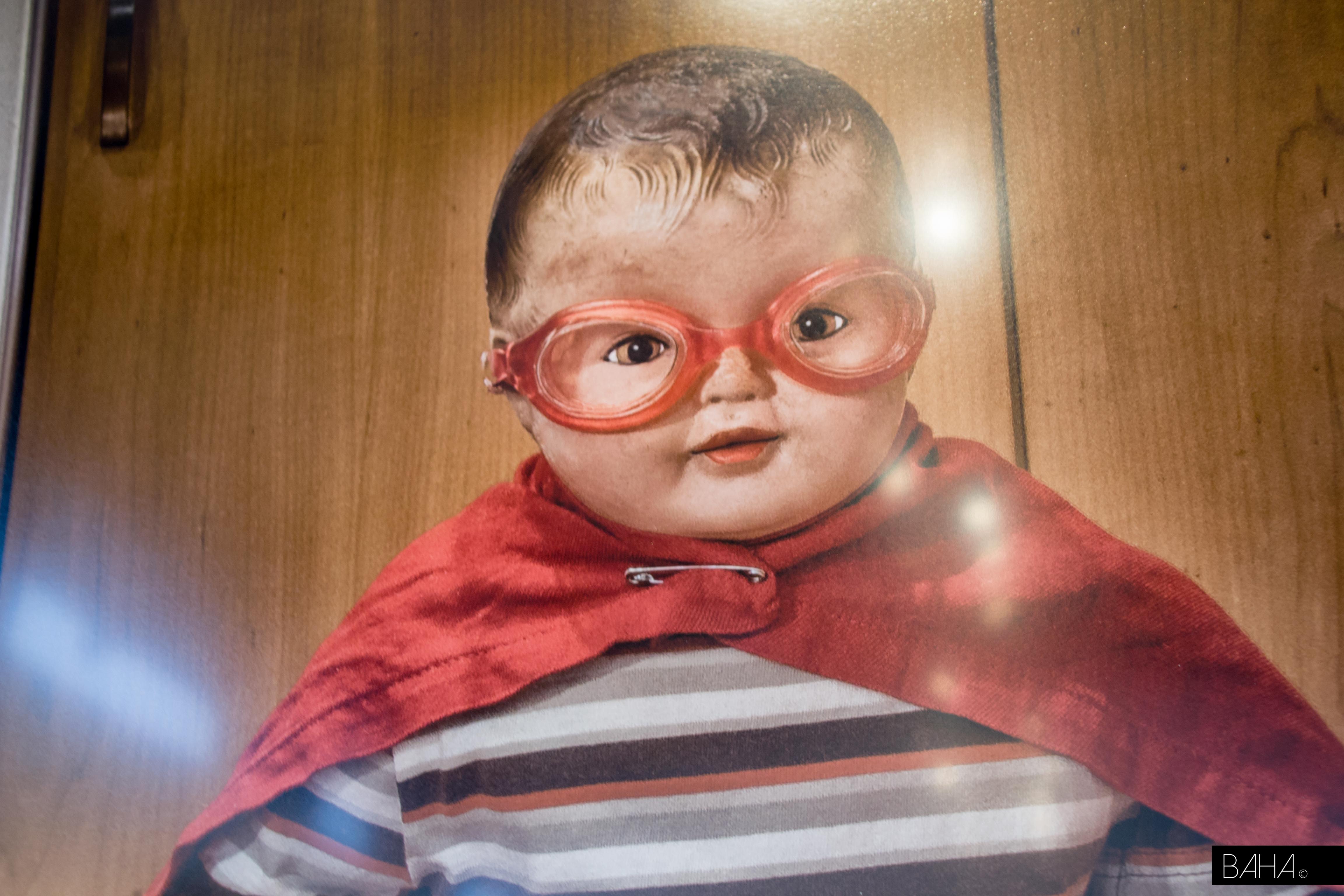