Escape from New York first graced the big screen nearly thirty-five years ago. Although its follow-up, Escape from LA, took sixteen years to materialize, fans of the original cult classic were thrilled for the opportunity to see their hero, Snake Plissken, back in action.

While it’s unlikely that Snake Plissken will make a third debut, his memory lives on in Marz Jr.’s solo exhibition, “Places Snake Plissken Has Escaped from,” now on view at Wallspace.

Not only is Marz Jr.’s reference to John Carpenter’s Escape series comically clever, but it provides an apt frame for the content of his show, which features iconic landmarks and buildings specific to New York and Los Angeles.

Before moving to Los Angeles in 2012, Marz Jr. spent ten plus years in New York, working for Zylonol Studios, coloring comic books for Marvel and DC Comics, an experience that has contributed to his distinct style.

When asked, “Why choose art?” Marz Jr. revealed that his attraction to art has always been based in its capacity to incite dialogue.

“I aim to create fun, simple, peaceful images that viewers can relate to and connect with in their own personal ways. I’ve always been attracted to drawing and enjoy the immediate response I can have on a viewer.”

Not only does Marz Jr.’s work embody a definitive style, but his paintings generate genuine feelings of nostalgia in viewers. One reason for this is because he often looks to his childhood memories for inspiration. By depicting his subjects as he remembers them from his youth, Marz Jr. innovatively summons wistful sentiments from an era past.

“As a kid, I read a lot of comics, and I loved watching movies like Ghostbusters, The Goonies, The NeverEnding Story and even some horror movies like Nightmare on Elm Street and the Alien series. These stories from my childhood tend to inspire visual triggers. When people see my work, they smile or nudge their friend and say, ‘Hey, remember this’.”

While Marz Jr.’s memories prove formative to his practice, his style is the culmination of a variety of influences that range from art deco illustration to pop culture to sequential art, which he studied at Savannah College of Art and Design.

“I especially admire comic artists like Alex Toth. His use of simple bold lines has really influenced my work. Another artist who has influenced my style is Bob Gill. His humor and clever take on design pushed me to find fun ways to compose my pieces. I also pull from the nostalgic feel that comics from the 1980s can emit, particularly those that relied upon a printing process where the color often bled outside the lines.”

Dedicated to his fine art practice and career as a freelance illustrator, Marz Jr. also works across various digital platforms. Currently, he’s working on a stop motion animation pitch with Bix Pix entitled My Best Friend is a Pancake.

“Places Snake Plissken Has Escaped from” will remain on view at Wallspace on La Brea Boulevard in Hollywood through October 31st. 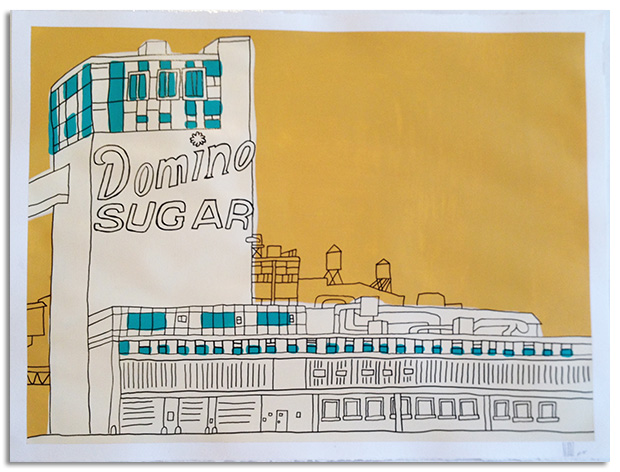 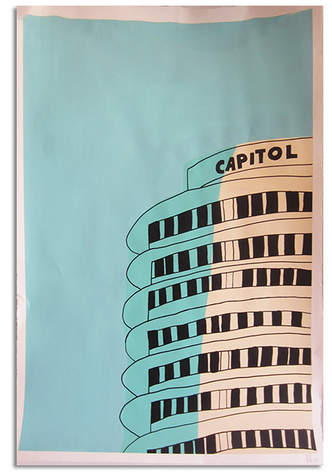 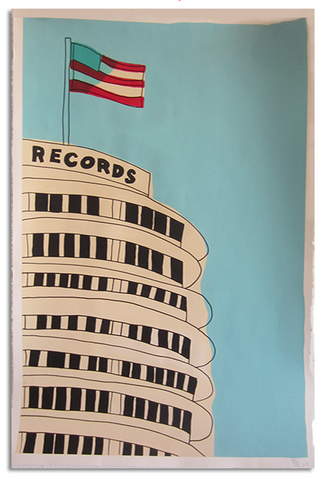 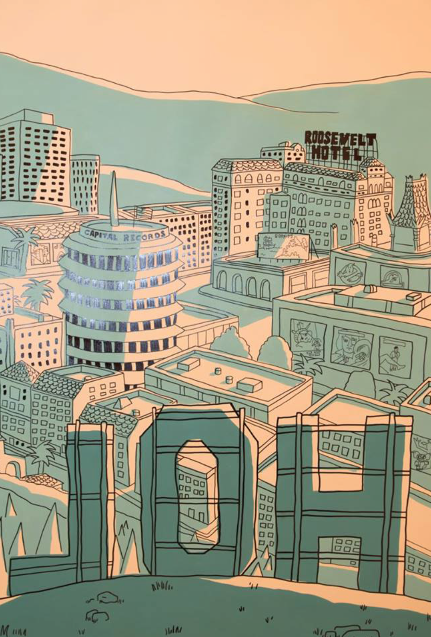 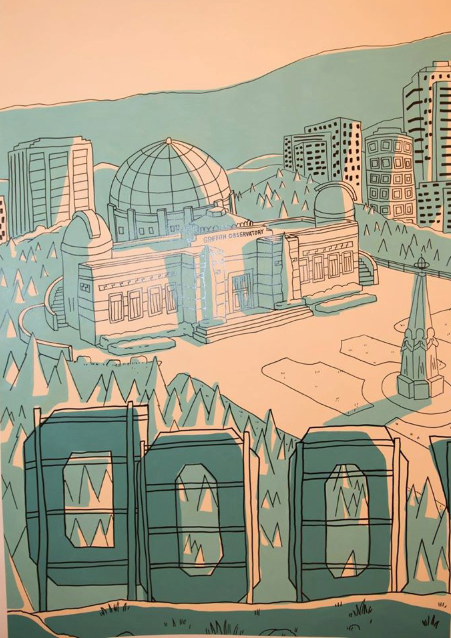 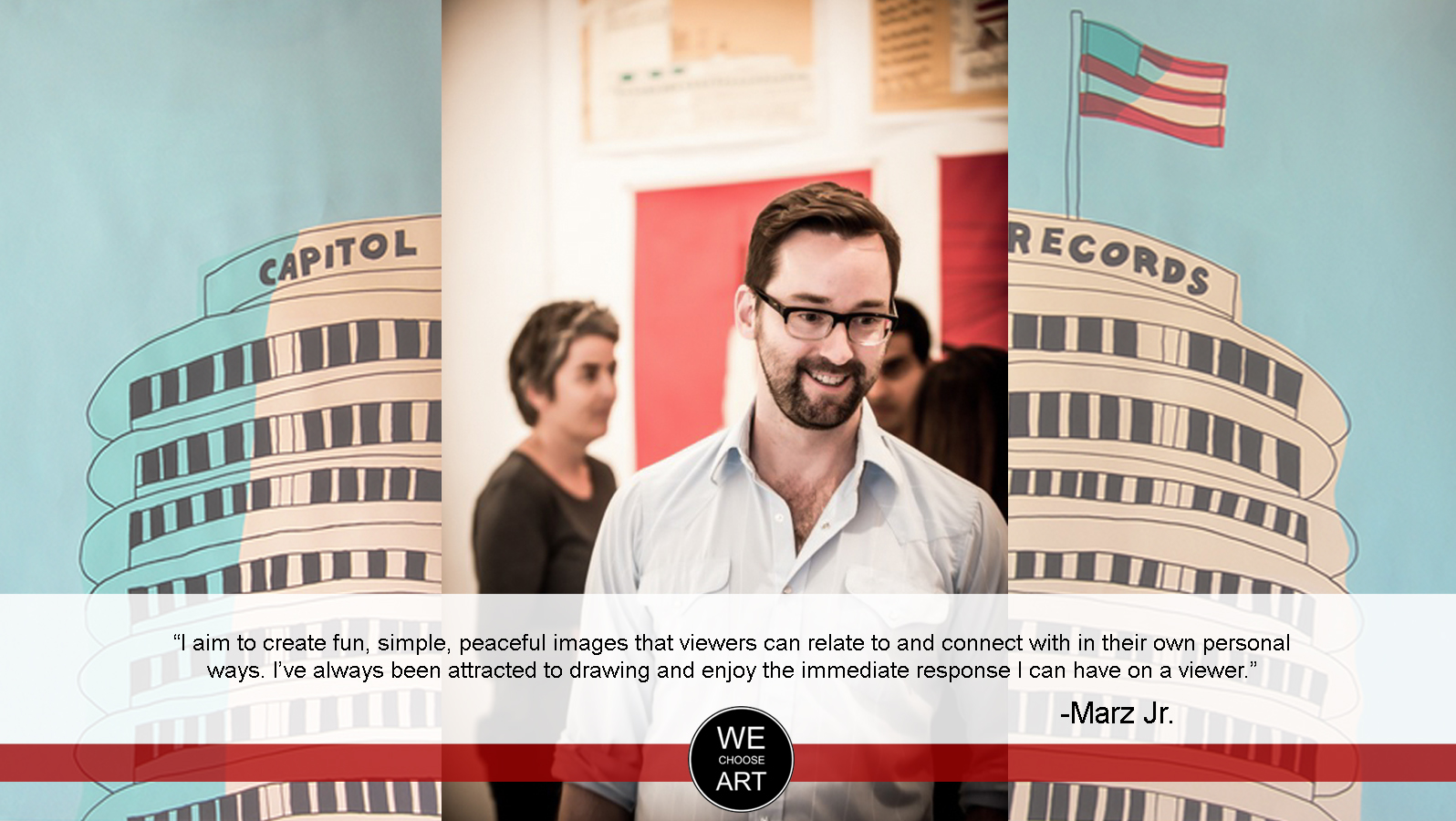